No, ‘Blucifer' will not be taken down at Denver International Airport 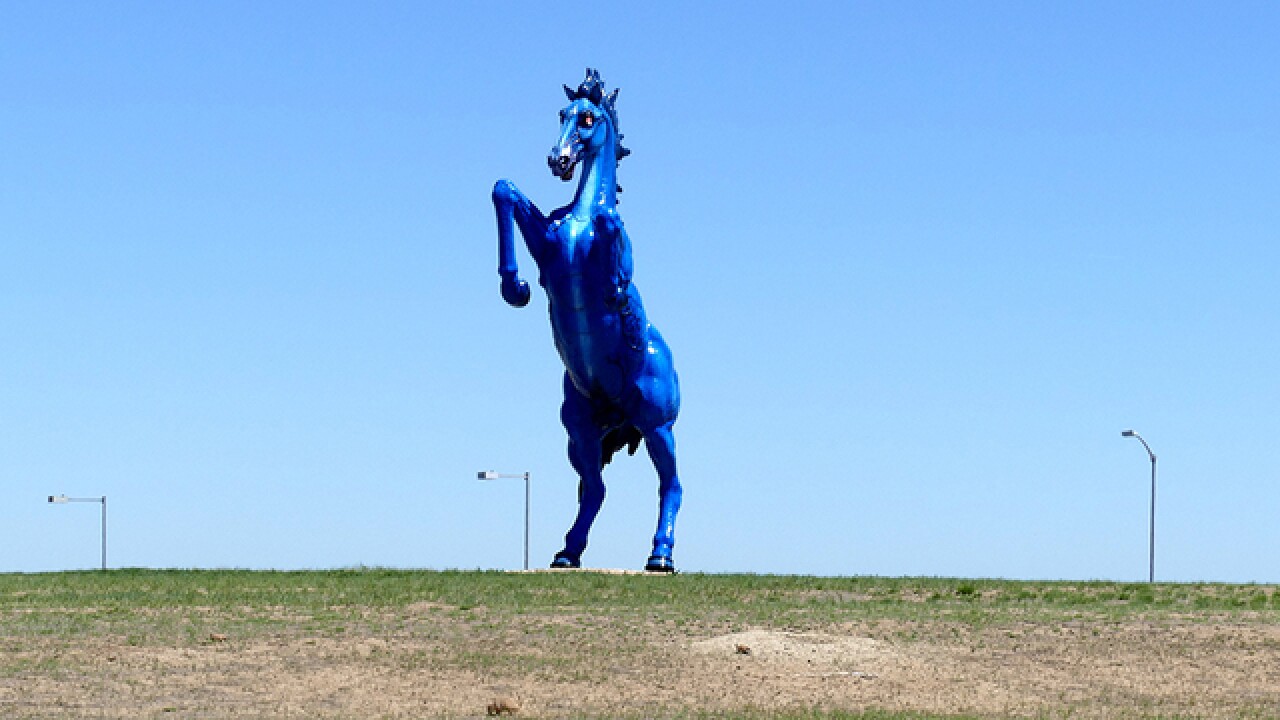 DENVER – If “Blucifer” scares the living hell out of you with its creepy, glowing red eyes, I’ve got bad news for you. On the other hand, if you’re like me and find the deepest joy when staring into the eyes of this demonic-looking horse, then please read on and share this news – because nothing beats fighting a tangled web of lies with the light of truth.

On Thursday, a post from a page calling itself the “Denver Tribune” started getting some traction on Facebook after claiming city officials were considering “the fate of this inspiring art piece” during a meeting on Thursday.

The post went on to state that the statue had inspired backlash from the general public, going so far as death threats being sent to the Art Commissioner of Colorado.

The thing is, this is all fake news.

And before you say, “Really, Denver7? This is what you’re reporting on?” Believe me, we wouldn’t be writing about it if people weren’t actually believing this whole thing to be true.

Here are the facts (in case you want to impress your friends, or better yet, that special other during dinner tonight).

“Blucifer” actually has a name, and it’s not “The Blue Stallion”

Jimenez (wrongly identified as Luis Paso in the Facebook post) was, in fact, killed by his own creation when the head of the mustang fell on him, severing an artery in his leg. He was never decapitated by the sculpture, as the post states.

Denver doesn’t have a governor

The post attributes its “reporting” on claims from a so-called governor of Denver, J.W. Hickenlooper.

As you may very well know, Denver does not have a governor (it has a mayor – and his name is Michael B. Hancock). There is a Hickenlooper running things around this area we like to call "Colorado," but his name is John. This should have been your second red flag that the article is fake, people!

We do wish there was a Casa Bonita Courthouse

The article claims those involved in a “last planned meeting regarding Blucifer’s dismantling in 2013” were either killed or went missing, and that their families were going to demand answers from the city at the “Casa Bonita Courthouse."

(Un)fortunately, such a courthouse does not exist.

However, if you would like to know more about Casa Bonita and why it’s such an important Denver institution, I invite you to read this article.

The Denver Tribune did exist – more than a hundred years ago

It’s worth noting that the Denver Tribune did exist at one point in Denver’s history. Sadly, it disappeared more than 130 years ago.

The weekly newspaper ran from 1871 to 1884, according to public records.

Now that you know the truth, please share it far and wide with everyone you know.