It's a boy! Help April the giraffe name her new baby calf 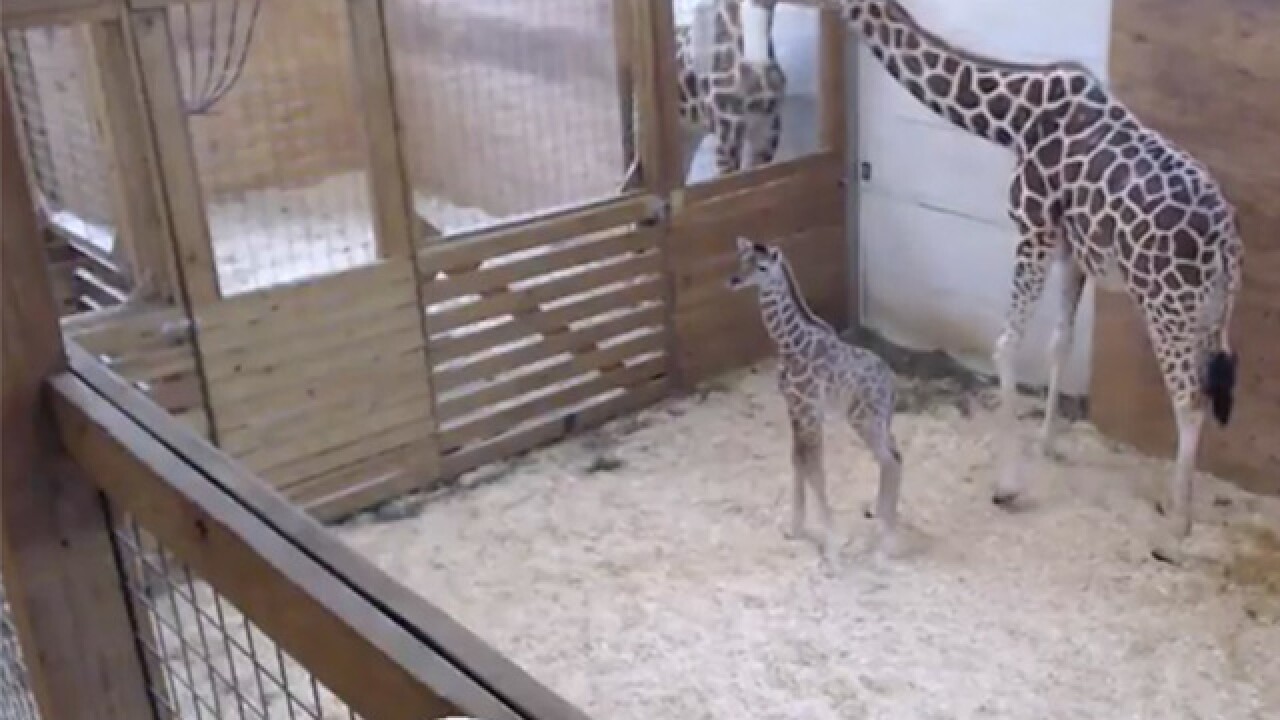 April delivered the male calf at around 7:53 a.m. MDT, according to Animal Adventure Park owner Jordan Patch. Both mama and baby are healthy, Patch added.

While the calf’s weight is currently unknown, zoo officials said they weigh around 150 pounds and are about 6-feet tall at birth.

So what happens next?

Patch told local media the zoo’s giraffe cam would continue to livestream April and her baby until Thursday, April 20.

Ever since April the giraffe went viral, zoo officials have said they would hold a social media contest to name the newborn.

The time has come and here’s all you need to know if you want to participate:

The funds collected from the naming contest will be used for giraffe conservation efforts, a program called Ava’s Little Heroes, and money will also go toward helping Animal Adventure Park.

You can watch Animal Adventure Park’s giraffe cam live below: