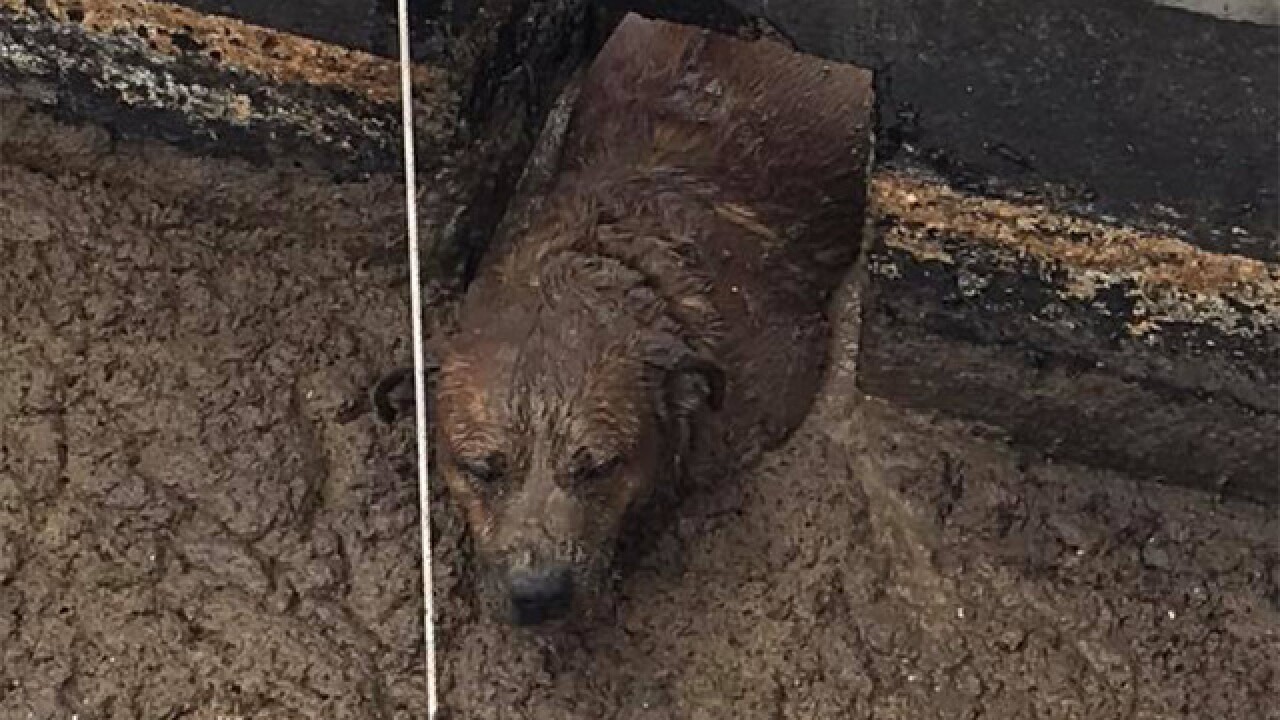 PUEBLO, Colo. – A dog is in safe hands – not to mention clean as whistle – after he was almost snout-deep in waste water at a treatment plant in Pueblo this Monday.

Pueblo West firefighters went to the Metro Waste Water Treatment plant after workers spotted the pup stranded in one of the aeration ponds. The dog had apparently been there for about one and-a-half hours before he was noticed by employees.

Crews worked calmly so as not to startle the dog and were able to get it ouf the culvert, officials said. Firefighters did not say how long it took for the ordeal to be over.

The dog was then decontaminated (as were the crew and all tools), and was later turned over to animal control.

Firefighters said the dog did not seem injured.