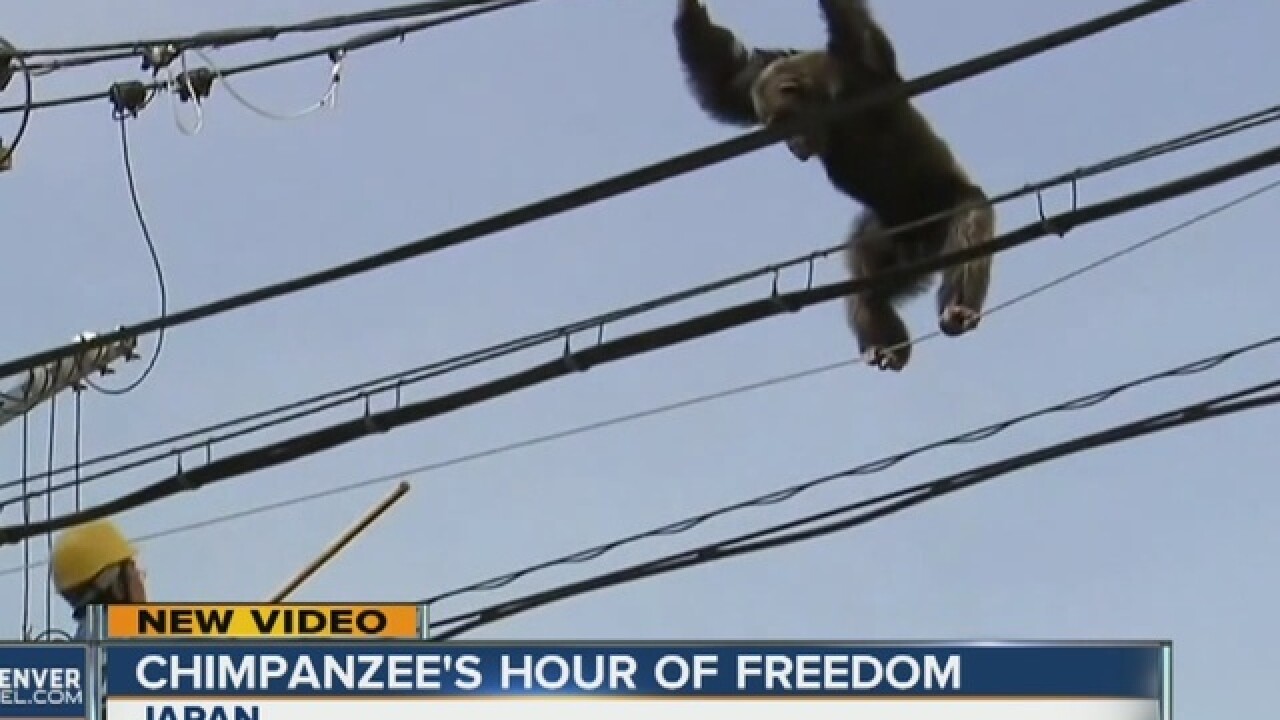 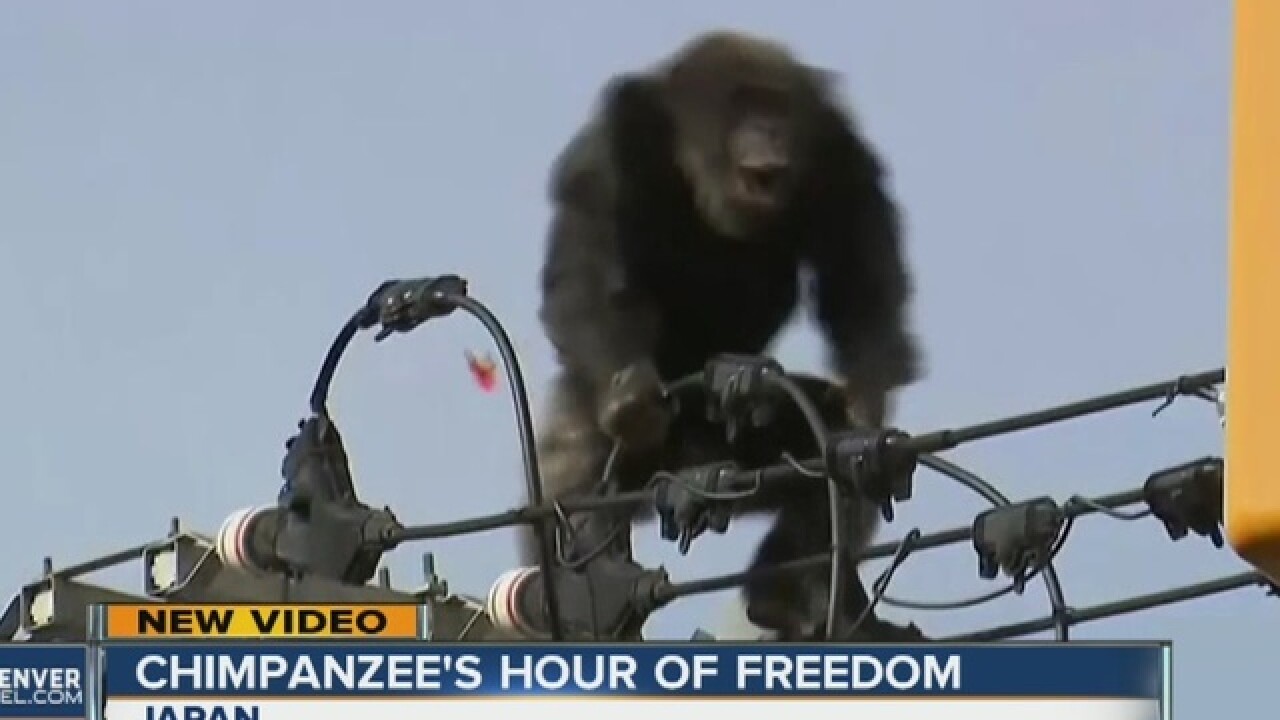 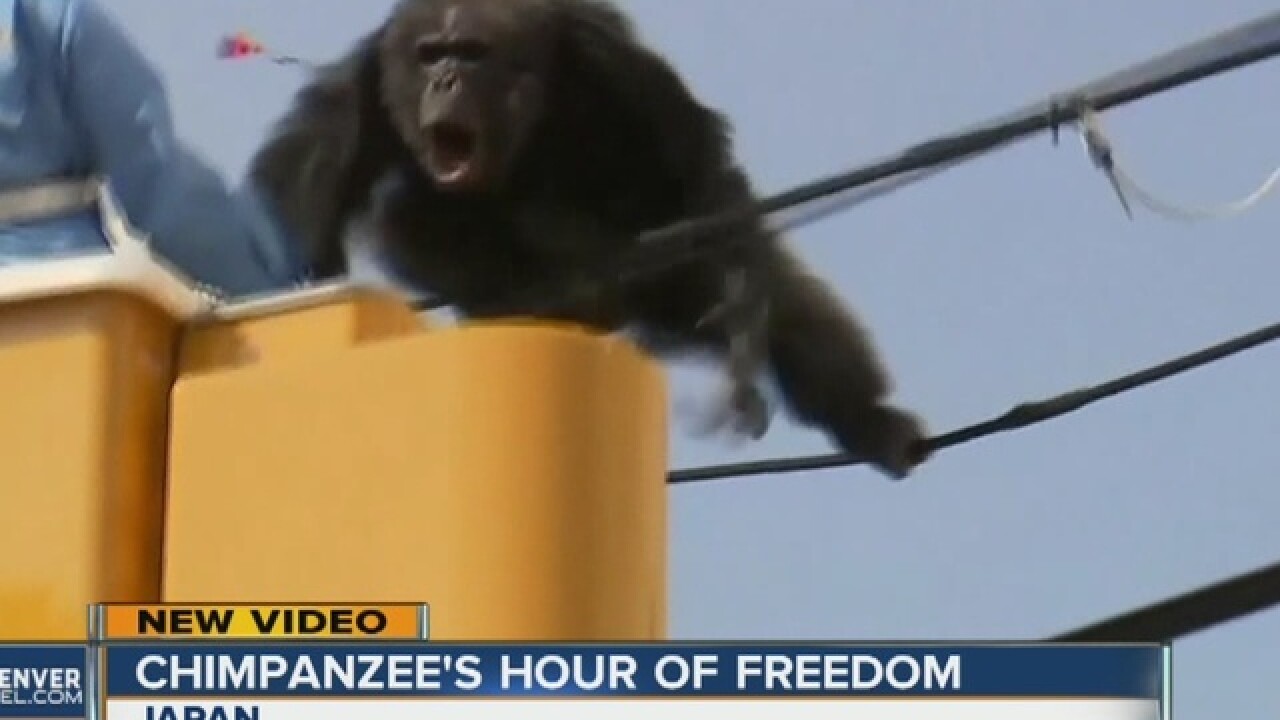 A chimpanzee fled from a zoo in northern Japan and tried desperately to avoid being captured by climbing an electric pole.

Chacha, the male chimp, was on the loose nearly two hours Thursday after it disappeared from the Yagiyama Zoological Park in Sendai, the city that's hosting finance ministers from the Group of Seven industrialized nations in May.

Watch out! There's a #chimpanzee walking on some telephone wires in Sendai:https://t.co/3heeVgIzZ1 pic.twitter.com/h5YH5wGmMM

TV footage showed Chacha perched atop the pole, agitated and screaming at zoo workers below.

Chacha was hit by a sedative arrow in the back but ripped it out and threw it to the ground.

Chacha desperately tried to escape, dangling from a power line for as long as he could.

He finally gave up and fell head down into a blanket held by a dozen workers on the ground.

Zoo officials are investigating how he escaped.