Teaching seniors about tech, and doing a little ‘carpool karaoke’ while they're at it 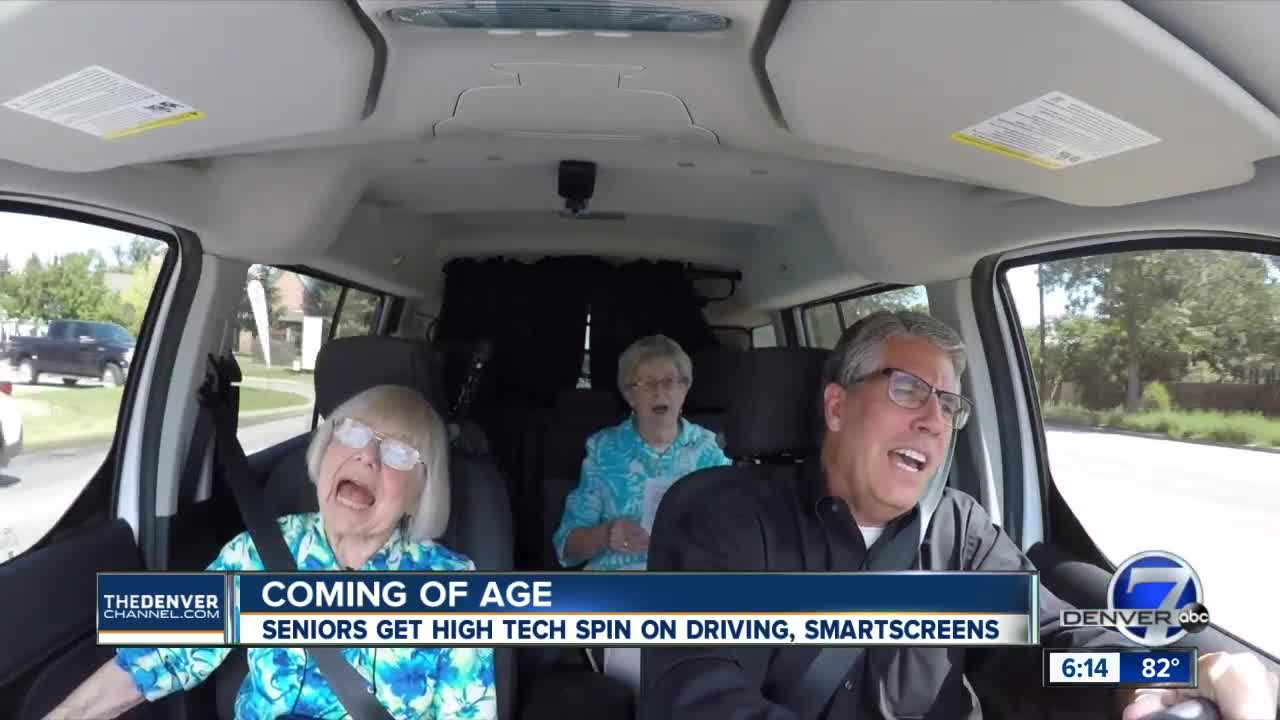 DENVER — A Colorado-based company is trying to change the narrative when it comes to senior citizens and technology, through educational programs keeping them connected and energized.

“We all have a thirst to be connected, to be engaged and to be relevant but there are physical and cognitive issues you have to deal with,” Jack York of “It’s Never 2 Late” told Denver7.

York travels to various senior living communities and helps teach seniors about technology. His latest stop was at Clermont Park in Denver, where trainers showed the seniors there how to operate smart boards in the facility, that are equipped with everything from calendars to games.

“My mind was confused but it was very active,” resident Mollie Graves joked.

“It’s fun to see them latch onto this and say, 'lets try this out.' What’s the worst that could happen when you engage with new technology?” Clermon Park’s Andrew Sharp said.

(Well, you could crash the virtual driving simulator like 107-year-old Gertie did.)

And while the seniors never made it to the lesson of how to search Youtube for viral videos like ‘carpool karaoke,’ they did keep the seniors energized by making their own version. York took two residents, Mollie and Trudy, out in a van equipped with GoPro cameras for a singalong.

“Something I never did before, that’s for sure,” Trudy said.

The three sang classics like “Oh Susanna” while laughing and joking. While it isn’t hands-on tech, York says it’s still important to keep this generation energized.

“It’s cool to hear them talking about how much they want to show their kids and grandkids and say, 'grandma is still cool,'” he said.

For more information on the program, head to https://in2l.com.