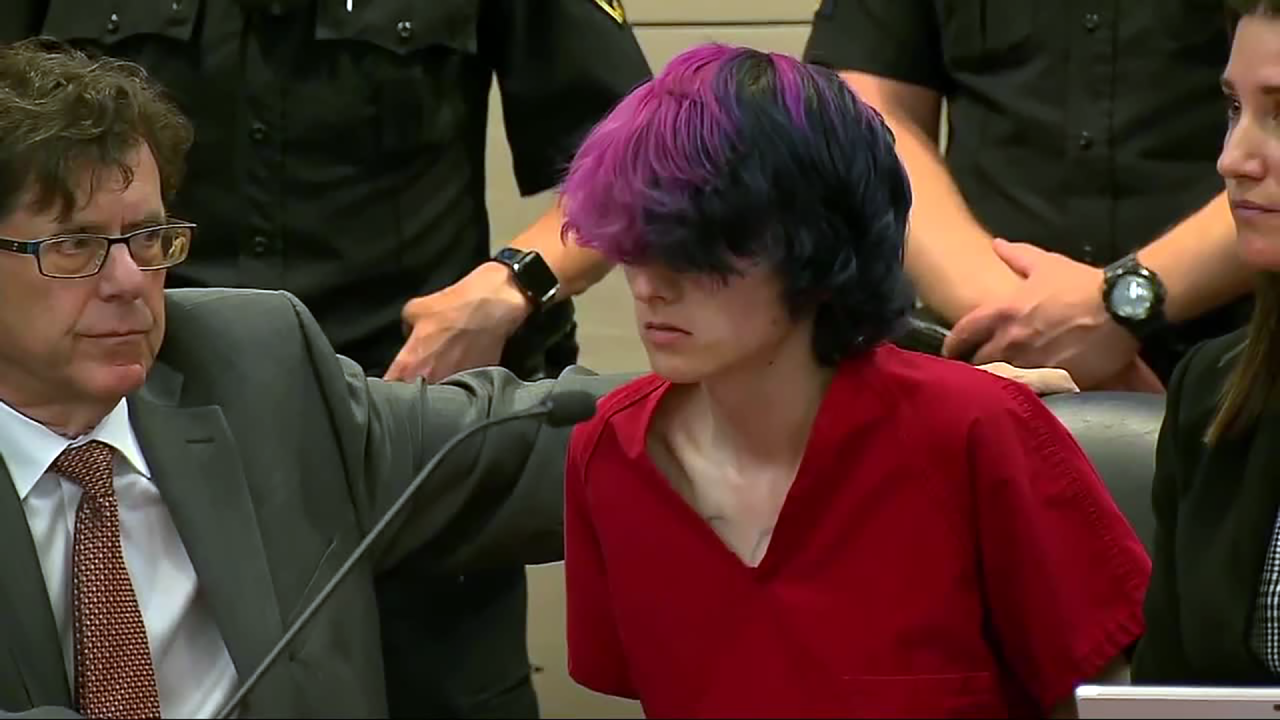 DOUGLAS COUNTY, Colo. – The preliminary hearing for one of the STEM School Highlands Ranch shooting suspects is expected to begin Tuesday morning, after which a judge will determine whether prosecutors have presented enough evidence to carry felony charges forward in the case.

The preliminary hearing for Devon M. Erickson, 19, is expected to last three days, according to the district attorney’s office. During the hearing, prosecutors plan to call witnesses and to present evidence to show why the 43 felony counts against Erickson should move forward to a possible trial.

Erickson faces two separate counts of first-degree murder along with dozens of other counts of attempted first-degree murder, and several other felonies and misdemeanors, in both the May shooting at the STEM School and events that allegedly happened beforehand, including stealing firearms from a gun cabinet at his parents’ house, providing firearms to his juvenile co-conspirator and lighting a car on fire at his parents’ home.

MORE: Click here for all of Denver7’s coverage of the STEM School Highlands Ranch shooting.

Kendrick Castillo, 18, was killed in the May 7 shooting and eight other students were injured. Castillo was killed after charging at one of the suspects.

Erickson’s defense attorneys had originally asked for the preliminary hearing to be held in October, saying they had mounds of evidence to go through, and prosecutors had asked for it to be set in August. But the judge ultimately decided on the Sept. 24-26 date.

Alec McKinney, the 16-year-old charged as an adult in the shooting, is set for a status hearing on Sept. 30, a preliminary hearing on Nov. 18 and a reverse transfer hearing, which would determine whether to send the case back to juvenile court, is set for Nov. 19-26.

An affidavit detailing the shooting and the events that led up to it, which was released in June, said that McKinney planned the attack to get revenge against other students and threatened Erickson if he did not go along with the plans.

McKinney told investigators that he had been planning the school shooting for a few weeks and "wanted everyone in that school to suffer and realize that the world is a bad place," the affidavit said. It said the juvenile threatened to kill Erickson if he did not get guns out of his parents’ cabinet.

While at the school, the affidavit said Erickson had a Glock when he was rushed by two students and the weapon discharged. It said when deputies found him, he had been disarmed by students and was being held down. One student in the room had been shot in the leg and the other – presumably Castillo – was unconscious with a gunshot wound to his torso.

The private security guard working at the school that day was not supposed to have been armed , and prosecutors have been reviewing the guard’s actions. The affidavit said that the guard fired two rounds at incoming deputies at the school, one of which hit a female student in one of the classrooms.

Erickson’s defense attorneys have asked the court for three days for the preliminary hearing in front of Judge Theresa Michelle Slade, which is expected to begin at 9 a.m. Tuesday. Denver7 plans to have reporters in court but cameras are not allowed at the hearing.

Both Erickson and McKinney are being held without bond.