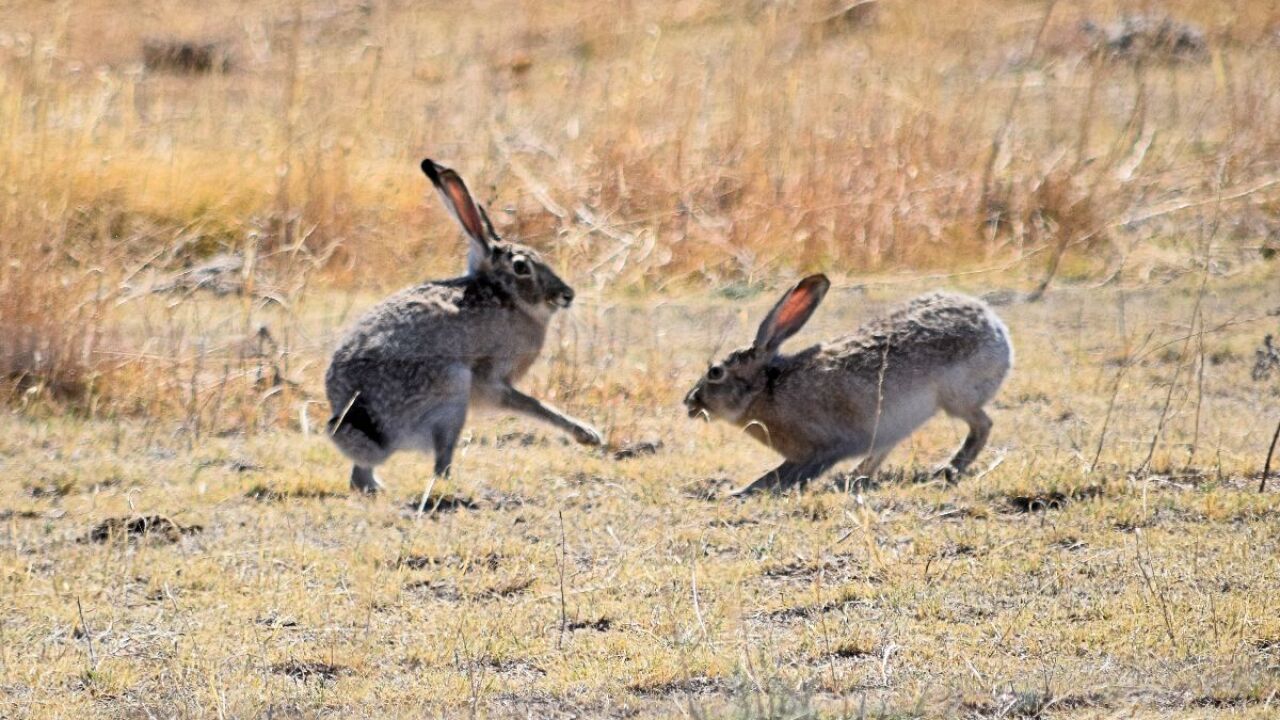 On Thursday, the deadly virus was confirmed in dead wild jackrabbits found east of Barr Lake State Park in Adams County, making it the seventh county in Colorado with positive RHDV-2 cases, according to Colorado Parks and Wildlife officials.

CPW officials said officers picked up six dead jackrabbits from an Adams County landowner after she reported seeing them the morning of June 4 walking her property.

The woman told CPW she saw dead rabbits on her property over the previous three weeks – all single ones – never groups of dead rabbits, according to a news release.

“We will continue to monitor jackrabbits and cottontails in all the counties of the Denver Metro Area,” said Matt Martinez, Area Wildlife Manager for seven counties surrounding Denver. “This may appear to be an isolated incident, but that is a part of rural Adams County so it is very possible there are other cases out there that haven’t been observed or reported.”

The last RHDV-2 case prior to the one in Adams County was a domestic rabbit from Weld County that was reported on June 6, CPW officials said.

RHDV-2 does not affect humans or domestic species other than rabbits, CPW said, but is highly contagious and lethal among rabbits. Affected animals may have blood staining the nose and mouth, officials said in the news release.

The disease is considered a foreign animal disease and is of high concern at the state and federal levels. Until recently, officials said, it was not considered a virus that would infect North American cottontails or hares. However, cases have now been reported in New Mexico, Arizona and Texas, according to CPW, prompting efforts to raise awareness of the highly contagious virus in Colorado.

Officials are asking anyone to please report any sick or dead wild rabbits, hares or pika to your local CPW office. They also ask that you do not handle rabbits or rodents that have been found dead, as well as refrain your pets or scavengers to feed on found carcasses.

They also advise people to not handle or consume rabbits or other game that appear to be sick, and instead report those cases to your local CPW office.

For people with domestic rabbits, CPW has the following guidelines:

-- Domestic rabbits should not be housed outdoors in areas where rabbit hemorrhagic disease has been detected in wild rabbits.

-- Contact your veterinarian for more information about this disease in domestic rabbits.

A 2016 report from The Center for Food Security & Public Health states the origins of the RHDV are not completely understood but “may have emerged from avirulent caliciviruses that circulate asymptomatically in European rabbits.”