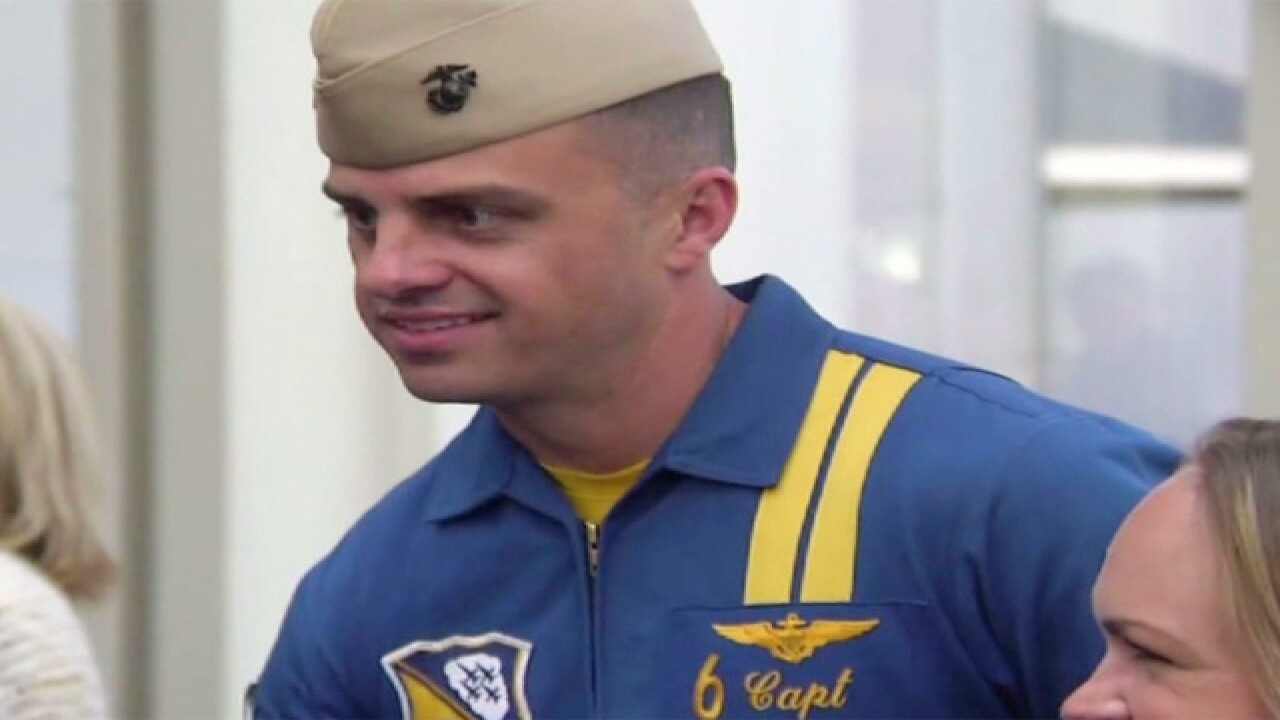 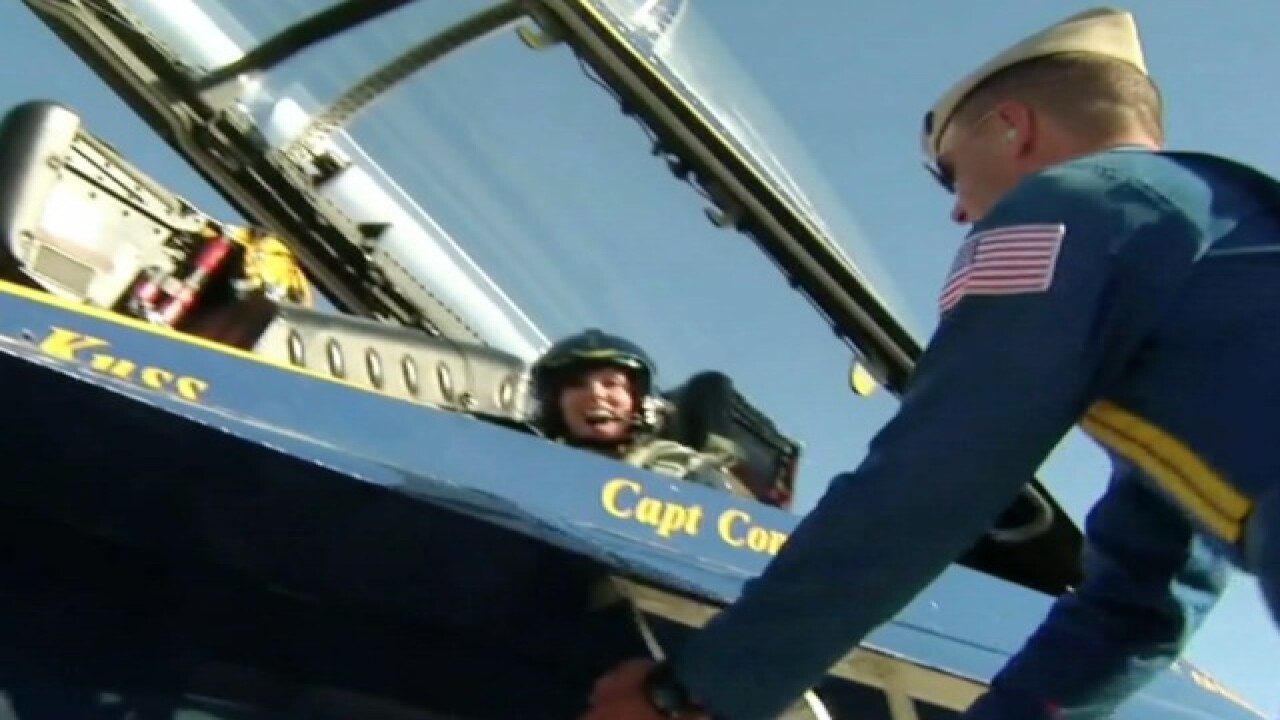 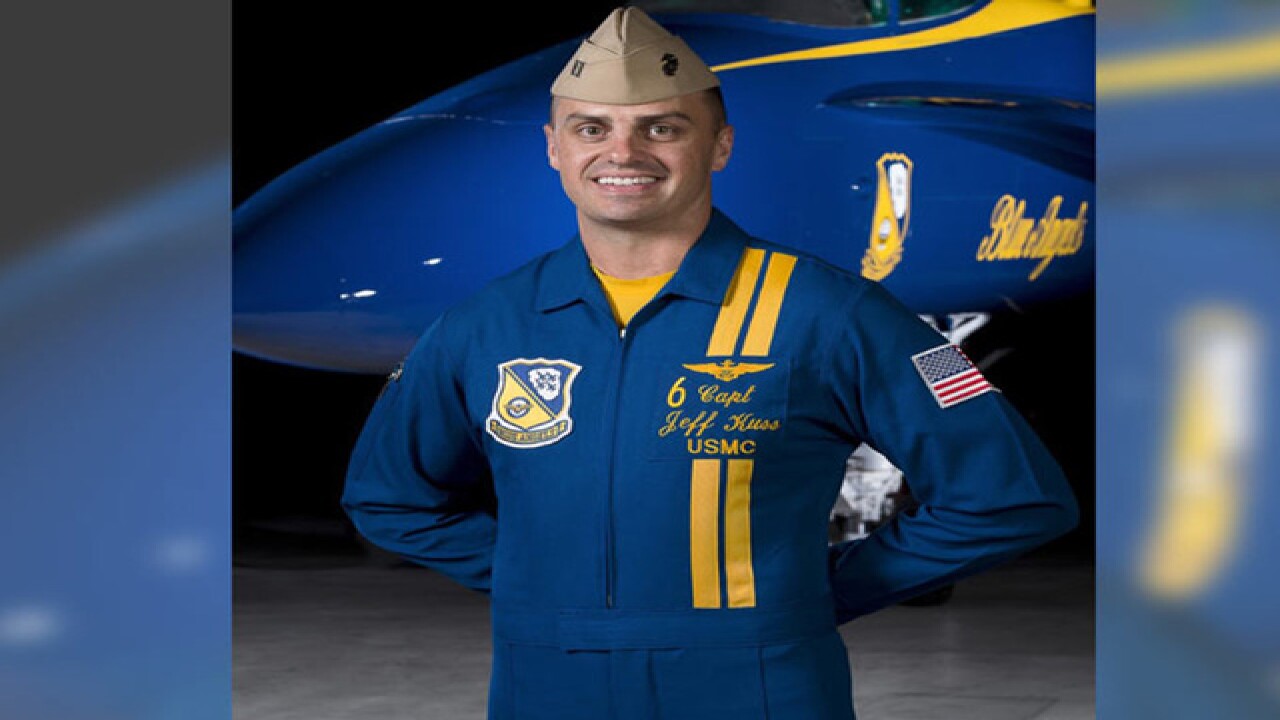 A fascination with planes started at a young age for Blue Angels pilot Capt. Jeff Kuss. He began flying at 15-years-old, and even as a young boy, he preferred playing with toy planes.

The Colorado native was killed on Thursday when his plane crashed during an air show practice run outside of Nashville.

News of the crash spread through the tight-knit Durango community where the Kuss family is well-known. He leaves behind a wife and two kids, ages 1 and 4. He also has a younger brother and they were very close.

“Got to the ultimate peak of the deal, that’s what’s so tough about this," said Michael Kuss, his father.

Many boys dream of becoming a pilot, but for Kuss, it was his mission. He went to Durango High School and graduated from Fort Lewis College with a degree in economics.

His parents, Michael and Janet, beamed with pride as they talked about their son. They owned Durango Glass for 28 years and planned to retire to Florida where Jeff and his family lived.

"He was so humble but he worked so hard," said his father, Michael.

Dr. Stephanie Owings-Edwards, a college professor, described him as a standout student.

"It's a big loss to our community, I had hoped to get Jeff to sign a picture of him and his plane this fall so I could put it up in my office, so I could tell people the Jeff story to inspire them to be as aggressive about achieving what was possible."

Kuss joined the Marines and served a deployment in the Middle East. He was a Top Gun graduate and the military selected him to join the Blue Angels in 2014. His parents say he was one of three to make the elite flying team that year.

"You'd never know he was a Blue Angel pilot... he was down to earth," said Michael Kuss.

The community of Durango followed his success and watched as Kuss took part in the flyover before Super Bowl 50.

Jeff Kuss the @BlueAngels pilot who died after his plane went down was part of the Super Bowl 50 flyover! pic.twitter.com/FrKNNQxxGK

"I’ve been up with him numerous times and, you know, the first time you see him in that Blue Angel jet it’s a little breath taking," said Janet. "Even if it’s not you’re child, it’s a breathtaking event and then when you know that I know that number 6 is my son, it’s quite an honor."

The young captain enjoyed meeting his youngest fans at the air shows and signing autographs.

"He would be the last one to leave if there were kids in line because he was one of those kids once," said his mom, Janet.

Like any Colorado native, his parents said their son loved spending time outdoors. The family would often go hiking together and said Kuss had climbed all the 14ers in the state.

"When they were home for Christmas we hiked up to Plata Canyon in a blizzard. It was miserable out and he was loving every second, 'ah the mountains, the snow!" said his dad, Michael.