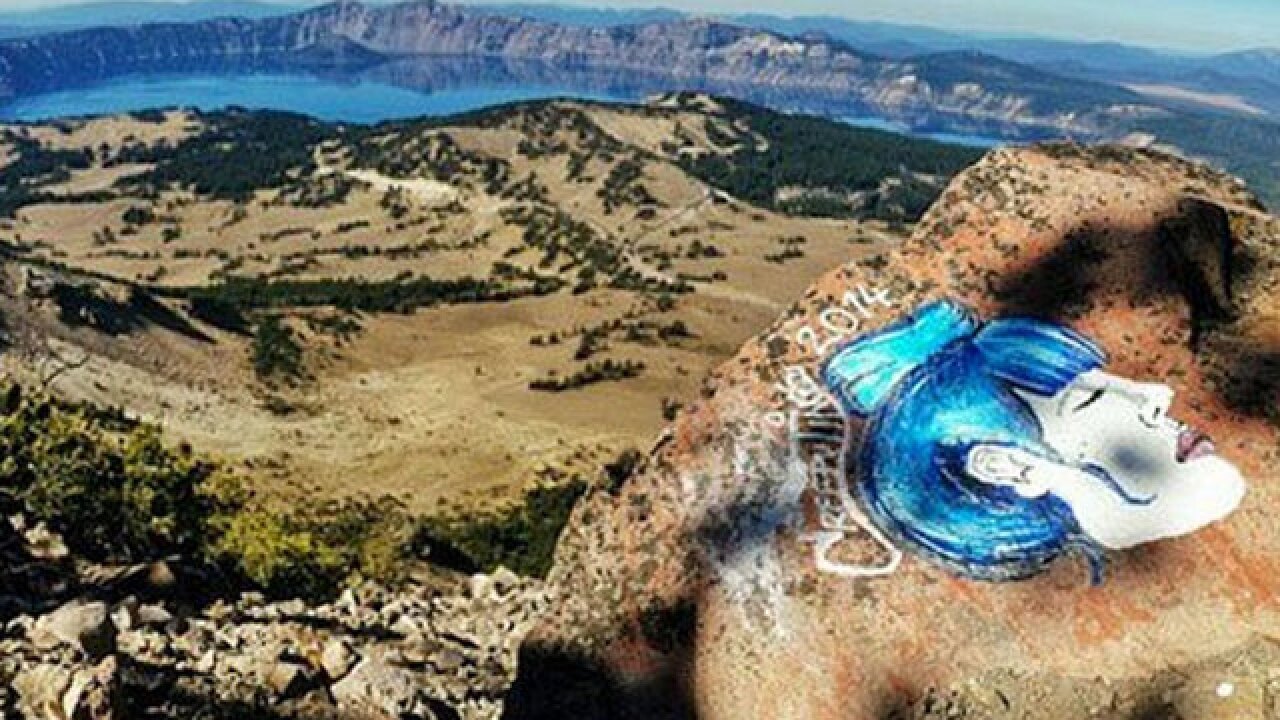 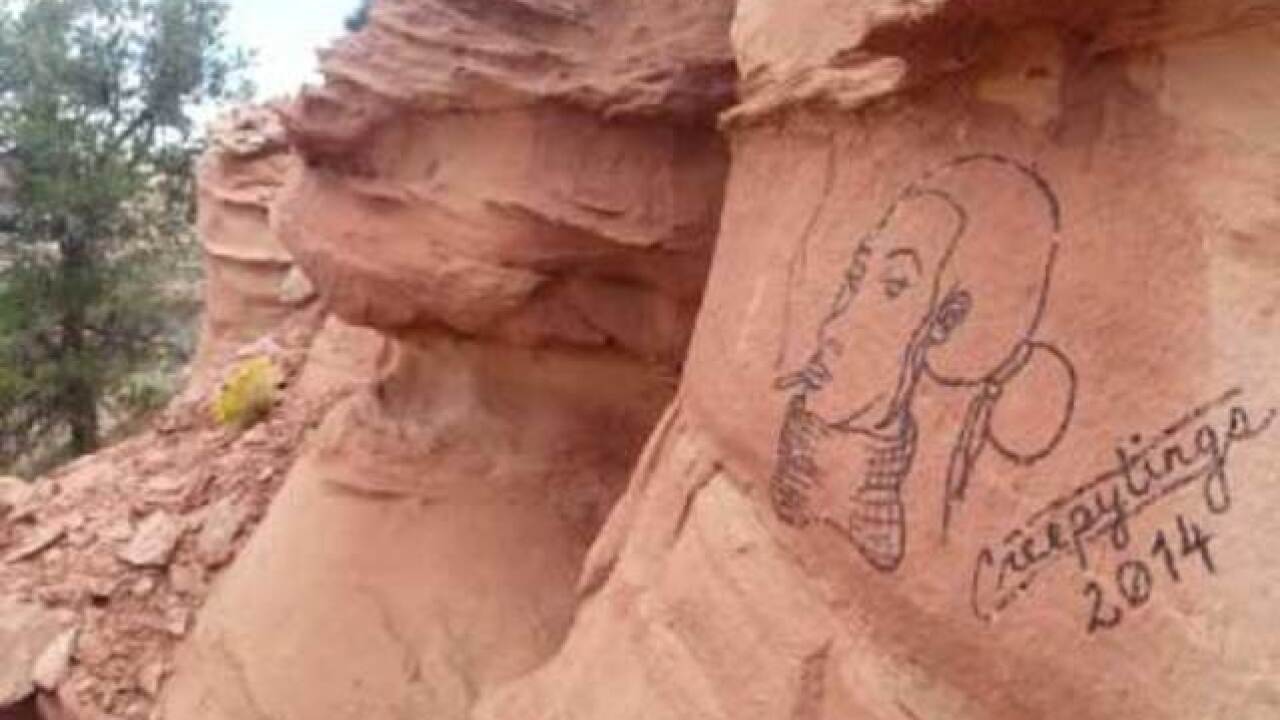 A woman who painted and drew on treasured natural rock formations at Rocky Mountain National Park, Colorado National Monument and other parks across the West and shared her work on social media has pleaded guilty to defacing government property.

Casey Nocket, 23, pleaded guilty in a federal court in Fresno, California to seven misdemeanors for the fall of 2014 painting spree at seven national parks.

The image in Rocky Mountain National Park was reported to the park and removed in late September [2014] before similar images were found in the other national parks, Olson said.

Officials found a caricature of a woman with a cigarette dangling from her lips and tendrils of smoke climbing up the face of a sandstone boulder on a trail into Monument Canyon in Colorado National Monument, according to the Daily Sentinel.

Nocket used Instagram and Tumblr to document her graffiti-like work, which led to outrage on social media.

She was sentenced to two years' probation and 200 hours of community service. In addition, the judge ordered Nocket banned from lands administered by the National Park Service, the U.S. Forest Service, the Bureau of Land Management, and the Army Corps of Engineers during the period of probation. A later hearing will determine how much restitution she must pay.