5 killed, among them 3 juveniles, when Amtrak train crashes with mini-van in Las Animas County 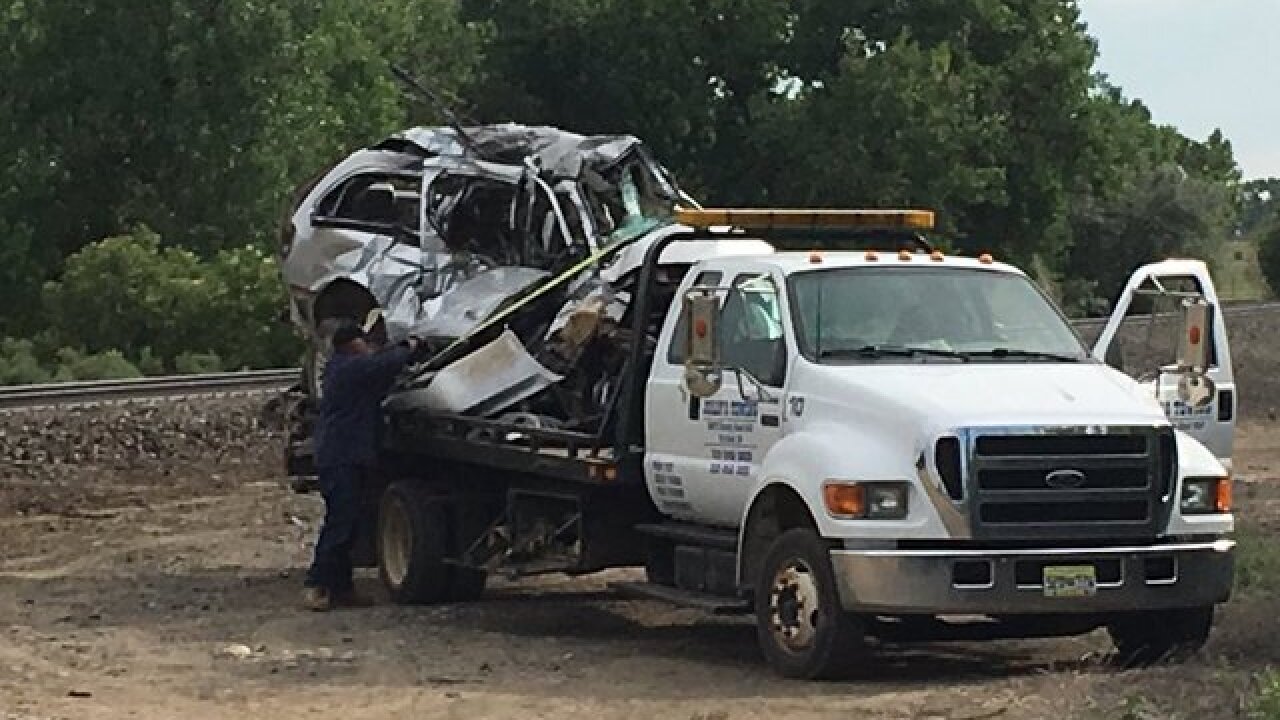 Five people were killed, among them three juveniles, after an Amtrak train crashed with a mini-van just outside Trinidad on Sunday, the Colorado State Patrol confirmed with Denver7.

A female juvenile was flown out to Children's Hospital in Aurora with serious injuries, Colorado State Trooper Josh Lewis said.

The Southwest Chief train, which travels between Chicago and Los Angles, crashed with "a vehicle obstructing the tracks" at around 9:45 a.m., according to Amtrak spokeswoman Chelsea Kopta.

The vehicle was later described as a 2005 Chrysler Town & Country, which failed to yield right of way to the train. The train then collided with the right side of the Chrysler and dragged the mini-van with it until the train came to a full stop.

"It was determined that the Chrysler Town and Country WAS NOT stopped on the railroad tracks," said a CSP official in a press release.

There was a total of 286 passengers on board at the time of the crash, Kopta said. The crew or passengers were not injured in the crash, she added.

Alcohol and drugs are not suspected in this crash. The investigation is ongoing.

A GoFundMe has been set up to help cover funeral expenses: https://www.gofundme.com/2bedqes