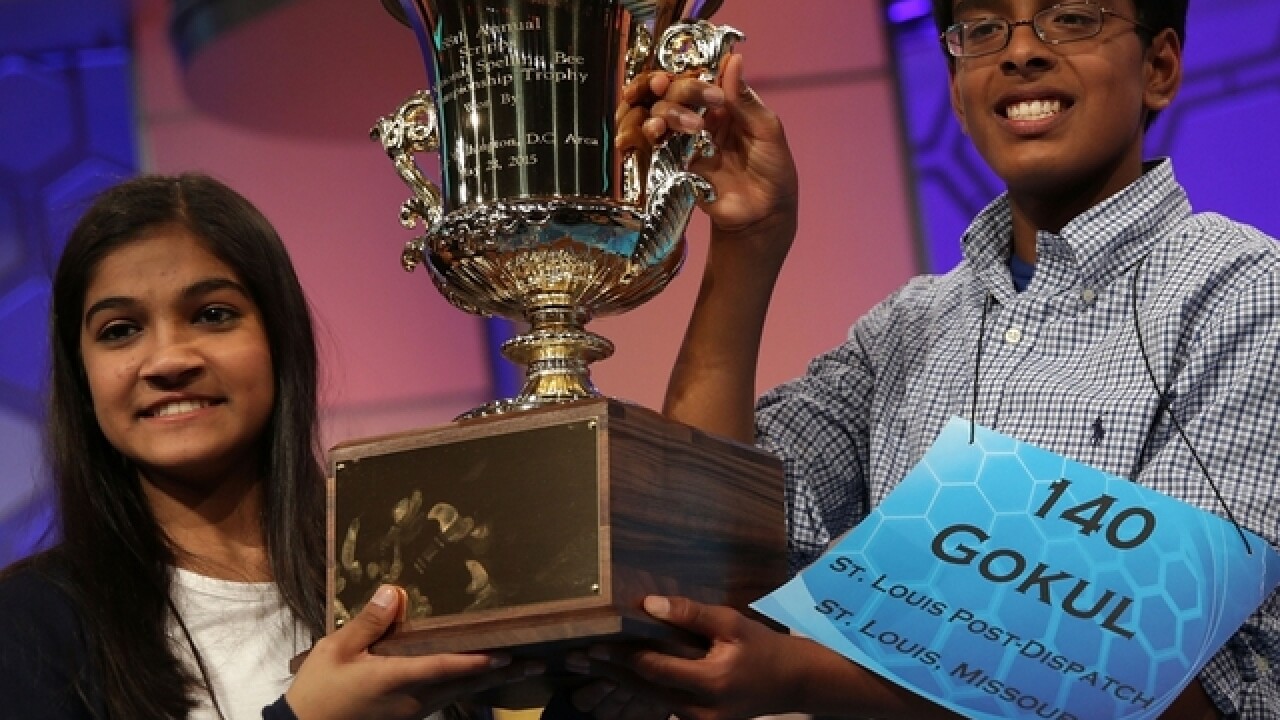 The Scripps National Spelling Bee, presented by Kindle, reaches a significant milestone this year — its 90th national bee.  Champion spellers, all 291 of them, and their families will converge on the Washington, D.C., area next week to participate and celebrate.

In 1925, 11-year-old Frank Neuhauser correctly spelled gladiolus to become the first national champion. The math adds up correctly when one considers that the national finals were suspended due to World War II from 1943-1945.

“The Scripps National Spelling Bee takes great pride in its legacy of excellence,” said Paige Kimble, executive director of the program. “Think of the generations of families and millions of students the spelling bee has positively impacted throughout its history. What started as a quaint contest with nine students has flourished into a national treasure where hard work is recognized and rewarded, and the lessons learned can last a lifetime.”

The spellers are among the top 0.000026 percent of more than 11 million students who initially participated in spelling bees held in classrooms, schools and local sponsored events. They come from all 50 U.S. states, the District of Columbia, American Samoa, Guam, Puerto Rico, the U.S. Virgin Islands and Department of Defense Schools in Europe. Eleven spellers represent the Bahamas, Canada, Ghana, Jamaica, Japan and South Korea.

The spellers range in age from 6 to 15. Seventy-three spellers previously competed in the national finals. Twenty-nine spellers have relatives who previously participated in a combined 51 Scripps National Spelling Bees.

Activities for all participants in the Bee this year:

• The traditional Memorial Day picnic will take place at Nationals Park, home of the Washington Nationals, the city's Major League Baseball franchise.
• Monday night’s opening ceremony will be a celebration of the history of Bee champions.

• Kindle Corner returns for spellers and families. The interactive space provided by Kindle features a lounge area to relax and read a favorite book; an alphabet soup foam pit reserved just for kids; and a Kindle wall that will showcase customized book covers created for each of the champion spellers.
• The Spellebrity Video Contest Premiere returns for its second year to recognize the creativity of young video producers. Five Finalist teams won expenses-paid trips to the Scripps National Spelling Bee. Held Tuesday evening, this event showcases the teams’ videos. The spellers will vote for their favorite video, and each member of the winning team will win a prize of $1,000 and a trophy.
• The Scripps National Spelling Bee has a robust plan for sharing the competition and behind-the-scenes excitement with Twitter competition posts and Facebook Live reports. Fans of the Bee also can engage on Instagram, YouTube and Snapchat (scrippsbee).

• The Bee posts daily photos to Flickr during Bee Week. The photos are searchable by speller number. Use 2017speller10 to get Grace Jones from New Carlisle, Indiana. Please give photo credit to: Mark Bowen/Scripps National Spelling Bee.

The Bee on ESPN:

For the 24th consecutive year, ESPN and its family of channels will provide coverage of the Bee with hosts Kevin Negandhi, Paul Loeffler and Michele Steele. Spellers will take to the stage for the first time on Wednesday, May 31.

“Bee” Informed:
The redesigned spellingbee.com offers information about the spellers, the Bee’s history, the Bee Blog and a sample test. During Bee Week, the website also will feature round results and regular competition updates.

Each year, the Scripps National Spelling Bee evaluates its program and welcomes feedback from fans and constituents for the consideration of rule changes. These are the significant new rules for 2017:

·  Bee officials will administer a Tiebreaker Test to all spellers remaining in the competition at 6 p.m. on Thursday, June 1. The test will consist of 12 spelling words, which spellers will handwrite, and 12 multiple choice vocabulary questions.

·  If it becomes mathematically impossible for a single champion to emerge victorious through the administration of a maximum 25 consecutive rounds involving three or fewer spellers, Bee officials will disclose the Tiebreaker Test scores of the remaining spellers. The judges will declare the speller with the highest score the Champion. In the event of a tie for the highest Tiebreaker Test score, the judges will declare the spellers with the tying highest scores co-Champions.

·  For the spelling portion of the Preliminaries Test, spellers will handwrite their spellings on Bee-formatted test forms, which will be hand-graded. In the past several years, the Bee used computerized forms for the entire test.