All lanes of southbound I-25 closed at 104th for crash

Fire burns at chemical depot; no danger to weapons stockpil 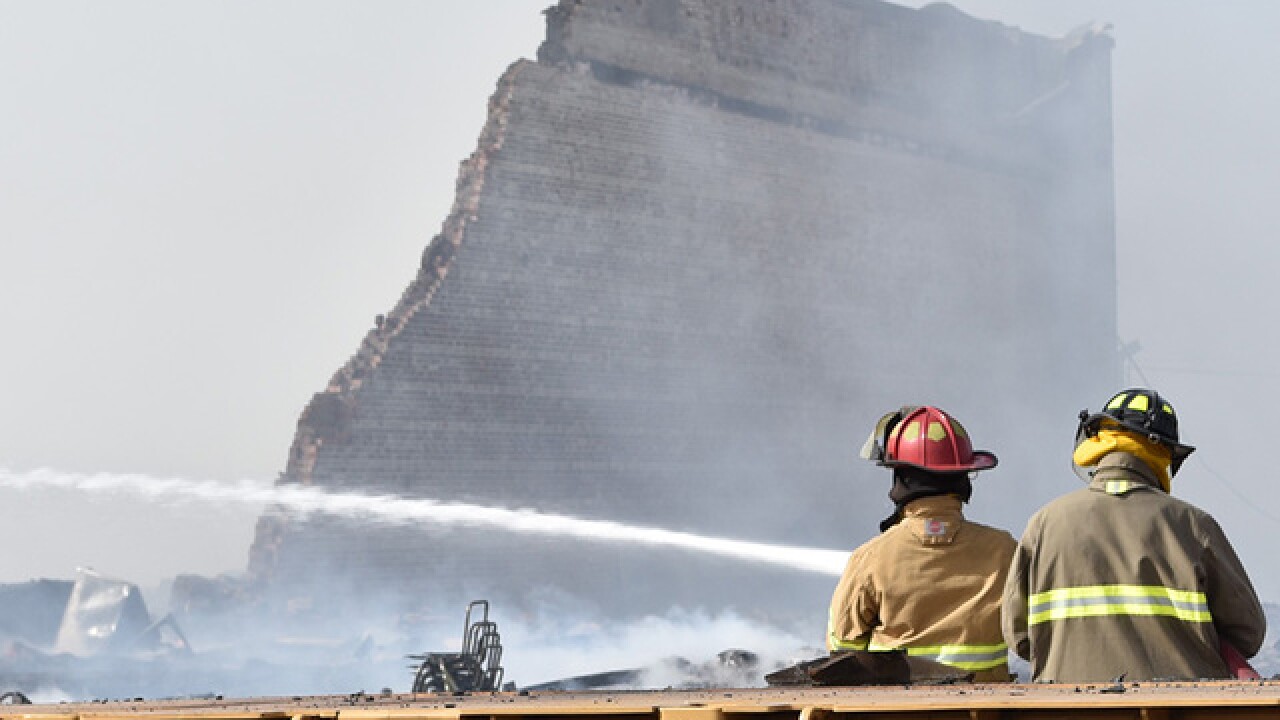 PUEBLO, Colo. (AP) — Army officials say a fire is burning at a southern Colorado depot about 4 miles from where old chemical weapons are stockpiled.

Pueblo Chemical Depot spokesman Aaron Clementi said Saturday the fire has destroyed two buildings and damaged a third but is about 90 percent contained.

Clementi says there is no danger to the 780,000 shells filled with liquid mustard agent in the chemical area 4 miles to the north.

The weapons, which can maim or kill by blistering skin, scarring eyes and inflaming airways, are being stockpiled at the depot until they can be safely destroyed.

The fire broke out Saturday afternoon. KKTV reports that it is spewing a thick plume of smoke that is visible from Pueblo.

The depot spans 23,000 acres and is one of two Army installations that stores chemical weapons.