2015 NASA
Bill Ingalls/NASA
<p>Denver's Capitol owns the world's largest amount of <a href="https://collegian.com/2012/06/using-it-all-the-state-capitals-not-so-environmentally-friendly-past/" target="_blank">Beulah red marble</a>. Nearly all of the alluring pink stone was mined from the Beulah Red Marble Quarry in 1893 and used in the Capitol building. The only other traces were used in the old McClelland Library and the Pueblo County Courthouse. </p><p>That history is just part of the reasons all who visit and all who live here should take a tour. </p> 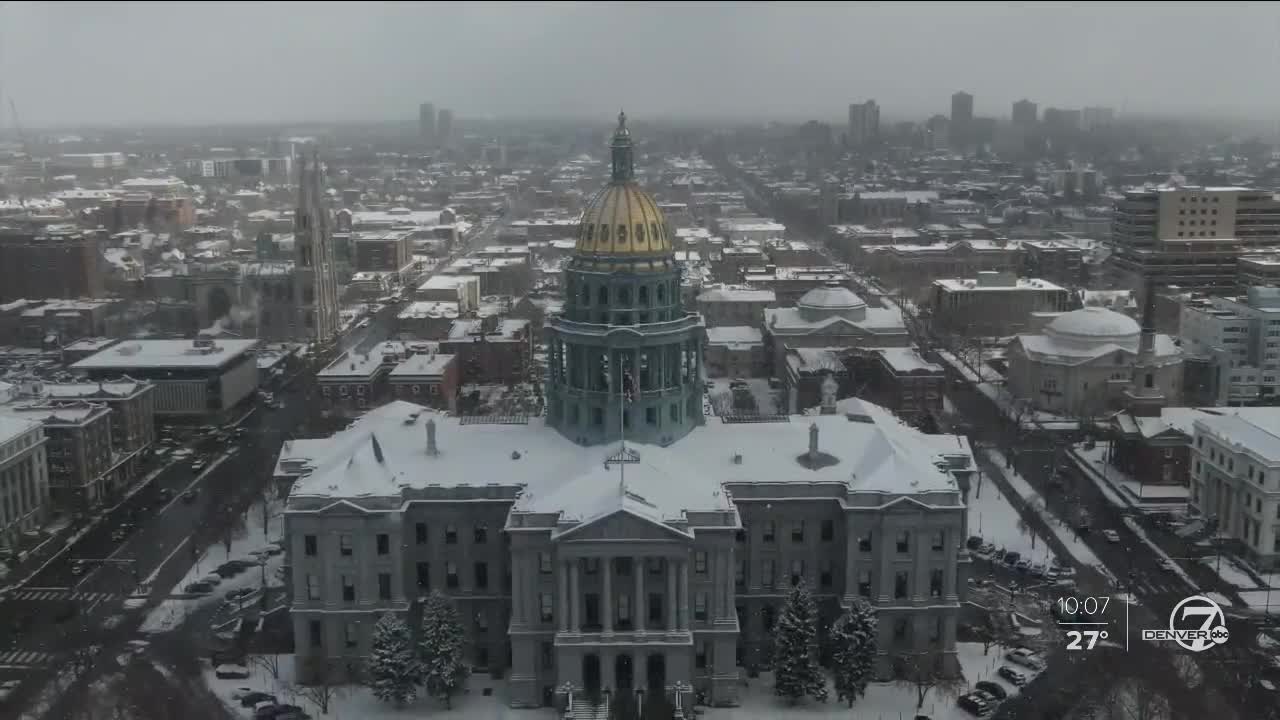 DENVER — Starting next week, voters could begin to see primary ballots arriving in their mailboxes. In 2016, Colorado voters decided to move away from the caucus system for presidential primaries and toward a primary system.

“I believe a lot of folks realize that we had outgrown the caucus system here in Colorado,” said David Pourshoushtari, the communications director for the Colorado Democratic Party.

However, parties will still host caucuses for all of the other candidates that will appear on the general election ballots. Here are seven things to know about how Colorado’s election process will work this year.

Propositions 107 and 108, passed by voters in 2016, changed the presidential nomination process in Colorado to a primary. All registered voters will be able to participate in one party’s primary. Advocates are hoping this results in a higher turnout.

“I would say one of the potential benefits of this is that we are going to be able to increase turn out exponentially in a presidential primary system,” Pourshoushtari said.

The presidential primary is set for March 3, which is Super Tuesday, and ballots should start going out on February 10.

Voters who are 17 and who will be turning 18 by the next general election day are allowed to participate in the primary votes.

On most election nights, voters hold watch parties and hope for election results to be announced right after the polls close. This time around, however, Pourshoushtari says it could take a little longer for the results to come out because of the primary system.

Colorado has one of the most robust mail-in ballot systems in the country. However, because of that and because there are so many candidates on the ballots, results could take time to tally.

An example of this was the 2019 vote on Proposition DD for sports betting in the state.

“People went to bed thinking it had failed and then woke up and it had passed,” Pourshoushtari said.

That’s because the results were so close that the mail-in ballots made all the difference.

“We are going to be deliberate if we want to be accurate. we would rather take the time we need in order to make sure that every vote is counted rather than put out a preliminary result or a result that is just wrong,” Pourshoushtari said.

3. Caucus are still a thing

After the first primary, there will still be a caucus for political parties, where down-ballot candidates will be discussed. Those candidates include senators, representatives as well as state and local lawmakers.

“It really is where you select a lot of the local candidates and, as we know, a lot of our local candidates affect our lives even more than our national and state candidates,” said
Kristi Burton Brown, the vice-chair for the Colorado Republican Party.

Burton Brown says the caucuses are still vitally important because they connect people on a grassroots level with other in their party.

Those who participate can also help make decisions for the party down the line or even be selected to serve as a delegate at a county, congressional, state or national assembly.

Those who participate could also eventually help decide who should fill a vacancy in the Colorado legislature if a lawmaker resigns. The state already has more than 20 lawmakers who are currently serving who were appointed.

4. There will be a second primary

After the March caucus, there will be a second primary for the down-ballot candidates voters can participate in on June 30.

The presidential candidates will not appear on that ballot. Again, voters who will be 18 by the time the general election comes around will be able to vote in this one.

Unaffiliated voters may receive ballots in the mail for multiple political parties, however they are only permitted to fill out and return one. If you fill out both ballots are return them, your vote will not be counted in either primary.

6. Technology shouldn’t be an issue

The Iowa caucus made national attention earlier this week when a technology glitch caused major delays in the reporting process.

For the first time, the Democratic caucus attempted to use a phone app to help simplify result reporting. However, a coding glitch caused major issues.

Colorado’s democratic caucus will not be using that technology.

“We’re not going to be making use of any kind of untested technology, no apps of any kind. We’re going to be relying on our tried and true methods,” Pourshoushtari said.

“We run caucuses a little bit differently than the Democrats do and ours was very smooth and successful in Iowa and it will be here as well,” Brown said.

Because there are so many different important moments coming up over the next several months, here’s a short list to help: