Former Denver Clerk and Recorder Debra Johnson is facing allegations from 2016 about workplace harassment. Johnson was appointed to the state&#39;s Independent Ethics Commission by the House of Representatives in May. 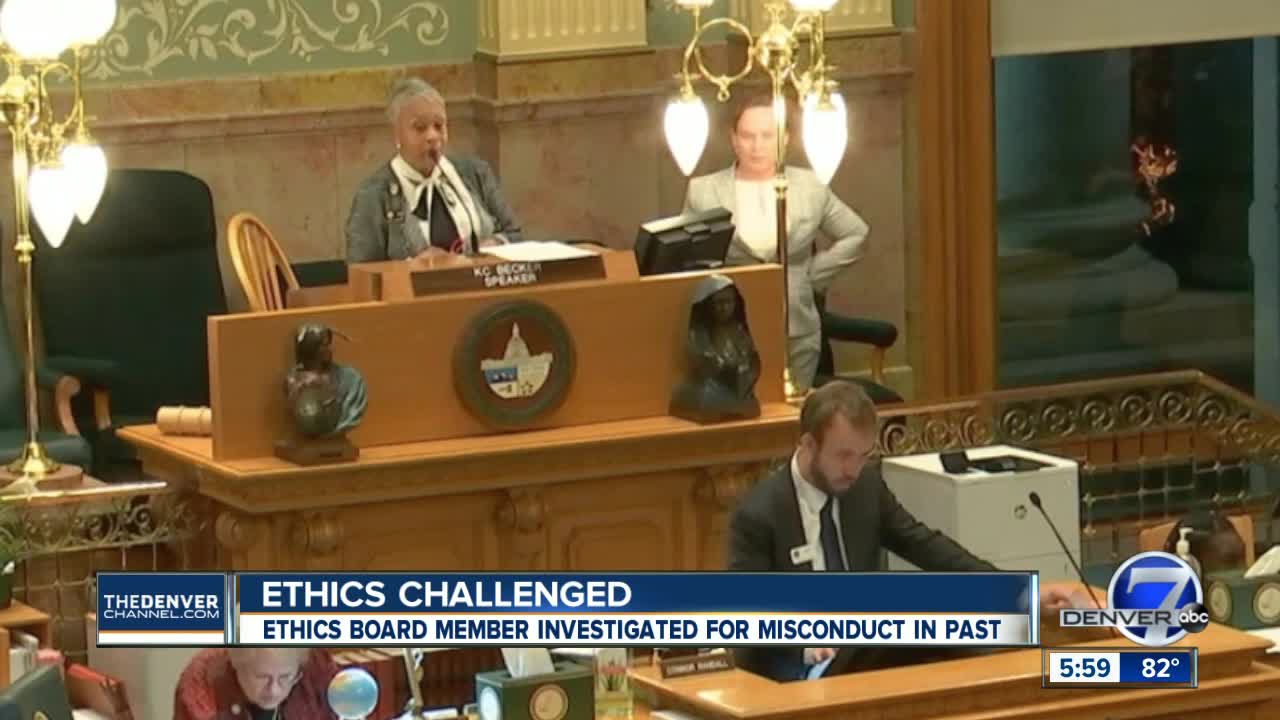 DENVER -- A little more than two weeks before she is set to attend her first Independent Ethics Commission hearing as one of its five decision-makers, workplace harassment allegations have come to light about Debra Johnson.

Johnson is Denver’s former Clerk and Recorder who was approved in May by a unanimous vote in the Colorado House of Representatives to serve on the ethics commission. She is best known for being one of the few clerks in the state to issue marriage licenses to same sex couples before Colorado’s ban on these marriages was overturned.

However, this week allegations against Johnson surfaced from 2016, accusing her of lifting up the dress of an employee at a work function and exposing the employee’s underwear. Colorado Public Radio first reported on the allegations on Monday.

This was not the only incident reported against Johnson during her time serving as Clerk and Recorder, according to the former director of elections for Denver, Amber McReynolds.

“There were a few instances from a few employees over that period of time prior to 2016 where they would express that they were uncomfortable,” McReynolds said.

She addressed those issues directly with Johnson, including one where a staffer said they were uncomfortable with a name Johnson called them during a meeting.

But in February of 2016 during a staff event in the atrium of the building, Johnson reportedly posed for a picture with several staffers before pulling up the dress of one of them and exposing her underwear.

McReynolds says several employees witnessed the incident and reported it to her, including the staffer whose dress was lifted. Security videos also showed the incident, which McReynolds reviewed.

“I reached out to the city attorney because of the multiple incidents that occurred and the number of city stuff outside and the severity of what had happened,” McReynolds said.

The report spurred an investigation into Johnson’s actions, which ended up costing Denver roughly $30,000 in legal fees.

During the investigation, a few others reported inappropriate conduct by Johnson against them.

“It was a really difficult situation to be honest with you,” McReynolds said. “My involvement was to protect and try to help the staff.”

The investigation ultimately led to an arrangement with Johnson where she agreed not to drink with staff, had to stay away from the office for a period of time and was not allowed to be with employees individually, according to McReynolds. Johnson was supposed to return on November 1 to the office.

“Ultimately it got extended beyond the election because every time that she said that she wants to come back in for this or that, the staff got very nervous and upset about it,” McReynolds said.

She believes the incident highlights how important it is for a process to be put in place to effectively handle allegations against publicly elected officials since something like that didn’t exist while she worked for the elections division.

Jane Feldman, meanwhile, who served as the former executive director of the of the Colorado Ethics Commission, said she knows Johnson personally and thought she was an effective Clerk and Recorder. She was surprised by the allegations made against Johnson.

“I was most surprised that these allegations came up and nobody from the city ever made them public,” Feldman said. “In fact, when Mayor Hancock — when there were sexual harassment allegations made public about him, members of the city Council publicly said they had never had complaints filed against an elected official. That clearly isn’t true.”

Feldman believes the investigation and allegations made against Johnson should have been more transparent and done in a public process.

If not, Feldman says that, at the very least, the allegations should have been brought to the attention of House Speaker KC Becker during the vetting process for the position. Rep. Becker nominated Johnson for the position.

"We did not learn of any allegations of misconduct by Ms. Johnson or any disciplinary actions taken against her when vetting and considering her for this appointment. I was only made aware of the issue recently in the context of the news story,” Rep. Becker said in a statement.

Feldman doesn’t believe the past allegations will affect the actual decisions Johnson will have to make as a member of the state’s ethic commission, saying that the majority of them have to do with finances and gifts or trips given to government employees from outside groups.

“I think it does undermine a little bit the credibility of the commission and certainly on a matter involving sexual harassment,” Feldman said.

Denver7 reached out to the ethics commission for an interview or statement about the allegations made against Johnson. A brief statement from the commission referred Denver7 to the House of Representatives to speak on the matter.

Denver7 also reached out to House Minority Leader Patrick Neville for a comment. In a statement, Rep. Neville said, "I offered several options to Speaker Becker regarding the Independent Ethics Commission appointment. Speaker Becker rejected all of those options almost immediately without thought but readily chose Deb Johnson. I worked with Deb Johnson on election issues. She was always fair and judicious, even if we probably disagree on most major policy issues. The Speaker rejected anyone who did not fit her partisan model.”

Johnson was not available for an interview and did not return requests for a comment.

The next Independent Ethics Commission hearing is scheduled for August 26. It will be the first hearing where Johnson will serve as one of the commissioners since she was confirmed on May 1.