Womxn’s March Denver: 7 things to know if you are – or aren’t – planning to attend 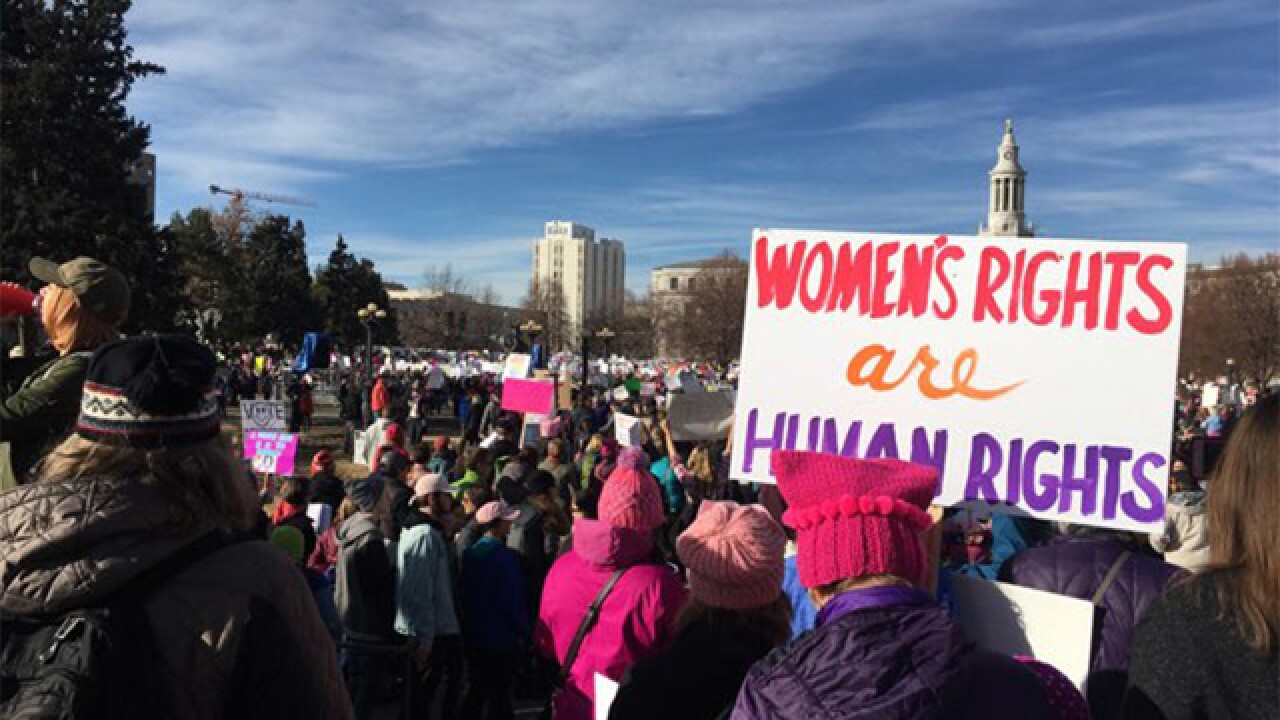 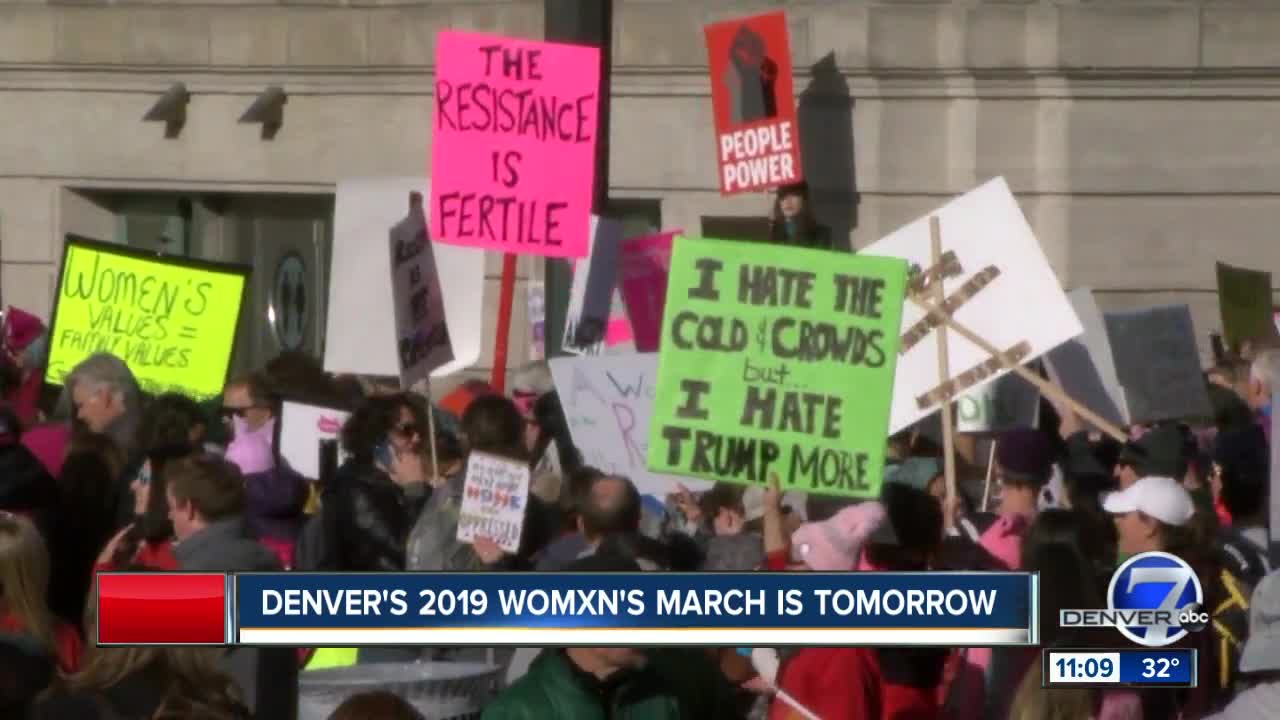 DENVER – It won’t be only women and men, but also transgender, non-binary and genderqueer persons who will march Saturday to “listen to those who have been silenced, unite under the banner of anti-oppression and act with intention” during the third annual Womxn’s March Denver at Civic Center Park.

The march, which started in 2017 following the inauguration of President Donald Trump a day prior, started with the goal of sending a bold message to the new administration. This year, however, Colorado’s chapter has opted for a more inclusive message: intersectionality.

Nearly 6,000 people have said they’re going to march on Saturday in Denver, which is scheduled to start at 9 a.m. Twenty-six thousand others have shown interest in the rally.

Here’s what you need to know ahead of Saturday’s rally:

1. The Womxn’s March on Denver begins at 10:30 a.m., but there will be rallies before then

2. The route of the march will be about a mile long

To reduce potential traffic problems during the Womxn’s March on Denver, the one-mile route will be as follows:

The folks over at Jammin’ 101.5 have created the following map to give you a sense of what the route will look like this year:

Organizers say there will be volunteers on every corner of the route for anyone needing assistance during the march.

3. The march remains family-friendly and organizers encourage everyone to participate

The Womxn’s March on Denver makes it clear on its website that “men are absolutely welcome and encouraged to join us. Children are welcome, too.”

And yes, your well-behaved family dog (on a leash) is also welcome to attend.

Organizers said they would do their best to accommodate people “of all abilities” and will have reserved seating for those who cannot march but would like to support the cause that day.

4. Organizers want everyone who participate at the march to be safe and are offering these safety tips for those planning to go:

5. Transportation to and from the Womxn’s March on Denver

RTD is increasing bus and light service during this year’s event and there will be a temporary detour until about 1 p.m. for buses that travel through downtown Denver.

Officials said extra cars will be added on the D and H lines to increase capacity during the march.

If you’re in Boulder and want to participate in the Denver march, the YWCA Boulder County will be providing buses to those wishing to make the trip.

They will leave Boulder at 7:30 a.m. and return from Denver in two shifts: one immediately after the march at 12:30 p.m. and another after the post-march rally at 1:30 p.m.

Lyft will also be providing rides to the march. Use code WOMXNSMARCH19 for 20 percent off one ride to or from Civic Center Park.

6. Speakers will seek to highlight marginalized groups at this year’s rally

After the Women’s March was criticized for promoting “white feminism,” organizers of this year’s march are switching the focus on marginalized groups to include transgender, non-binary and genderqueer people.

Some of the speakers at this year’s event are Adri Norris (Center for Colorado Women’s History), Ashley Panelli (9to5 Colorado), Lisa Calderón (Colorado Latino Forum), Maralee McLean (Moms Fight Back), among others.

7. There will be sister marches across Colorado (and of course, the rest of the world)

If you live in or near any of these cities and would like to participate in your local march, find more information about each one of these events here.

Besides the U.S. (including Hawaii), marches are also being planned in Costa Rica, Bermuda, Canada, France, Italy, Germany, Austria, and Japan.

7 best things to do in Colorado this weekend