Window to qualify for next debate closing quickly on Dems, including Michael Bennet 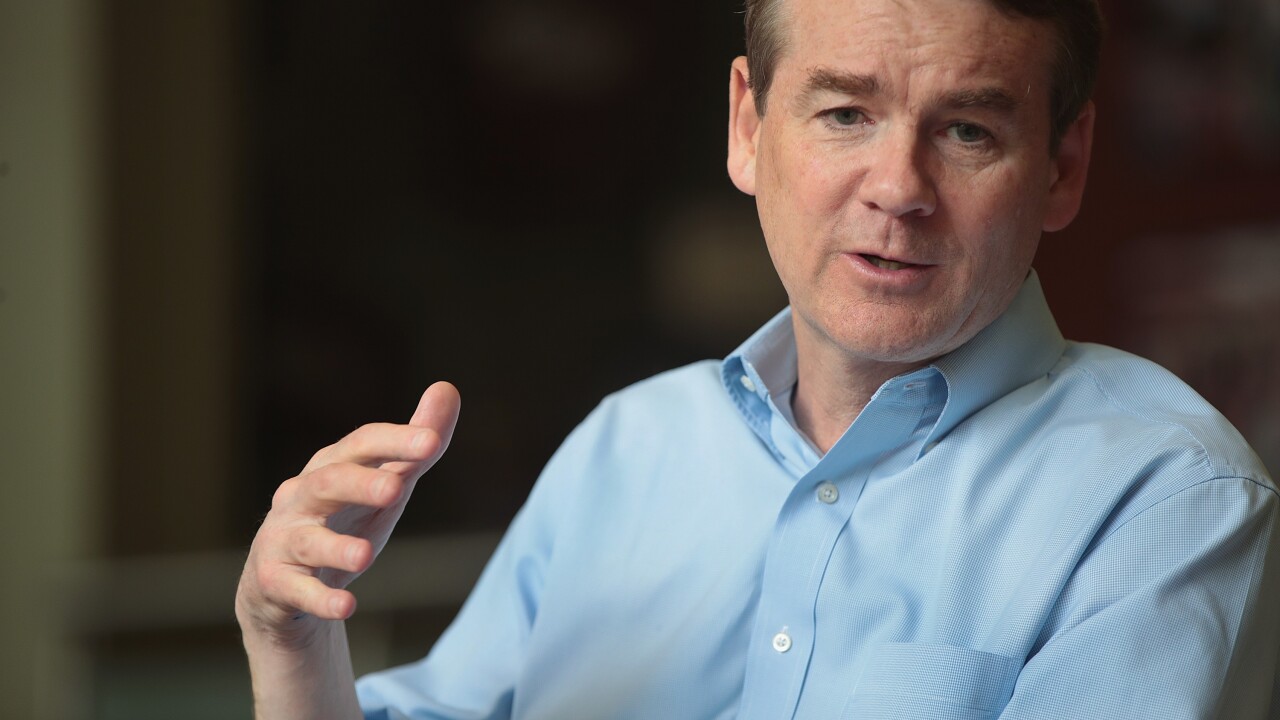 Copyright Getty Images. All Rights Reserved.
Scott Olson/Getty Images
SIOUX CITY, IOWA - MAY 18: Democratic presidential candidate and Colorado Senator Michael Bennet speaks to guests during a campaign stop hosted by the Woodbury County Democrats on the campus of Morningside College on May 18, 2019 in Sioux City, Iowa. Bennet is one of more than 20 candidates seeking the Democratic nomination and the chance to face off with President Donald Trump in the general election in 2020. (Photo by Scott Olson/Getty Images)

WASHINGTON (AP) — Struggling Democratic presidential candidates braced for bad news Wednesday with the window to qualify for the next debate set to close at midnight, a near impossible deadline for many to make that could doom their campaigns.

In order to appear on stage in Houston next month, they have to hit 2% in at least four approved public opinion polls while securing 130,000 unique donors by the deadline. Two new polls released Wednesday affirmed that they were all below the threshold.

With few other developments expected during the day, it was likely to stay that way.

"Our rules have ended up less inclusive ... than even the Republicans," Bullock said on MSNBC, referring to the thresholds set by the Democratic National Committee. "It is what it is."

In a still-crowded Democratic field, not qualifying for the debate would severely cripple the prospects of several candidacies, though many have pledged to forge on in hopes of reaching the requirements in time for the next debate in October.

The DNC designed the requirements to bring order to an unwieldy field of more than 20 White House hopefuls, while elevating the role of online grassroots donors who are among the party's most fervent supporters.

In some ways, the party has succeeded. But the process has drawn complaints from candidates unlikely to make the cut. They have argued that the rules are arbitrary, unprecedented and have forced candidates to pour money into expensive online fundraising operations that can sometimes charge as much as $90 for every dollar raised.

Colorado Sen. Michael Bennet said the threshold favored Steyer, and a Bennet campaign accused Steyer of trying to buy his way into the debate. Steyer, a late entry to the race, is the closest to qualifying.

"Other candidates have had to spend millions to acquire donors on Facebook, instead (of) communicating with voters and laying the groundwork to beat" President Donald Trump, according to the memo.

In a separate letter the party chairman, Tom Perez, Bennet's campaign asked how the DNC decided which polls to allow and questioning why Democrats were trying to winnow the field months before Iowa caucuses.

A DNC spokesman declined to comment. A Steyer spokesman did not respond to several messages.

Steyer and Gillibrand both poured millions of dollars into Facebook and TV ads to boost their standing. While Steyer met the donor threshold, he was still one poll shy. Gillibrand was three polls away and had yet to lock in enough donors.

Hawaii Rep. Tulsi Gabbard was two polls away from qualifying and Williamson was three polls away.

Though earlier debates had lower thresholds, the DNC raised the stakes for the coming two.

If the current roster of 10 candidates who have qualified holds, the September debate would be the first of the cycle held on a single night. Earlier debates featured 20 candidates split across two nights.