Why is Sen. Cory Gardner touring Asia and shaking hands with Rodrigo Duterte? 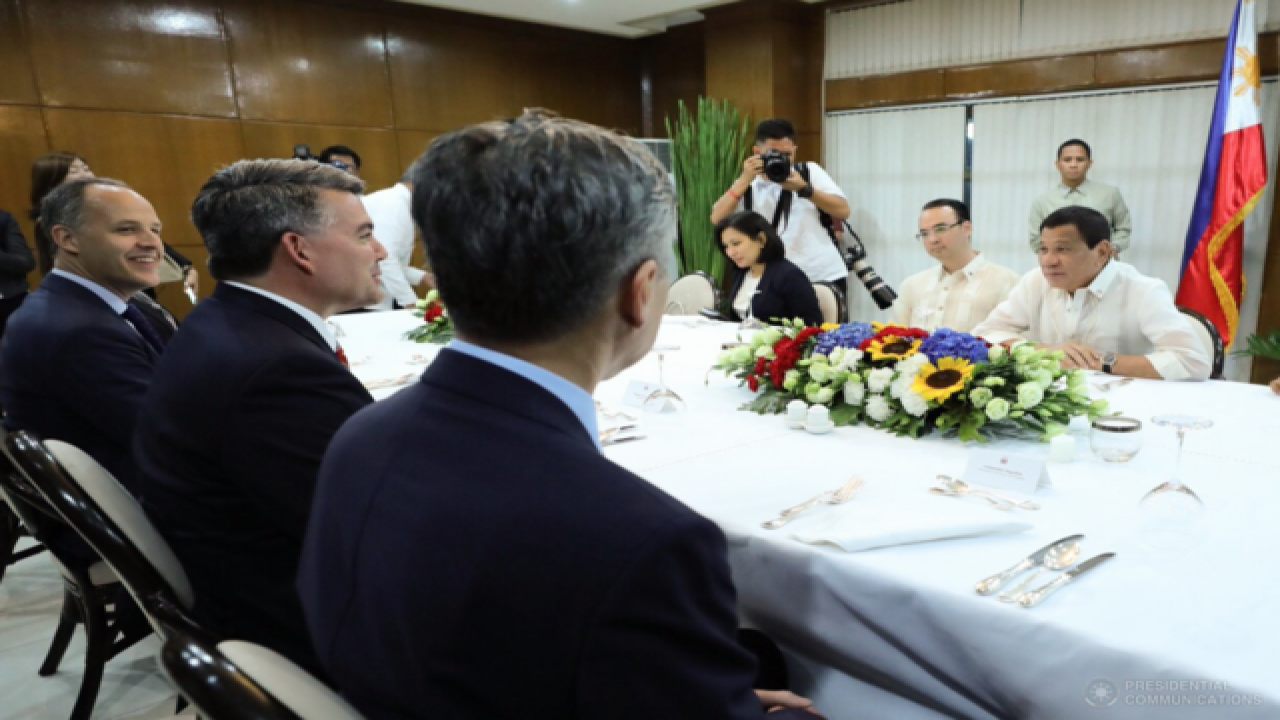 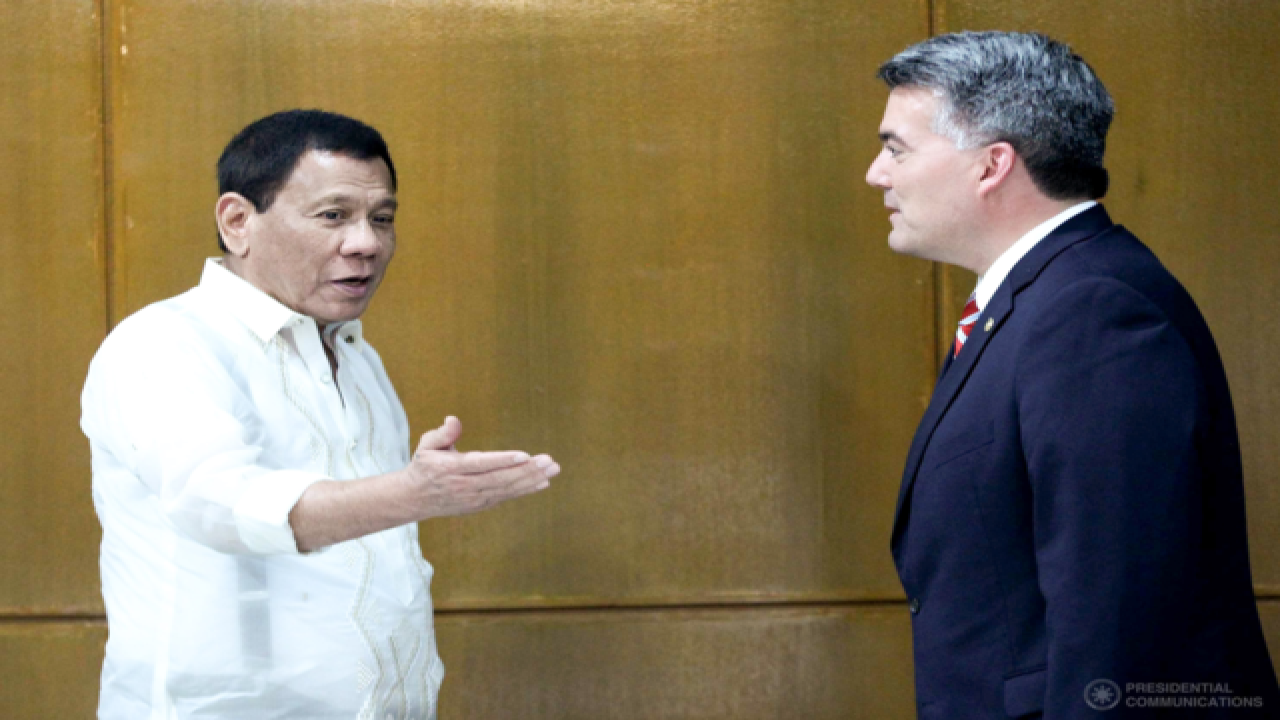 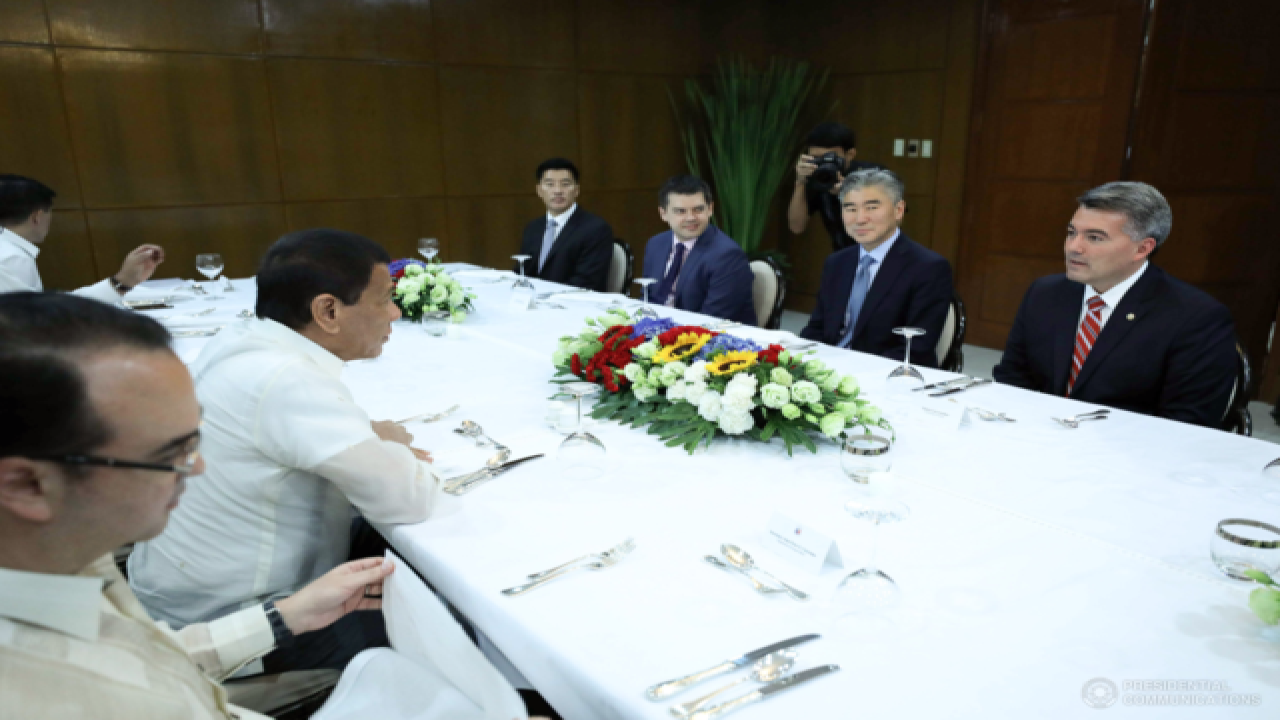 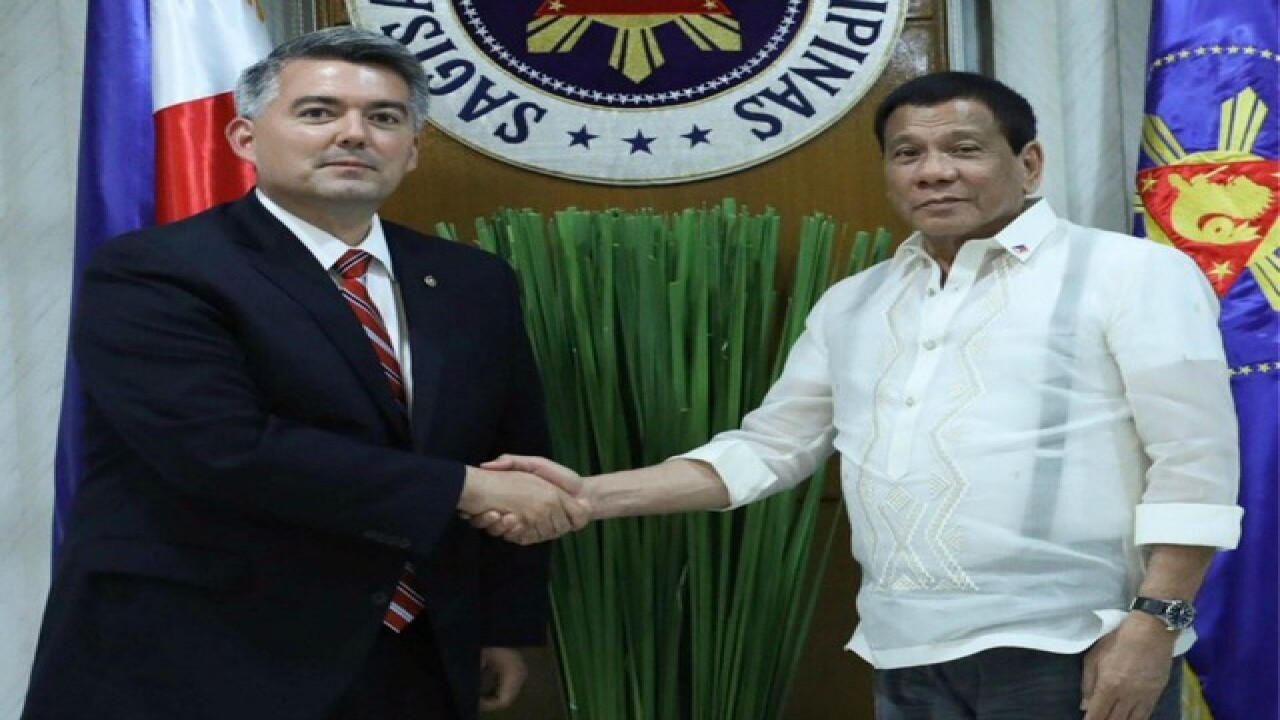 That was the question many in Colorado asked Thursday when Filipino president’s press office put out photos of the two shaking hands in a meeting that happened Wednesday.

“Sen. Cory Gardner owes the people of Colorado an explanation for why he can’t meet with us, but has time to visit with murderous Filipino strongman Rodrigo Duterte," read an email blast from ProgressNow Colorado executive director Ian Silverii.

Colorado politico social media blew up from there, as those on the left and right traded barbs over Gardner’s meeting and his lack of in-person town hall meetings in his home state.

In his near-year heading the southeast Asia nation, Duterte has been widely criticized for alleged human rights violations, the murders of thousands of drug dealers and users, and citizen and journalist intimidation.

But Wednesday’s meeting in the Philippines wasn’t only with Duterte; Gardner also met with the head of the nation’s human rights commission, Chito Gascon, and Foreign Affairs Secretary Alan Peter Cayetano. U.S. Ambassador to the Philippines Sung Kim joined Gardner.

It also comes on the heels of meetings he had over the past week with the new leadership in South Korea and Taiwan’s officials.

Gardner chairs the Senate Foreign Relations Subcommittee on East Asia, the Pacific, and International Cybersecurity Policy and has been one of the leading voices in the Senate—Republican or Democrat—in policymaking and foreign relations regarding China’s development in the South China Sea and North Korea’s recent escalation in missile tests and nuclear development.

Fellow Republican senators have praised Gardner as the “go-to person” in the Senate when it comes to North Korean relations.

And last month, North Korean leader Kim Jong Un called Gardner a “psychopath” who is “mixed in with human dirt” after multiple statements from Gardner denouncing Kim and the ongoing tests, which the U.S. views as escalation in an already-tense relationship.

Alex Siciliano, Gardner’s communications director, said the meetings have, for Gardner, been “an important first-hand opportunity to discuss the threats to U.S. national security.”

“Instead of engaging in press release diplomacy, Senator Gardner wanted to discuss face to face with President Duterte the importance to adhering to the rule of law,” Siciliano said.

President Donald Trump drew wide criticism last month when a transcript of his April 29 phone call with Duterte showed that Trump told Duterte he was doing an “unbelievable job on the drug problem.” Human rights organizations say at least 7,000 suspected drug users or dealers have been killed since Duterte took lead of the country last June.

Siciliano said Gardner and Duterte also talked Wednesday about efforts to defeat ISIS, which also has a presence in several southeast Asia nations, including the Philippines.

“These three nations all have an important role for the United States, and it is essential for our national security that we work together to stop anyone that wishes to cause harm to our country or our allies,” Siciliano said.

But that didn’t appease Silverii and ProgressNow.

“Cory Gardner must explain himself, and apologize to the victims of Duterte’s campaign of terror against his own people—in person, in Colorado, in front of his constituents,” Silverii said. “Gardner can’t continue to hide from the people of Colorado while he coddles mass murderers abroad.”