While paid family leave will be left to voters, a new paid sick leave bill has been introduced 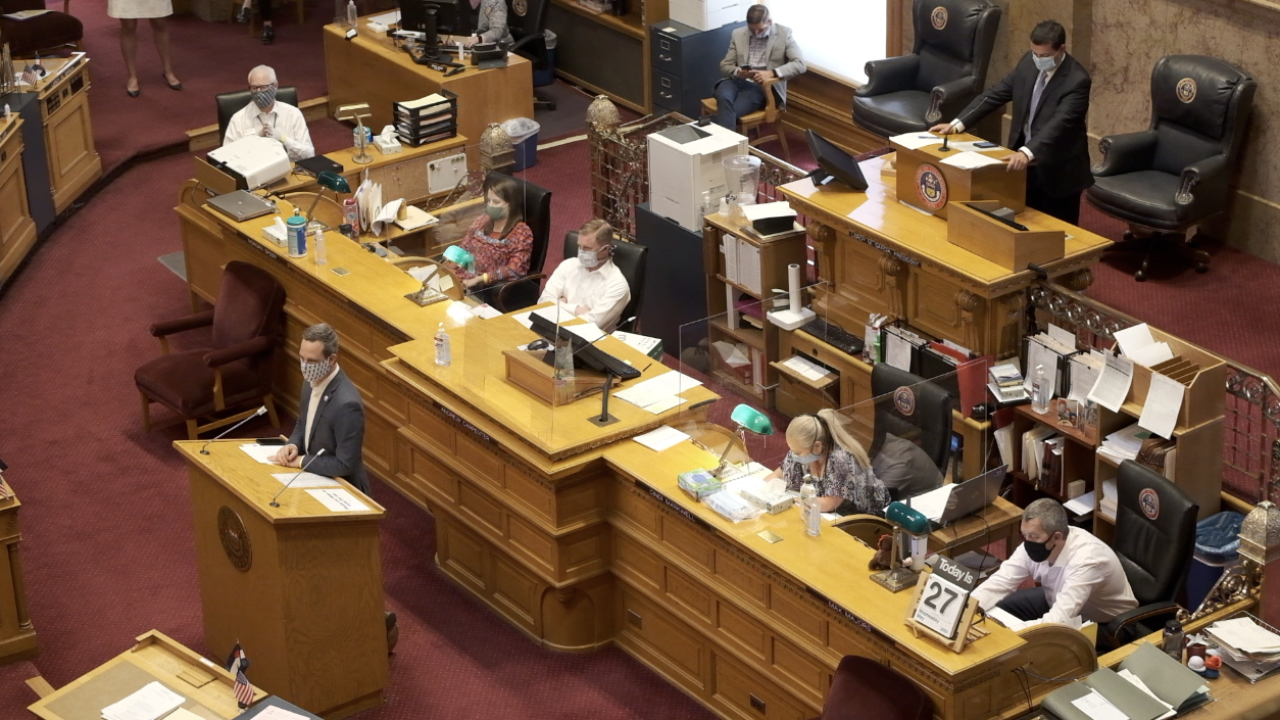 In response to the COVID-19 pandemic and in an effort to help employees, Colorado lawmakers introduced a new bill Tuesday to require all businesses to offer paid sick leave.

DENVER — It only takes two words to describe the unraveling of the entire 2020 legislative session: postponed indefinitely.

What started as a session of hope for Democrats in control of all three chambers has quickly become a bloodbath for bills. In committee after committee this week, lawmakers postponed indefinitely (or killed, in the common nomenclature) dozens of bills that looked like they stood a fighting chance just three months ago.

The bills are the casualties of COVID-19 and the economic toll the pandemic has taken on the state.

A paid family and medical leave bill, a concept that has been introduced, debated and then postponed in session after session, was one of those casualties. The bill would have created a requirement for businesses to buy insurance to allow an employee who gets sick or has a child to take time off.

However, in response to the COVID-19 pandemic and in an effort to help employees, Colorado lawmakers introduced a new bill Tuesday to require all businesses to offer a different type of paid sick leave.

Senate Bill 20-205 would do three things: First, it would require businesses to offer employees two weeks of paid sick leave during the pandemic while the emergency order is in place.

The federal government already has a requirement for businesses with 500 employees or more to offer this leave during the COVID-19 pandemic. This bill would include businesses of less than 500 employees as well.

“It will apply to every business in Colorado because whether you work for a large business or a small one, you can get sick and you should be able to stay home and keep yourself and your coworkers healthy,” said bill co-sponsor Rep. Yadira Caraveo, D-Adams County.

Second, it would create a requirement for the same two weeks of paid sick leave to be offered during the next pandemic or if another emergency order is declared.

Third, it would require employers to allow employees to accrue paid sick leave every year. For every 30 hours the employee works, they would earn one hour of paid sick leave. That accrual would be capped at 48 hours per year.

“As a pediatrician, when I’m not in the Capitol, I talk with people about illnesses and they need to stay home in order to prevent infections every single day,” Rep. Caraveo said. “Even without a pandemic, I have seen a need for this for years.”

The bill is different than the paid family and medical leave bill from earlier in the session; for one thing, Sen. Bridges says it doesn’t require an outside insurance company to get involved.

He believes this bill will not only offer some financial leeway for employees, but it could also help things get back to normal more quickly.

“The fewer people that each infected person infects, the quicker we can re-open businesses and get back to work,” Sen. Bridges said.

The idea is something small business owner Jeff Shanahan supports. Shanahan is the co-owner of Sexy Pizza and says he already offers his employees paid time off: One hour for every 50 hours worked with no cap.

“I don’t want employees to feel like they have to come to work even if they’re sick. We know a lot of our employees depend on the full work week to pay their bills,” he said.

He believes his restaurant is an example of the fact that small businesses can make PTO and paid sick leave work.

However, others are worried about the impacts something like this could have on small businesses, particularly at a time when many are operating at lower capacities and getting ready to pay higher unemployment insurance premiums when the state’s fund becomes insolvent.

“I’ve already seen that the shutdowns have had a disproportionate impact on small businesses and now with things like this, we’re just going to see that final death blow to those small businesses,” said House Minority Leader Rep. Patrick Neville, R-CO.

He says he had no idea the bill was coming and thought lawmakers had come to an understanding not to introduce controversial bills when the session resumed to help the state move forward in a bipartisan manner.

Rep. Neville is worried even discussing the bill will discourage businesses from hiring back employees since they would have to find a way to pay for the sick leave.

“Now we’re going to add this bureaucracy to them too. We should be doing the opposite, we should be cutting red tape and making it easier for them to hire people,” Rep. Neville said.

The bill was assigned to the Senate’s State, Veterans and Military Affairs committee for its first hearing.