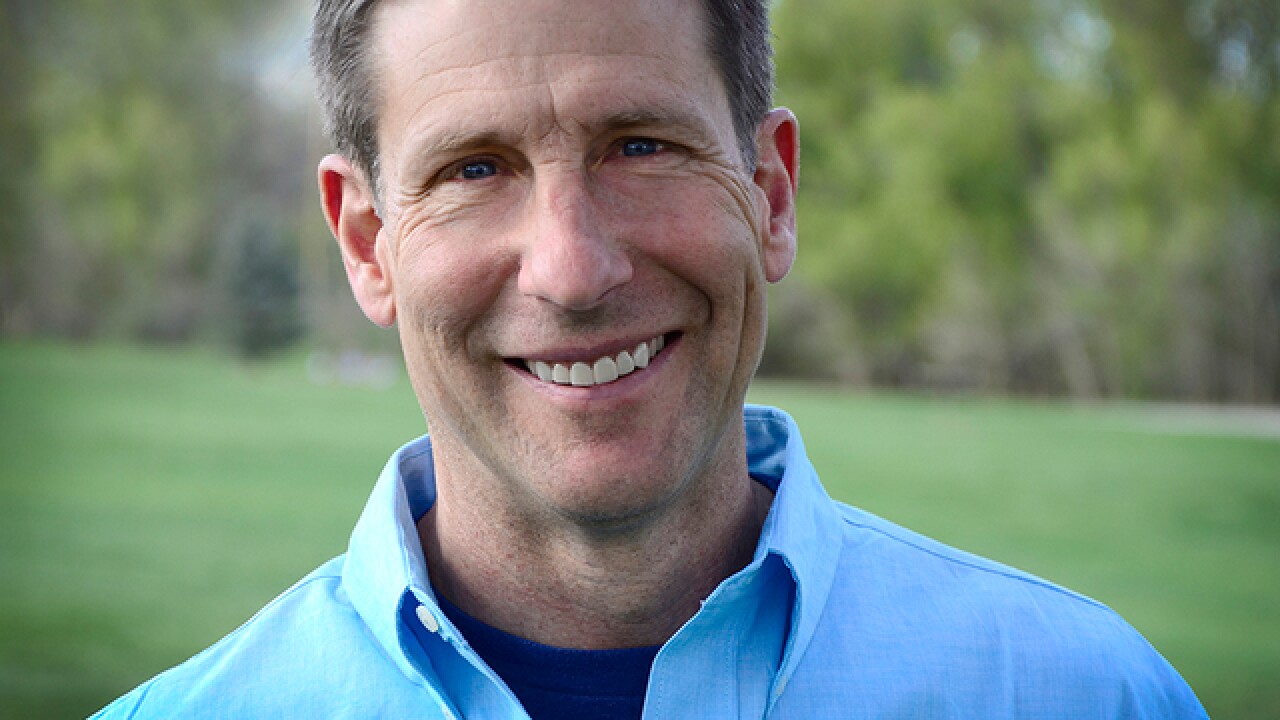 Courtesy LangSias.com
<p>State Rep. Langhorne “Lang” Sias, an Arvada Republican in his second term in the Colorado General Assembly, will be Walker Stapleton’s running mate in the gubernatorial race and will serve as lieutenant governor if Stapleton is elected.</p>

DENVER – State Rep. Langhorne “Lang” Sias, an Arvada Republican in his second term in the Colorado General Assembly, will be Walker Stapleton’s running mate in the gubernatorial race and will serve as lieutenant governor if Stapleton is elected.

Stapleton announced Sias would be his No. 2 at a news conference Wednesday morning in Denver. The announcement comes after a week of wonderment at whom Stapleton had picked after Democratic gubernatorial candidate Jared Polis tapped former state Rep. Dianne Primavera has his lieutenant governor pick and running mate last week.

“Lang Sias is a decorated combat veteran who will never back down from our fight to protect Coloradans,” Stapleton said in a statement. “I’m honored he has chosen to stand beside me and continue his stellar career of service to make life better for all Coloradans. Lang’s experience working across the aisle to get things done in the State House make him an ideal candidate and I’m excited for what we will accomplish together for Colorado.”

Sias is a military combat veteran who was a Navy fighter pilot and TOPGUN instructor and who currently flies 777s for FedEx, so it was fitting that the announcement came at Wings Over the Rockies Air and Space Museum in Denver.

Sias is also an attorney who works at Broomfield-based Cooley LLP. He is the ranking Republican on the House Business Affairs and Labor Committee and also sits on the House Education Committee.

“Colorado needs a common sense, results-driven Governor like Walker Stapleton,” said Lang. “I’m proud to stand beside Walker in the fight for the future of Colorado because I know he will deliver on his promise of economic opportunity for all."

Sias represents District 27, a seat he was first appointed to in January 2015 after Libby Szabo was appointed as a Jefferson County commissioner. That came after he lost a bid for a congressional seat in the state’s 7th congressional district in 2010 and two state Senate races in 2012 and 2014.

In the 2012 race for state Senate District 19, Sias narrowly lost to Democrat Evie Hudak by fewer than 600 votes. He was defeated in the Republican primary for the same district in 2014 by Laura J. Woods, who went on to win the seat. According to The Denver Post, Woods portrayed Sias as being “weak on gun right support and a liberal Republican.”

Sias has also been a registered Democrat and unaffiliated in the past — something that could prove helpful to Stapleton, who has cozied up to President Donald Trump and his brand of politics in recent months.

Sias holds a law degree from the University of Michigan Law School, a M.Sc. from the London School of Economics and a B.A. from Vassar College.

"I look forward to working with Walker to expand on his list of accomplishments that includes saving taxpayer dollars, defeating the largest tax increase in Colorado history, and reforming our state’s pension system," Sias added in a statement to Denver7. "I know Walker is the executive Colorado needs because he will move our state forward and save us from Jared Polis’ disastrous economic policies.”

"This out-of-touch ticket from Connecticut would be a disaster for Coloradans -- especially the 2.3 million Coloradans with pre-existing conditions and women who don't want to see their rights taken away by anti-choice crusaders," she said in a statement.