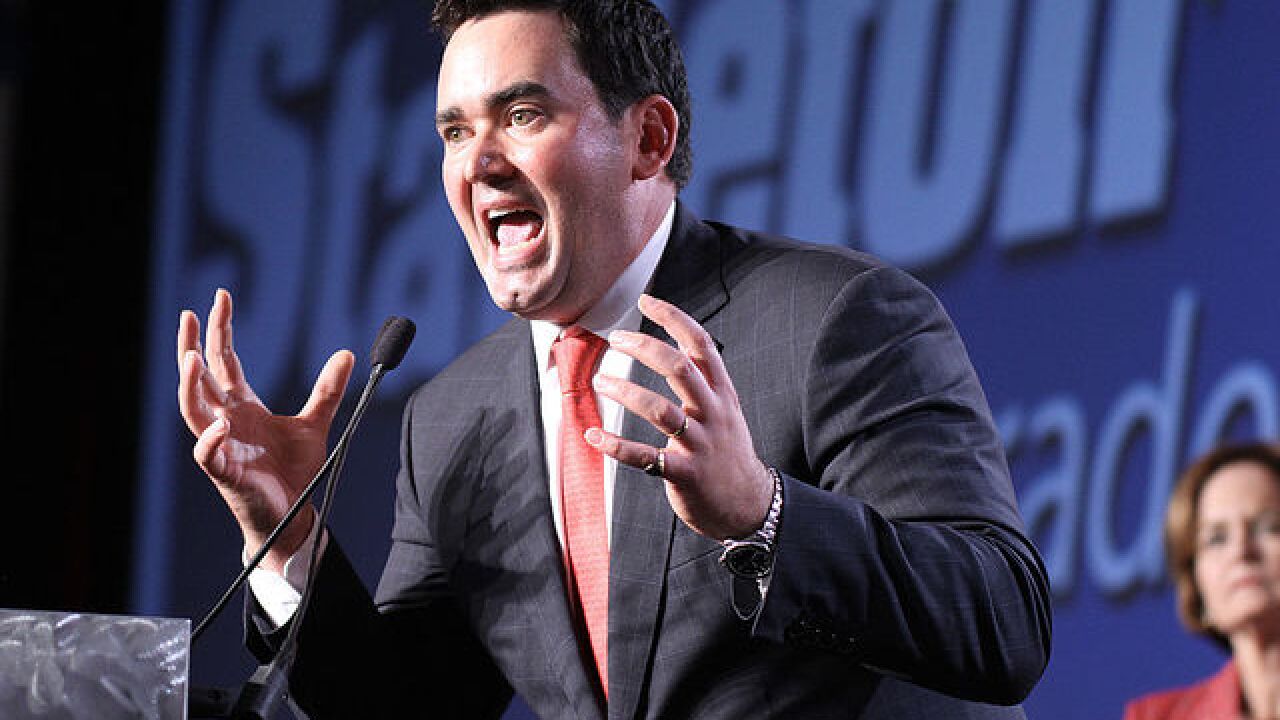 DENVER – Walker Stapleton is the first Republican gubernatorial candidate to make the ballot for this summer’s primary election.

Statewide candidates, like those vying for the governor’s office, have to gather 1,500 valid signatures from voters of their own party from each of the state’s seven congressional districts, meaning that in the governor’s race, candidates must amass a minimum of 10,500 total signatures.

Other gubernatorial candidates who have turned in their petition signatures , which are awaiting approval, are Democrats Jared Polis and Donna Lynne, and Republicans Doug Robinson and Victor Mitchell. The Secretary of State’s Office approves the petitions in the order in which they were received.

Questions about Stapleton’s petition drive were raised last week after a Denver7 Investigates report found that a signature gatherer who purported to work for Stapleton’s campaign was possibly not registered with the Republican party in the state – something that is illegal in Colorado.

The signature gatherer identified himself as Daniel Velasquez, though Stapleton’s campaign said it had no record of someone by that name working for the campaign. The recording was made by a worker for Robinson’s campaign, which also filed an official complaint.

Colorado Secretary of State Wayne Williams also told Denver7 Investigates the office had no records of a signature gatherer by that name working in Colorado.

Fortney told Denver7 at the time that it additionally had concerns about Robinson’s campaign being tied to the complaint, saying the Robinson campaign had “both a profit-motive and political interest in this matter.”

Colorado Democratic Party spokesman Eric Walker said that Stapleton “has a lot of questions to answer if he wants to earn the voters’ trust.”

“Stapleton has been running a sleazy campaign since day one, and his signature gathering operation is no different,” Walker added.

A recent Magellan Strategies poll of likely Republican primary voters found Stapleton so far had the most support, though most likely voters were still undecided on a candidate.

Getting on the ballot by petition is just one of two ways candidates can make the ballot in Colorado. They can also be voted onto the ballot by garnering a certain percentage of support at the state assemblies, which are set for April 14.