Utah's Chaffetz resigning from Congress as of June 30 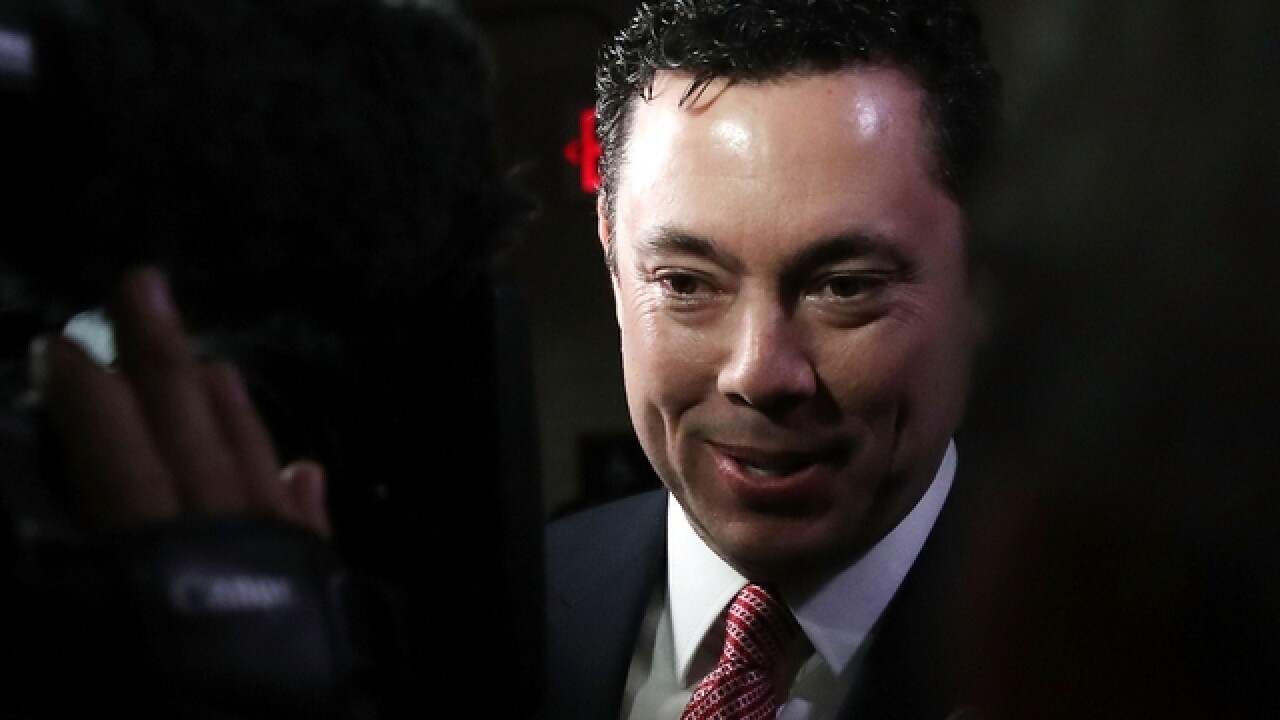 Utah Rep. Jason Chaffetz says he will resign from Congress on June 30, raising questions about the probe of President Donald Trump's ties to Russia.

The Republican said in a letter Thursday to his constituents that he and his wife have agreed "the time has come for us to move on from this part of our life."

The statement does not mention the investigation he's overseeing as the U.S. House Oversight Committee's chair into President Trump's firing of FBI Director James Comey.

Chaffetz says the reality of having spent more than 1,500 nights away from his family over eight years has hit him harder than before.

He says he and his wife will be empty nesters soon and it seems like time to turn a page.

A top Utah state lawmaker says that U.S. Rep. Jason Chaffetz is expected to leave office by the end of June.

Utah House Speaker Greg Hughes said Wednesday in a caucus meeting that the Republican Chaffetz is expected to announce his resignation soon and that it would take effect by June 30.

Chaffetz representatives on Thursday did not return telephone and email messages seeking comment.

Chaffetz said last month that he would not seek re-election in 2018 and that he was considering leaving office early.

Hughes' chief of staff Greg Hartley said in a text Thursday that Hughes "has heard that he (Chaffetz) could be out of office as soon as the end of June. He doesn't know for certain."