US to impose sanctions on Russia over nerve agent attack 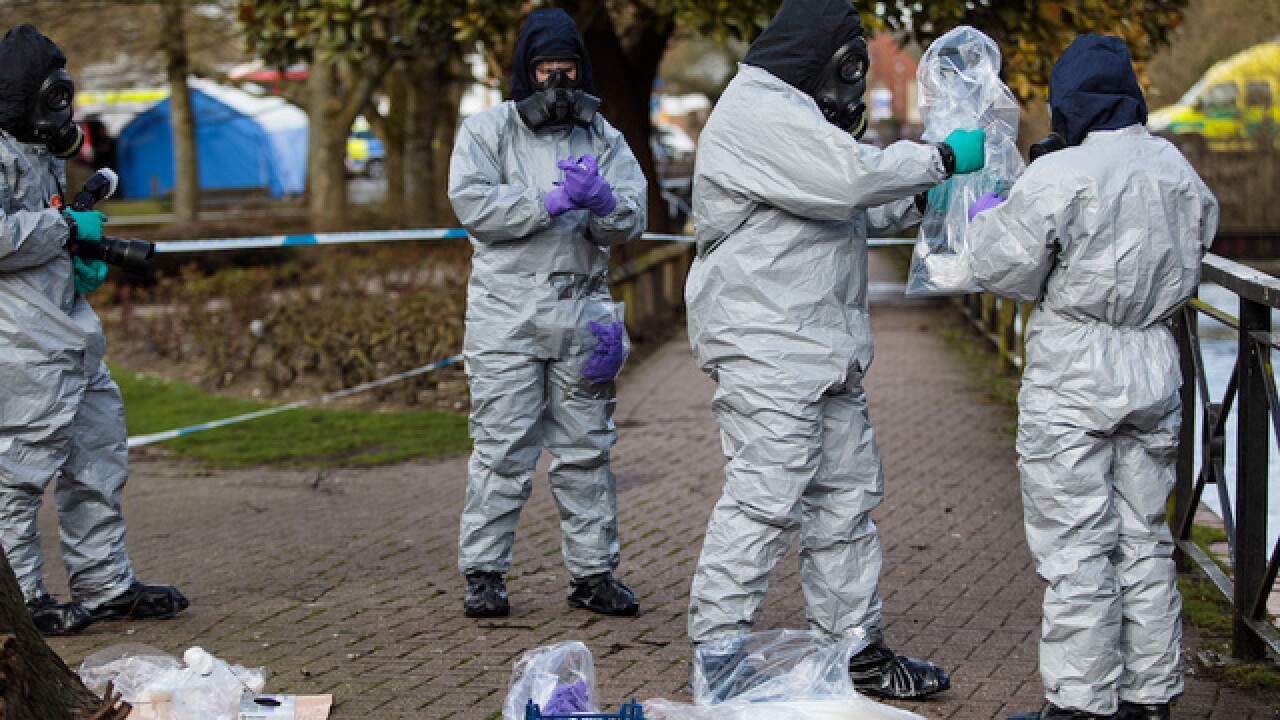 Copyright Getty Images
Jack Taylor
<p>SALISBURY, ENGLAND - MARCH 16: Police officers in protective suits and masks collect samples near the scene where former double-agent Sergei Skripal and his daughter, Yulia were discovered after being attacked with a nerve-agent on March 16, 2018 in Salisbury, England. Britain has expelled 23 Russian diplomats over the nerve agent attack on former spy Sergei Skripal and his daughter Yulia, who both remain in a critical condition. Russian Foreign Minister Sergei Lavrov has responded by saying that Moscow will also expel British diplomats. (Photo by Jack Taylor/Getty Images)</p>

WASHINGTON (AP) — The United States will impose sanctions on Russia for its use of a nerve agent in an attempt to kill a former Russian spy and his daughter in Britain.

The State Department says Wednesday the sanctions will be imposed on Russia because it used a chemical weapon in violation of international law.

Former Russian spy Sergei Skripal and his daughter were poisoned by Novichok, a military-grade nerve agent, in the British town of Salisbury in March.

Britain has accused Russia of being behind the attack, which the Kremlin vehemently denies.

Since the March attack, two other British nationals with no ties to Russia have been poised by the substance.

Following a 15-day congressional notification period, the sanctions will take effect on or around Aug. 22, according to a statement from the State Department.