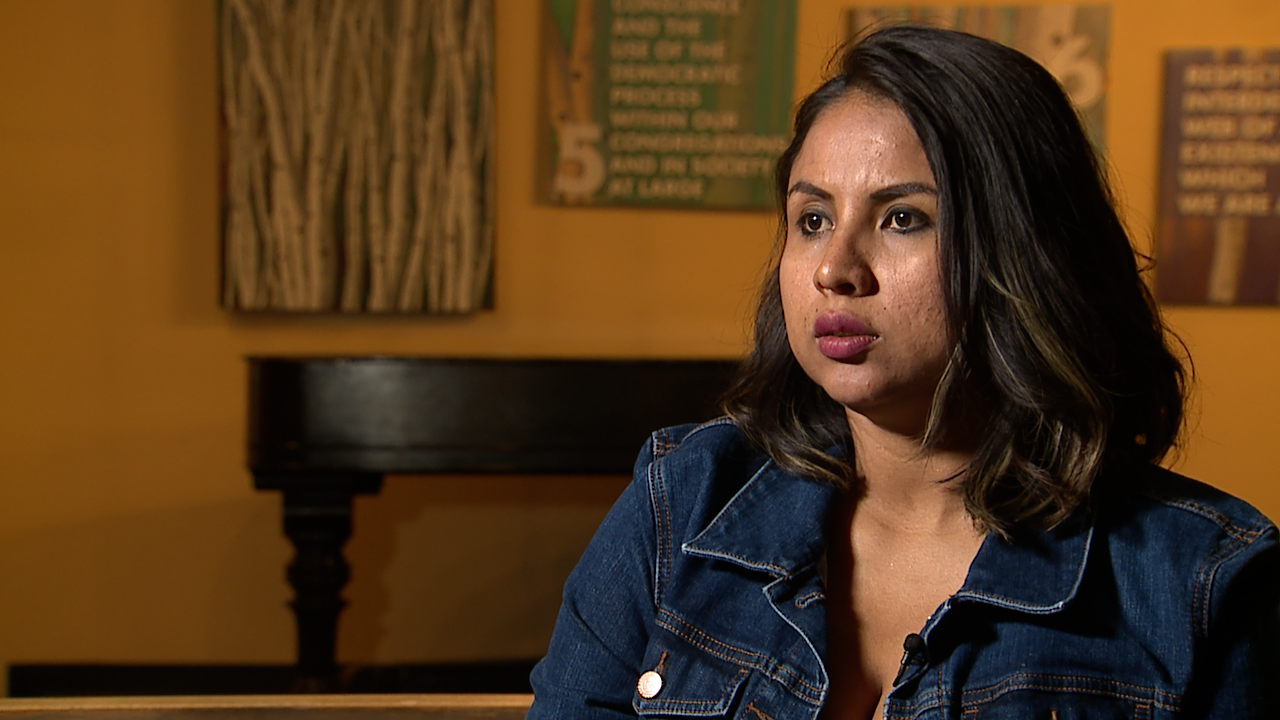 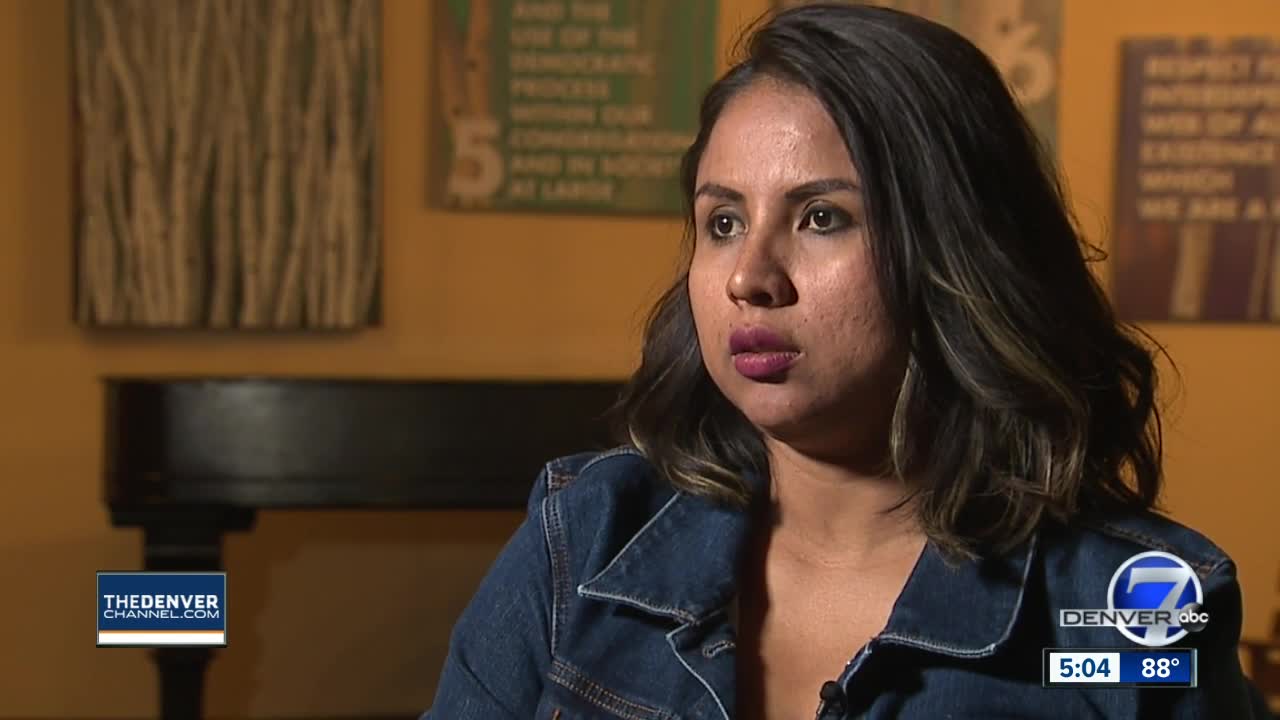 For the past several months, the mother of two has been silently working closely with immigration advocates, hoping to teach undocumented immigrants living in the shadows about their rights and to hopefully help them avoid possible mistakes that led her to seek sanctuary in the first place.

On Wednesday, however, she decided to step to the forefront of the immigration debate after receiving a letter from Immigration and Customs Enforcement’s Washington, D.C. headquarters, with a notice of intention to fine her $4,792 in civil penalties (adjusted for inflation) for disobeying her deportation orders, according to a copy of the letter provided to Denver7 by Latorre.

The Peruvian native says the letter from ICE is nothing more than a new tactic by the Trump administration to scare immigrants and appease his base as he campaigns for a second term in 2020.

“To me it’s unjust and ridiculous that they’re charging me money without any assurance that they’ll give me a stay in this country,” Latorre said. “They know my situation, they know where I live – I’m not hiding, my case is public. They know that we would not be able to pay those large sums of money they’re charging us.”

ICE is allowed under the Immigration and Nationality Act to impose civil fines against immigrants who have been ordered to be removed or who have been granted voluntary departure and do not leave the country, a spokesperson from its headquarters said.

To do that, ICE has to issue those immigrants a Notice of Intention to Fine first, after which the immigrant has 30 days to respond and argue why they should not be fined, something Latorre says her attorneys are taking care of by appealing the notice of citation to the Supreme Court.

Latorre, like others across the country who’ve received the letter, are unsure of what it will mean for their individual cases if they end up paying the potential fines.

“I don’t know if I’ll be receiving other letters or not,” Latorre said. “Let’s hope not because it’s an impossible amount they’re charging us.”

Before a ruling can be made, however, an ICE headquarters supervisor will determine if the notice to fine was issued properly and will then make a decision along with the local field office director. But Latorre can also appeal that decision to the Board of Immigration Appeals, according to the ICE spokesperson.

Latorre isn’t alone in this fight. She said others across the country whose she’s been in contact weekly, have said they’ve also received the same letter – including an unnamed undocumented immigrant in Colorado who faces a potential fine of approximately $500,000.

“Some were crying, some were sad, others laughed because this government is attacking us,” she said, recalling weekly conversations she’s had with other people seeking sanctuary across the nation.

Immigrants who have already been ordered deported face fines of up to $799 per day for each day they stay beyond their removal date, while immigrants who have been told to voluntarily depart typically face a penalty of $3,000, according to ICE.

If they do not respond to the notice, the civil penalty cannot be appealed and the penalty will count as a formal debt to the U.S. government and Treasury Department, an ICE spokesperson said.

Latorre said the recent move from the Trump administration, coupled with the threat of looming immigration raids, feel like an attack that keeps growing day-to-day.

“He’s attacking us, (he’s) closing doors and it’s something quite ridiculous and new that they’re charging these citations,” Latorre said. “These are tactics that we didn’t hear of in the past and now we’re learning about them, so we’re very much upset that they’re attacking us.”

As her fight for her stay in the country continues, Latorre is focusing on educating Colorado’s immigrant community through advocacy, both by speaking at the church and through a website she created as part of her “No Más Chuecos” campaign, where she talks about things immigrants should know and where she also informs them on their rights.

Latorre entered the U.S. in 2002. She first sought sanctuary at a Quaker meeting house in Denver between November 2016 and May to avoid deportation for a 2010 conviction for possessing falsified or stolen identification papers.

That deportation order was put on hold so she could appeal her conviction. A judge denied that appeal, and former Gov. John Hickenlooper subsequently refused to issue Latorre a pardon.

ICE then granted Latorre a 30-day stay, ending on Oct. 17, 2017, to leave the country. The agency paid for Latorre's ticket to Peru, while Latorre purchased tickets for her children.

She had a last-minute change of heart and instead sought refuge at Foothills Unitarian Church in the Fort Collins, where she remained until mid-December of that year, before she moved to the Unitarian Universalist Church in Boulder, where she currently remains.