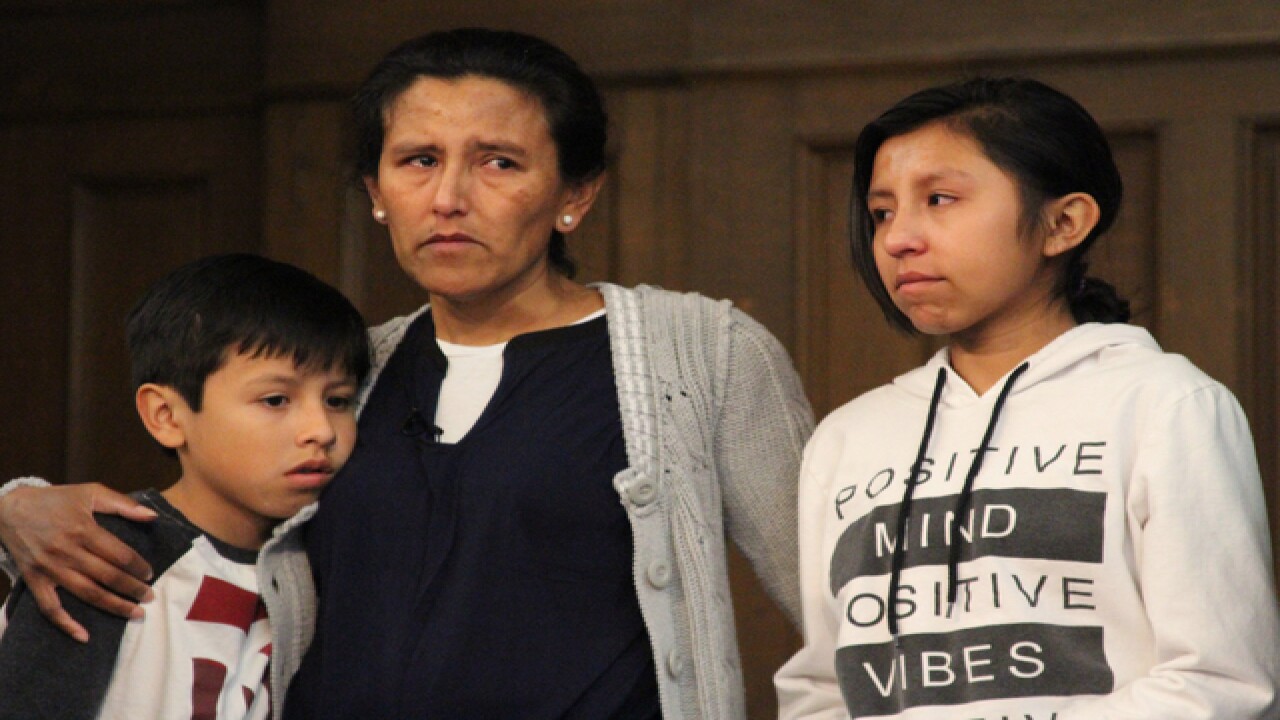 Copyright 2017 Scripps Media, Inc. All rights reserved. This material may not be published, broadcast, rewritten, or redistributed.
<p>Jeanette Vizguerra has sought sanctuary at a Denver church after her deportation stay was denied by ICE Wednesday. Her children, 10-year-old Roberto (left) and 12-year-old Luna, stood by her side.</p> 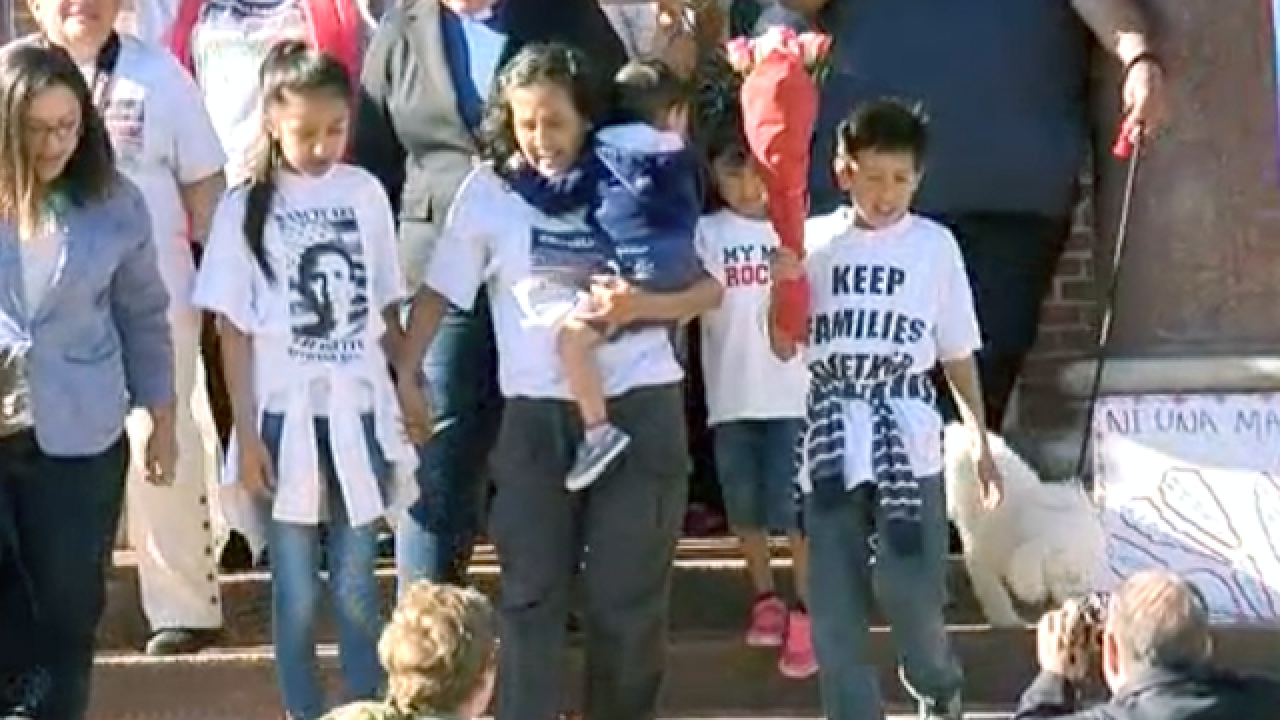 DENVER – Jeanette Vizguerra was surrounded by family and supporters as the undocumented mother of three U.S. citizens, and a fourth child under DACA protection, left a Denver church Friday morning.

Vizguerra had been living in the basement of the First Unitarian Church of Denver for three months to avoid deportation. She learned late Thursday evening that officials had granted her a two-year reprieve, which will allow her to stay in the country until March 15, 2019.

“Yesterday, I didn’t know if I should laugh or cry. My hands were sweating. And I asked that my children to come to me. I needed to celebrate that news with them. They are the reason for my life and my struggle,” said Vizguerra through an interpreter.

She says she is happy that she will get to spend Mother's Day with her children and grandchildren. But she says she is still sad because another woman is still living in another Denver church to avoid deportation. She vowed to help fight for her case now.

“After I am done here, I am going straight to her. Because even though my case has not ended, these next two years, my energies are going to be to fight for her,” said Vizguerra.

Vizguerra has been on a nearly eight-year battle to remain in the country with her daughter and her three American-born children. Her story has made national headlines  and she was named one of TIME magazine’s 100 most influential people  last month.

A survivor of violence who escaped from Mexico City to the U.S. in 1997 with her husband and eldest daughter, who was then 6-years-old, Vizguerra has been convicted of two misdemeanors during her time in the U.S.

In February 2009, Vizguerra was convicted of criminal possession of a forged instrument for having a Social Security card with her name on it, but without a valid Social Security number.

She served a 23-day sentence after her conviction.

Colorado elected officials were quick to release statements following news that she had been granted the stay.

"I am pleased to hear that Jeanette and Arturo have been granted temporary stays,” Colorado Senator Michael Bennet, D-CO, said in a statement. “We have been working closely with them on their cases—coordinating with their lawyers, and we introduced private bills for each in the Senate. These Coloradans have lived in our state for years, contributed to our economy, and should never have been targets for deportation in the first place."

Congressman Jared Polis, who represents Colorado's 2nd Congressional District, said ICE has "finally decided to do what they should have done in the first place" by giving her a new stay of removal.

"While I am grateful that Jeanette will be afforded more time in the U.S. and the due process she deserves, I am concerned for the countless families that will continue to be torn apart by ICE's new policy and alarmed by the blatant disregard for our legislative process," Polis said.

Activists say another man who once took refuge in a Denver church and was arrested by immigration agents last month, Arturo Hernandez, has also been granted a two-year deportation delay after first winning a 30-day delay.

The Associated Press contributed to this story.