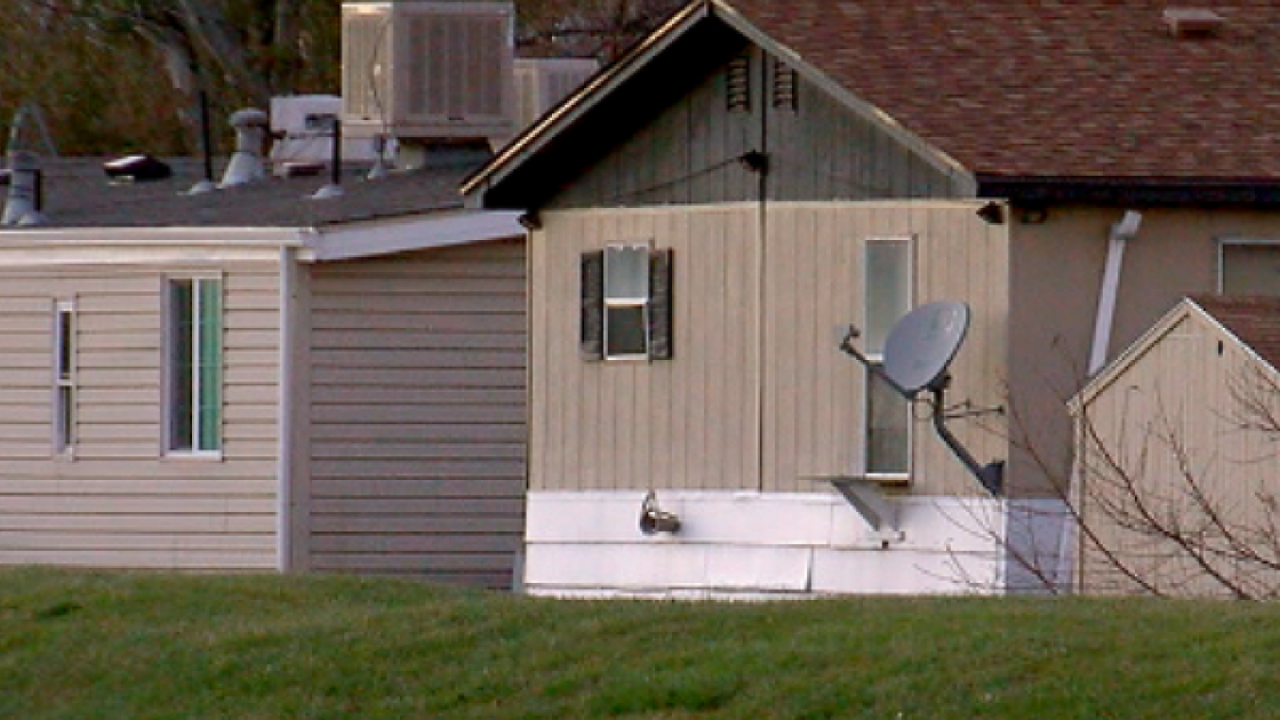 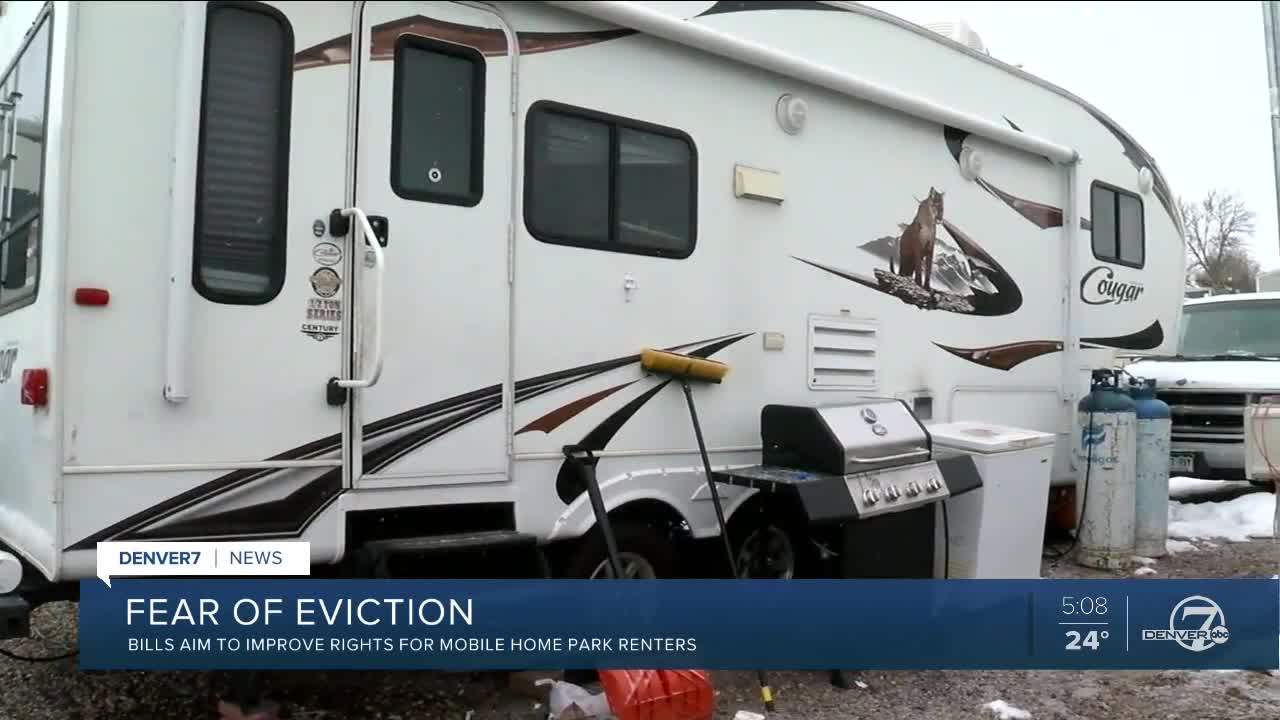 DENVER -- After passing a new law last legislative session to add enforcement measures to the Mobile Home Park Act, this year, state lawmakers have introduced two bills to give the more than 100,000 tenants who live in manufactured homes more rights.

The right to buy a mobile home park

Afterward, the tenants would have 90 days to make an offer and find the funds to buy the park.

The bill would not apply if the park owner is selling the property to a family member or in cases of an inheritance or eminent domain issue. The association representing mobile home owners who want to purchase the property must also get 51% of the people living there to agree to the purchase.

The bill’s supporters said this is an important step to offer some financial security, since relocating these homes can be costly. They also say there is a scarcity of vacancies at these parks as more land is being sold for development.

“Across the country and in Colorado, mobile home communities are the largest unsubsidized affordable housing and it’s just imperative, especially in this time with the affordable housing crisis, that we do everything we can to protect these parks,” said Rep. Edie Hooton, D-Boulder, a bill co-sponsor.

There are seven mobile home communities in Rep. Hooton’s House district, and she said this legislation will not give mobile home park residents an unfair advantage. Instead, she insists this is just about giving these tenants a chance.

“We’re not allowing homeowners to purchase a park for less than fair market value or for less than what the park owner is putting it up for sale,” Rep. Hooton said.

However, opponents of the bill, who spoke at House Transportation and Local Government committee last Wednesday, said this bill unfairly targets these types of property owners.

“At the end of the day, this is a very strong infringement on private property rights and it’s unfair to single out this one type of commercial property,” said Christian Hendrickson, an attorney for Sherman Howard and a representative for the Rocky Mountain Home Association, during the committee hearing.

The second bill lawmakers are currently considering clarifies several parts of last year’s update as well as adds protections for mobile home owners when it comes to privacy and retaliation by landlords, among other things.

“We have created in this legislation some clarity around what constitutes retaliation,” Rep. Hooton said.

From her constituents, Rep. Hooton said she has heard story after story of retaliation or evictions that she hopes this legislation will address.

Senator Pete Lee, D-El Paso County, who supports the bill, has also heard stories of landlord evicting people without notice, invading their privacy and more. He believes this bill is critical in maintaining affordable housing in the state.

“Mobile homes are one of the last bastions of affordable housing in the state. There are practices that have gone on in these mobile home parks which are abusive and which shock the conscience, and so this legislation was designed to extend some of the protections that people have and other types of residences to people in this unique type of ownership,” Sen. Lee said.

At the committee hearing, critics warned that adding more regulations to these parks could have a negative impact.

“There’s more regulation on unsubsidized affordable housing and the more you regulate it, the harder it is to provide,” Hendrickson said.

Others who spoke against the bill at the committee hearing worried about the limits the bill places on rulemaking, saying it would tie the landlords’ hands to evict someone who is a detriment to the park or who is doing illegal activities.

Others worried about their ability to create and enforce rules that would keep mobile home parks clean and safe.

Part of the bill requires management may add or amend rules for the park only after getting consent from each tenant or after providing written notice of the change 60 days before it goes into effect. Beyond that, if a home owner files a complaint against the rule, the management would not enforce the rule until the two parties have gone through a dispute resolution process.

During the committee hearing, some management companies spoke about instances where they had to create rules based on the actions of tenants.

One witness testified that a tenant started doing target practice with a bow and arrow in the park until they came up with a rule against it; another rule was created after a tenant started hanging the meat from the game they hunted from a tree on the property.

The management companies warned that this bill would prohibit them from creating and enforcing rules like these without going through a lengthy process.

Meanwhile, parts of the enforcement law that was passed last year will go into effect in May, such as the dispute resolution mechanism.

Hendrickson and others said last year’s law was a major change for these parks and the co-sponsors behind these bills aren’t giving the new law enough time to set in so they can see how it is making a difference before making more changes.

Both bills passed out of the House committee and moved on in the legislative process.