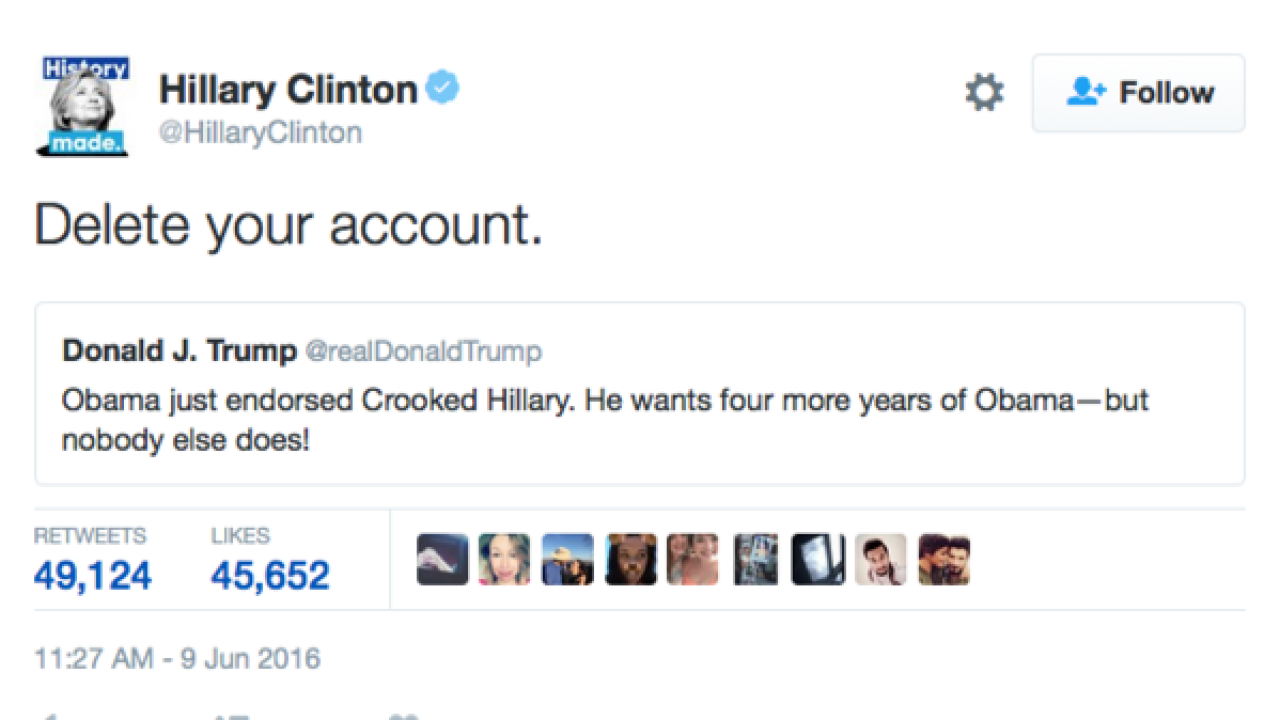 Now that Hillary Clinton and Donald Trump are the presumptive presidential nominees for their respective parties, the two are attacking each other on Twitter.

Thursday, Trump started it with this message:

Obama just endorsed Crooked Hillary. He wants four more years of Obama—but nobody else does!

Then Clinton's campaign responded on her verified account with this:

In case you're counting, we have about five more months until election day.