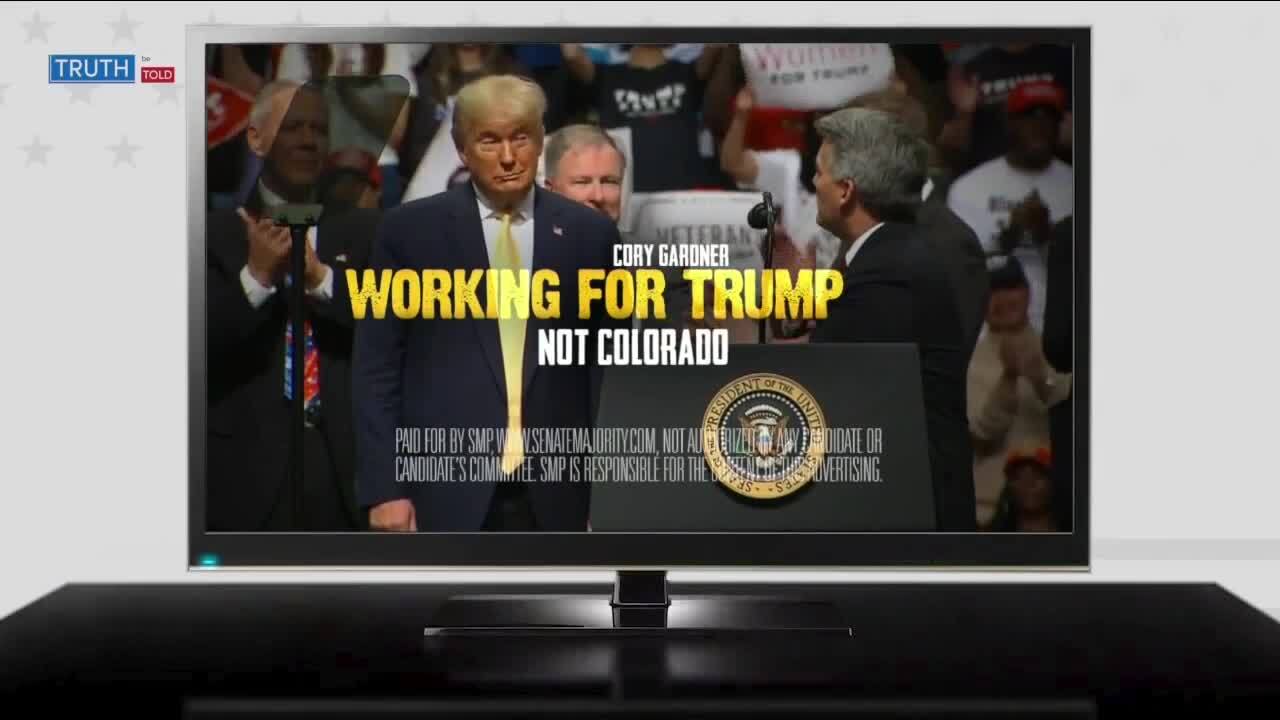 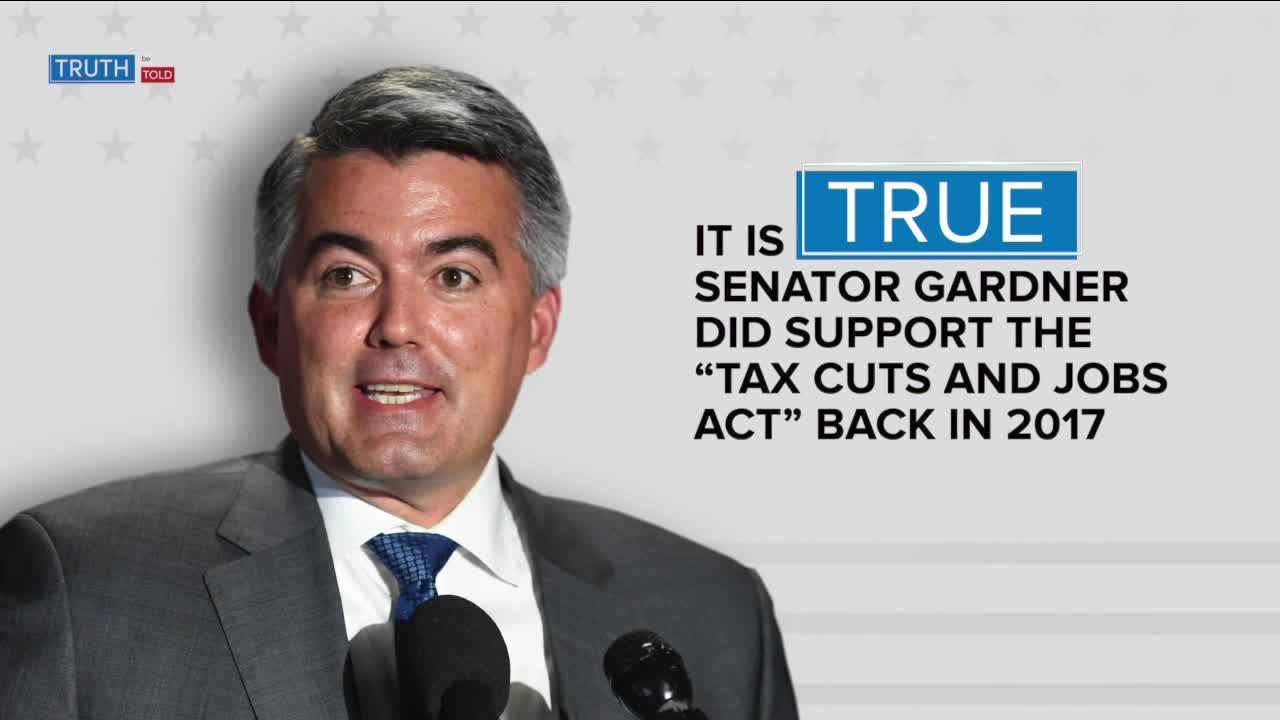 A recent ad funded by the Senate Majority PAC, a group that aims to create a Democratic majority in the U.S. Senate, does just that by using peanut butter and jelly, coffee and cream and macaroni and cheese as analogies. The ad was released earlier this month.

Trump lost Colorado in 2016 to Democratic nominee Hillary Clinton and trailed Joe Biden by 12 points in a recent poll by FiveThirtyEight.

The Denver7 “Truth Be Told” team is reviewing political ads in favor and in opposition to both candidates for Colorado’s senate seat where Gardner is facing off against former Gov. John Hickenlooper.

MORE | Election Guide 2020: Your guide to voting in Colorado

Here is a look at the claims made in this ad.

Claim: Gardner and Trump gave trillions in tax breaks to corporations and the wealthy.

This is in reference to Trump’s Tax Cuts and Jobs Act, passed in late 2017. The act produced a large overhaul of the nation’s tax code and included large cuts for corporations. It lowered the top corporate income tax rate from 35% to 21%. For personal income taxes, it also lowered rates among most of the seven tax brackets, including the top bracket, which saw a 2.6% reduction. The act passed along party lines in December 2017 with Colorado’s Republican senator voting in favor. The total tax cut was $1.5 billion, with most of that money coming from the business side. On the individual side, the highest tax brackets certainly saw the greatest returns, but most taxpayers got something.

It’s true that Gardner has consistently voted with Senate Republicans who have sought to repeal all or portions of the Affordable Care Act, enacted under President Barack Obama. Part of the act guarantees that people with pre-existing conditions have the opportunity to purchase health insurance at the same rates as others, among many other things.

Yes, there have been multiple votes in the Senate, but some of these votes were procedural, voting to proceed in some cases and voting on amendments in others. There were also votes on bills aimed at weakening the ACA that occurred prior to Trump’s presidency.

Gardner has stated that he favors covering people with pre-existing conditions and Republicans and the president have said they are working on a different health care plan, but no details of that have been released.

In August, Gardner introduced a bill that he claims would guarantee coverage for people with pre-existing conditions.

Claim: Gardner stuck with Trump 98% of the time.

Findings: It depends on the source

The text in that ad shows that Gardner “voted” with Trump 98% of the time. That number is arrived at via an average accumulated by the CQ Press Library. The library notes that Gardner’s voting participation was 99% inline with Trump’s support in 2017 and 97% in 2018. So the 98% number is an average of those two years.

The website FiveThirtyEight has a different number, stating that Gardner has voted inline with Trump’s position 89.1% of the time. The most recent time Gardner strayed from Trump’s position is when he voted in favor of reversing a Department of Education regulation on student loans. Trump was opposed to the reversal. The vote was approved by the Senate.