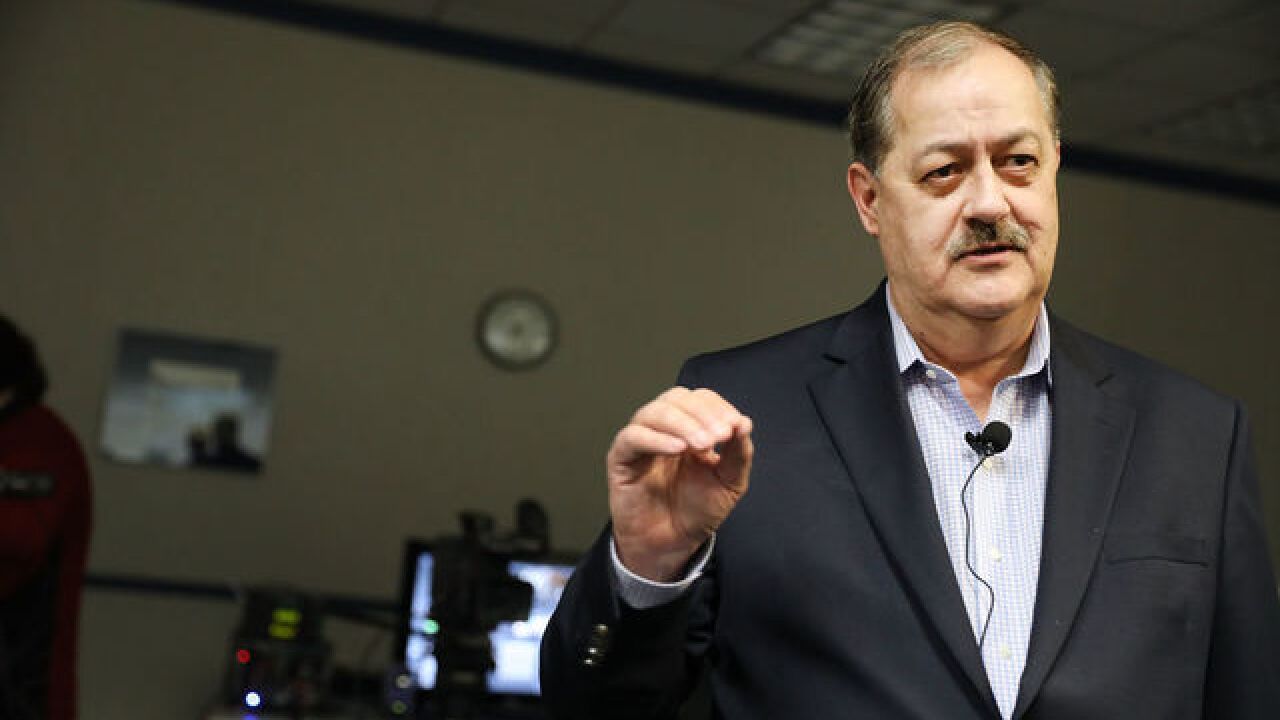 2018 Getty Images
Spencer Platt
<p>MORGANTOWN, WV - MARCH 01: Republican candidate for U.S. Senate Don Blankenship speaks at a town hall meeting at West Virginia University on March 1, 2018 in Morgantown, W.V. Blankenship is the former chief executive of the Massey Energy Company where an explosion in the Upper Big Branch coal mine killed 29 men in 2010. Blankenship, a controversial candidate in central Appalachia coal country, served a one-year sentence for conspiracy to violate mine safety laws and has continued to blame the government for the accident despite investigators findings. (Photo by Spencer Platt/Getty Images)</p>

Trump felt otherwise when he said in a tweet that Blankenship would lose the general election to Manchin, the Democratic incumbent senator.

"To the great people of West Virginia we have, together, a really great chance to keep making a big difference," Trump said on Twitter. "Problem is, Don Blankenship, currently running for Senate, can't win the General Election in your State...No way! Remember Alabama. Vote Rep. Jenkins or A.G. Morrisey!"

Trump cited Alabama Republican Roy Moore, who lost a special Senate election after allegations of past sexual misconduct. Trump had endorsed Moore in that race.

The 68-year-old Blankenship, the former CEO at Massey Energy, served a one-year prison term on a misdemeanor conviction for conspiring to violate federal mine safety standards at Massey's Upper Big Branch Mine, where 29 miners were killed in a 2010 explosion. Thursday marks the one-year anniversary of his release from a California prison. He filed Senate candidacy papers late last year.

Blankenship has taken aim at Senate Majority Leader Mitch McConnell with racially charged accusations of corruption. He responded that Trump doesn't know him and "the establishment is misinforming him because they do not want me to be in the US Senate and promote the president's agenda."

He added: "As some have said, I am Trumpier than Trump and this morning proves it."

Blankenship also touted his millions of dollars in contributions to past Republican campaigns in the state, including spending $3.4 million to help elect the first Republican to the state Supreme Court in 2004.

"West Virginia voters should remember that my enemies are Barack Obama and Hillary Clinton and my opponents would not even be running as Republicans had I not resurrected the Republican Party in West Virginia," Blankenship said.

West Virginia gave Donald Trump his largest margin of victory in the nation in 2016. Republicans make up just 32 percent of registered voters in West Virginia, yet in 2014 the state flipped the majority in the Legislature to the GOP for the first time in more than eight decades. Republicans hold five of the six statewide offices, including governor.

"What the president is saying is let's help this country," McCarthy said. "Let's put America first, find the very best person in West Virginia and not have a situation where we can't even compete in November."

Jenkins said he's honored that "President Trump gave us a wonderful shout-out," while Morrisey said he hopes voters "will listen to President Trump when they go to the polls."

Blankenship campaign spokesman Greg Thomas said the candidate is "in the process" of filing the paperwork and has sent notification it would be late. Thomas said Blankenship's form is complicated.