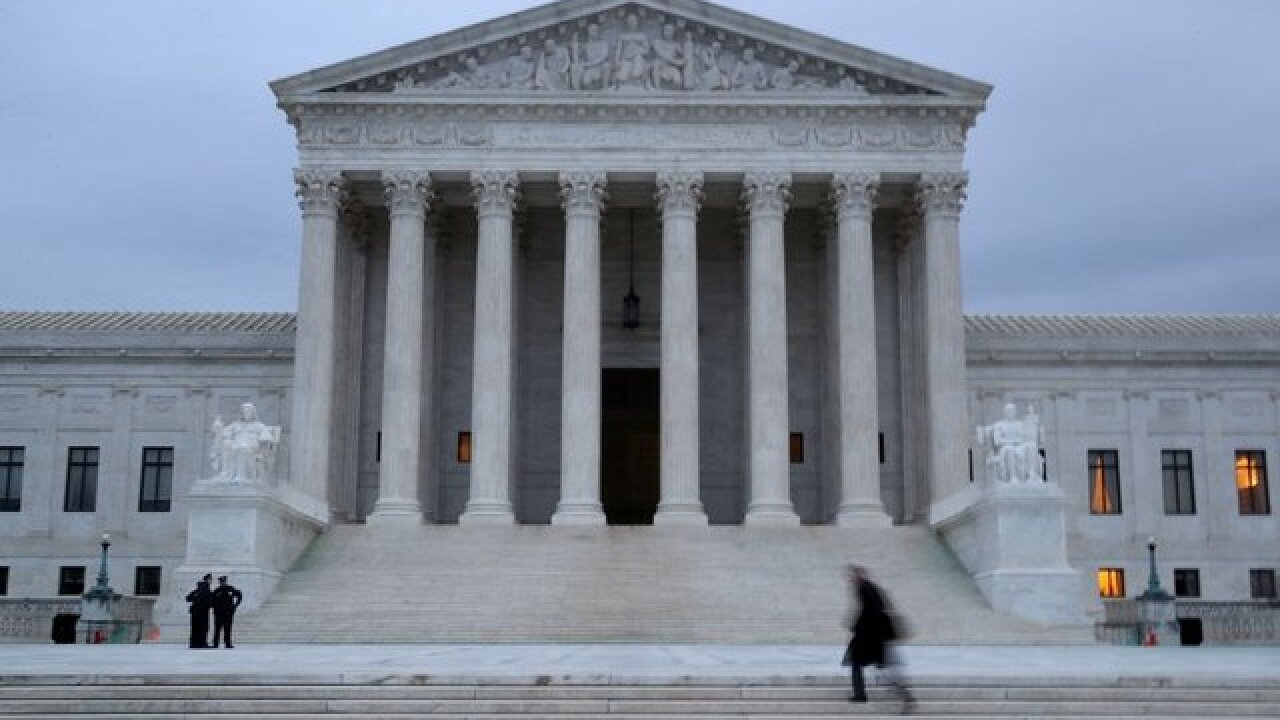 The president says he is considering two women among a group of at least five potential candidates for the nation's high court. Trump says as many as seven candidates may be interviewed. Two Colorado judges—Allison Eid and Timothy Tymkovich—were on Trump’s November shortlist.

Trump was asked Friday if he plans to ask potential nominees their views on abortion rights and Roe v. Wade. He responded, "That's not a question I'll be asking."

Trump says he thinks that is "inappropriate to discuss."

He plans to begin interviewing possible candidates Monday but may meet with some this weekend in New Jersey.

Trump says of the candidates under consideration, "It's a great group of intellectual talent."