Trump's clout within GOP on the line in Tuesday elections 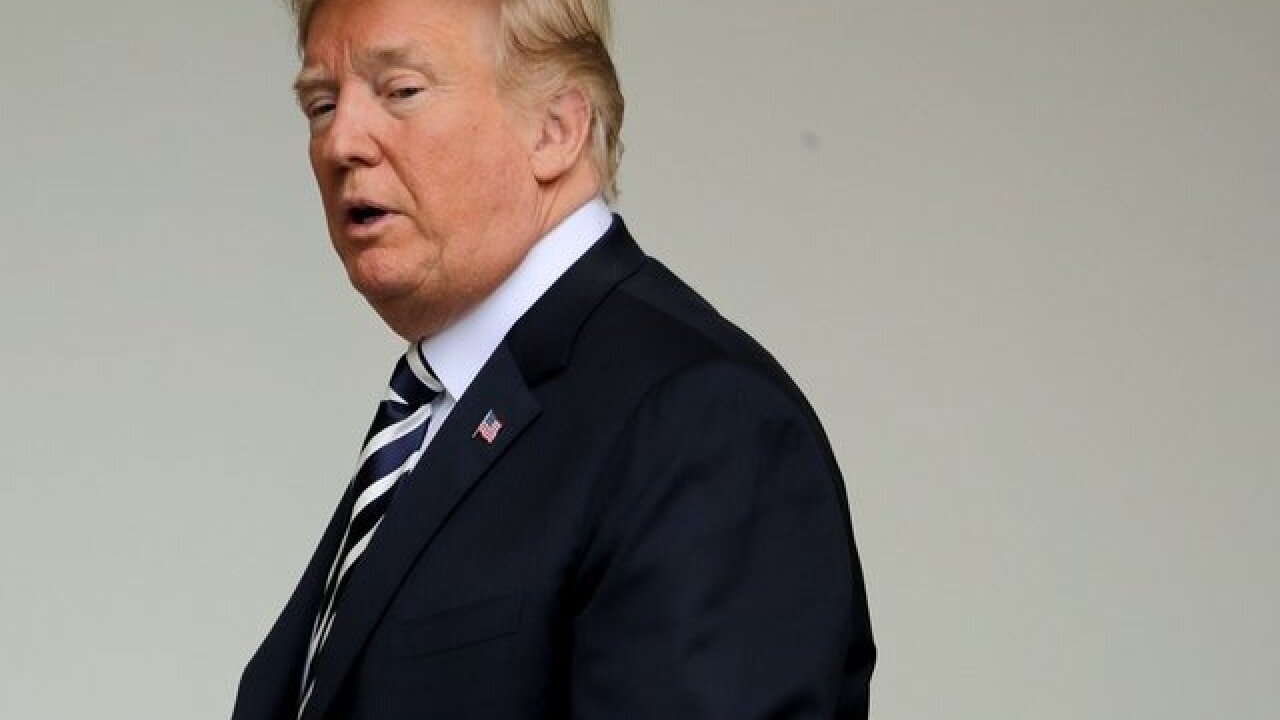 COLUMBIA, S.C. (AP) — A convicted felon, a former presidential nominee and one of Donald Trump's most loyal supporters fought for their political lives Tuesday in primary elections across America that tested anew the Republican president's clout within his own party.

The first polls closed at 7 p.m. EDT, in South Carolina.

In all, voters cast ballots in seven states, including Maryland, where a computer problem could affect tens of thousands of potential votes.

But no contest mattered more to the Trump White House than South Carolina, where one of the president's very first high-profile supporters, Gov. Henry McMaster, faced the possibility of losing his seat to a political newcomer.

Trump publicly embraced the sitting governor during a Monday night rally in South Carolina's capital city and followed up with a sunrise Twitter reminder from the White House: "GO OUT AND VOTE FOR HENRY TODAY, HE WILL NEVER LET YOU DOWN," Trump wrote.

McMaster was up against self-made millionaire John Warren in a runoff election that threatened to embarrass the White House if the governor fell short. Trump has a mixed track record when going all-in for an ally: His preferred candidates have suffered stinging losses in Alabama and western Pennsylvania in recent months.

The South Carolina gubernatorial race headlined the latest series of primary contests, which included New York, Utah, Colorado, Oklahoma and Mississippi as well as Maryland. With the November general election a little more than four months away, more than half the states will have selected their candidates after the day's final votes are counted.

History suggests that Trump's Republican Party, like the parties of virtually every first-term president dating back to Ronald Reagan in 1982, will suffer losses this fall. Yet it remains unclear whether Democrats' enthusiasm advantage demonstrated in the early months of Trump's presidency will be enough to take control of Congress and key governors' offices nationwide.

Some of the Democrats who showed up to vote Tuesday were particularly motivated by the president's policy of separating immigrant children from their parents at the southern border — a policy Trump reversed last week after an avalanche of criticism.

Seventy-year-old Patricia Lane cast a ballot in Bethesda, Maryland, despite months of tiring chemotherapy treatments. She said she was appalled by the family separations and she believed many women and mothers were similarly motivated.

"We're who they're afraid of at the ballot box," Lane said.

Besides South Carolina, the president injected himself into marquee races Tuesday in New York, where convicted felon Michael Grimm is fighting for his old job, and in Utah, where the 2012 Republican presidential nominee, Mitt Romney, is seeking a political comeback as a 71-year-old freshman senator.

Trump last month stepped into the messy congressional primary in New York City's only Republican stronghold, Staten Island, calling for the re-election of Rep. Dan Donovan. Standing in his way: Grimm, who held the seat until 2015, when he pleaded guilty to knowingly hiring immigrants who were in the country illegally to work at his Manhattan restaurant and cooking the books to hide income and evade taxes.

Grimm, who served seven months in prison, was known for his tough-guy talk while in Congress, where he once threatened, on camera, to break a reporter in half "like a boy" and throw him from a balcony.

Elsewhere in New York, a handful of incumbent congressmen from both parties could lose their jobs. They include Rep. Joe Crowley, considered a candidate to become the next House speaker should Democrats win the majority. He is locked in his first serious Democratic primary in more than a decade.

Political newcomer Alexandria Ocasio-Cortez, a 28-year-old former aide to the late Massachusetts Sen. Ted Kennedy, hopes to take down Crowley. While Crowley is backed by many unions, Ocasio-Cortez has been endorsed by several liberal groups, including MoveOn.

More than 2,000 miles (3,200 kilometers) away in deep-red Utah, Trump also endorsed Romney, who once served as the face of the "Never Trump" movement but has since warmed to the Trump presidency.

The former Massachusetts governor is facing little-known state Rep. Mike Kennedy, who questions Romney's conservative credentials and ability to work well with the president. Kennedy won over far-right conservatives at the state GOP convention earlier in the year, but he's expected to struggle among more moderate Republican voters — including many Trump critics — around the state.

Utah voter Andrew Knaupp, a 43-year-old graphic designer, said he was irritated by Romney's early hostility to the president.

"I'm left wondering which Mitt Romney I'm going to get in office. He's changed his positions on a lot of things," Knaupp said, noting that he voted for Kennedy.

In a weekend op-ed published in The Salt Lake Tribune, Romney wrote that the Trump administration's policies have exceeded his expectations, but he pledged to "continue to speak out when the president says or does something which is divisive, racist, sexist, anti-immigrant, dishonest or destructive to democratic institutions."

Not to be forgotten: races to determine gubernatorial candidates in Maryland, Colorado and Oklahoma. Oklahoma is also deciding whether to legalize the cultivation, possession and use of marijuana for medicinal purposes.

In Maryland, the State Board of Elections was contacting as many as 80,000 voters whose registration information had not been updated, the result of a computer problem. Voters affected by the problem were being asked to cast provisional ballots, which would not be counted until July 5, officials said. They added that the problem was related to a programming error, not infiltration from an outside source.

The most telling test of Trump's influence was in South Carolina, where McMaster — elevated to the state's top office last year when Nikki Haley became U.N. ambassador — is in jeopardy. Two weeks ago, the governor failed to win the GOP primary outright, requiring a runoff election with Warren.

McMaster shocked even his closest advisers when, as lieutenant governor in early 2016, he became the first statewide-elected official in the country to back Trump's White House bid.

Warren, a millionaire businessman and a Marine, has argued that his outsider candidacy makes him more akin to Trump.

During a rally on the eve of the election, Trump dedicated only a few minutes of his hourlong speech to the Republican governor he was there to support. But McMaster got the image he wanted as he embraced Trump while they briefly shared the stage.

McMaster, given his turn to speak, called Trump "a real force of nature."

Find all of our primary coverage here: https://apnews.com/tag/Primaryelections