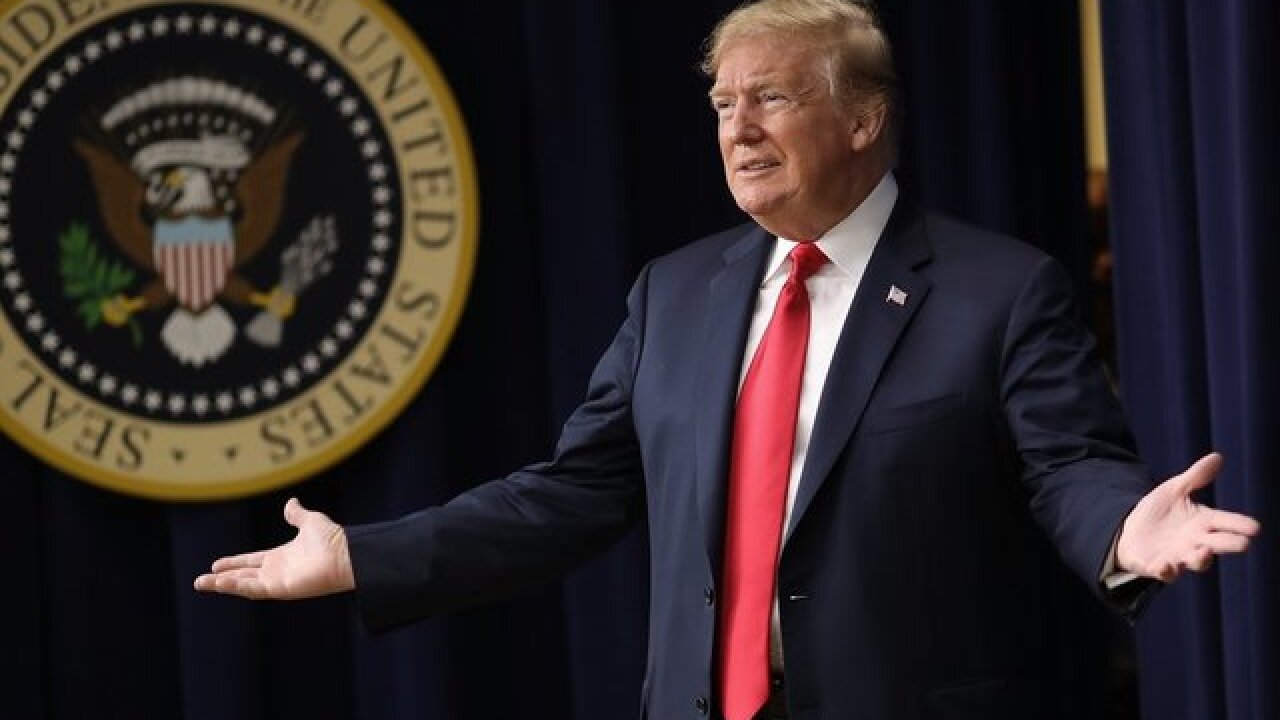 (CNN) -- President Donald Trump has repeated like a mantra there was "no collusion!" between his campaign and Russians trying to meddle in the 2016 US election.

But in the shocking new 29-page indictment filed by the US Department of Justice against 12 Russian intelligence operatives for meddling in the 2016 election, there is one passage that brings to mind a moment when Trump publicly asked the Russians to do something -- and privately, they turned around and did exactly what he'd requested.

The indictment does not explicitly mention Trump asking for anything, but it does say this starting on page 7:

22. The Conspirators spearfished individuals affiliated with the Clinton Campaign throughout the summer of 2016. For example, on or about July 27, 2016, the Conspirators attempted after hours to spearfish for the first time email accounts at a domain hosted by a third-party provider and used by Clinton's personal office. At or around the same time, they also targeted seventy-six email addresses at the domain for the Clinton Campaign.

How do we get from this passage to a direct plea from Trump? You don't have to go far. On July 27, 2016, Trump gave a news conference in Florida. At that news conference, he asked Russia to find Clinton emails.

Here's the video. Watch it.

Or read this transcript of the moment after he was asked a question at that July 27 news conference about Vladimir Putin (whom he'll see at a summit Monday, by the way) and in the context of the hacking of the DNC:

TRUMP: Why do I have to get involved with Putin? I have nothing to do with Putin. I've never spoken to him. I don't know anything about him other than he will respect me. He doesn't respect our President. And if it is Russia -- which it's probably not, nobody knows who it is -- but if it is Russia, it's really bad for a different reason, because it shows how little respect they have for our country, when they would hack into a major party and get everything. But it would be interesting to see -- I will tell you this -- Russia, if you're listening, I hope you're able to find the 30,000 emails that are missing. I think you will probably be rewarded mightily by our press. Let's see if that happens. That'll be next.

Now, in context, we should note that Trump did not specifically ask Russians to hack Clinton campaign officials, which is what they ended up doing. He was referring to emails from her time as secretary of state that were wiped from the private server where she kept them.

But he did say, "Russia, if you're listening," and then ask them to get Clinton emails. It was a shocking moment in a campaign chock full of them and now it has even more resonance.

It was "on or about" that same day, according to this indictment, that "the Conspirators attempted after hours to spearfish for the first time email accounts at a domain hosted by a third-party provider and used by Clinton's personal office."

He asked for it and, "for the first time," they started spearfishing email accounts used by Clinton's office.

We didn't know exactly what the Russians were doing at the time, but Trump's request was a very big deal during the Democratic convention and  after the Democratic National Committee's email server had already been hacked . When Trump made his plea to the Russians  even Republicans at the time criticized it .

Is it all a huge coincidence that the Russian agents picked that day to target Clinton email servers, as the US government alleges? It sure could be. Is it possible the Russians took this one cue directly from Trump's mouth? Sure seems like it.