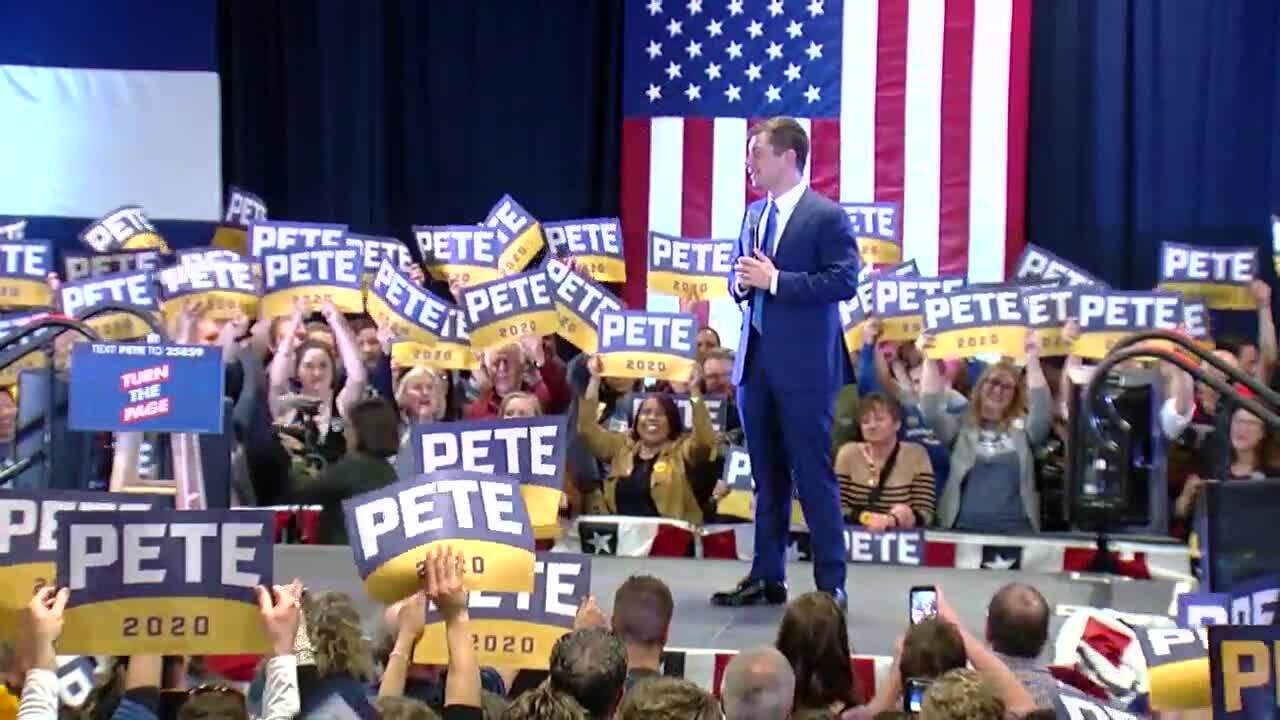 DENVER — Colorado's primary is more than a week away, and the Democratic presidential candidates have been busy campaigning in the Centennial State ahead of the March 3 Super Tuesday primary.

Pete Buttigieg's campaign is not ignoring Colorado. He held a town hall meeting in Denver Saturday night, drawing thousands to the event at the Crowne Plaza Denver Airport Convention Center.

Buttigieg took questions on a range of issues from attendees which Colorado Secretary of State Democrat Jena Griswold read aloud. One of those questions was from a 9-year-old boy who was invited on stage with the candidate after the boy's submission about coming out as gay.

Saturday's event comes a week after Sen. Bernie Sanders spoke at a rally at the Colorado Convention Center in Denver, with thousands of his supporters packing two exhibition halls. Sen. Elizabeth Warren plans to hold a rally Sunday at the Fillmore Auditorium. The event starts at 3 p.m. and is open to the public.

Buttigieg spoke to the Denver crowd at the same time the results of Nevada's presidential caucuses were being released. Early results showed the 38-year-old candidate was trailing behind the big winner of the night — Bernie Sanders, who scored a resounding victory and cemented his status as the Democrats' national front-runner.