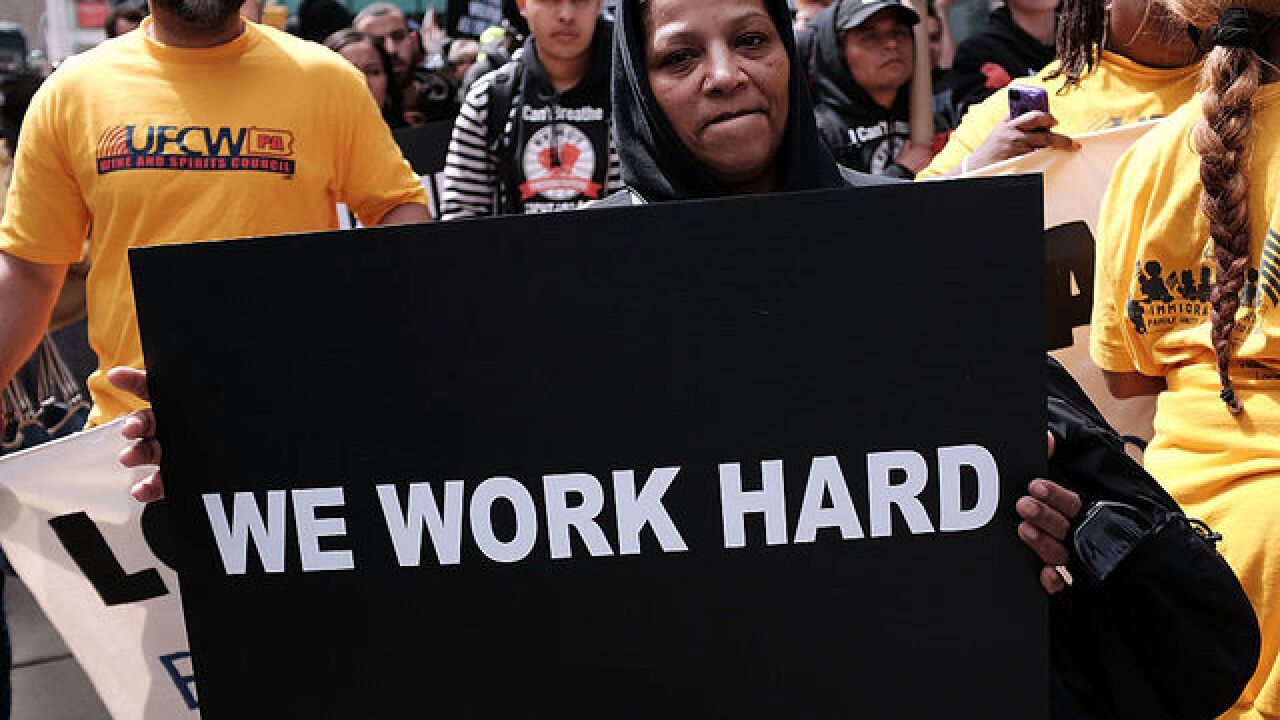 2015 Getty Images
Spencer Platt
<p>NEW YORK, NY - APRIL 15: Low wage workers, many in the fast-food industry, join with supporters to demand a minimum wage of $15 an hour on April 15, 2015 in New York City. In what organizers are calling the biggest ever mobilization of workers in the U.S., thousands of people took to the streets across the country to stage protests in front of businesses that are paying some of their workers the minimum wage. Home care workers, and employees at Walmart and fast food restaurants say that the current minimum is not a living wage. (Photo by Spencer Platt/Getty Images)</p>

VAIL, Colo. (AP) — A think tank says the average age of a low-wage worker in Colorado is 34 and many are female minorities.

The Vail Daily reports that a study by the Colorado Fiscal Institute finds that more than a quarter of the jobs in Colorado were classified as low-wage in 2016.

The low-wage employment study defines these jobs as paying less than what a full-time worker would require in order to live above the federal poverty level with a family of four.

The study says the number of low-wage jobs has increased by 20 percent since 2010, and wages adjusted for inflation for median-wage workers are lower than what they were in 2000.

Institute economists say the real average low-wage worker is contrary to the widely held belief that most are teenagers.