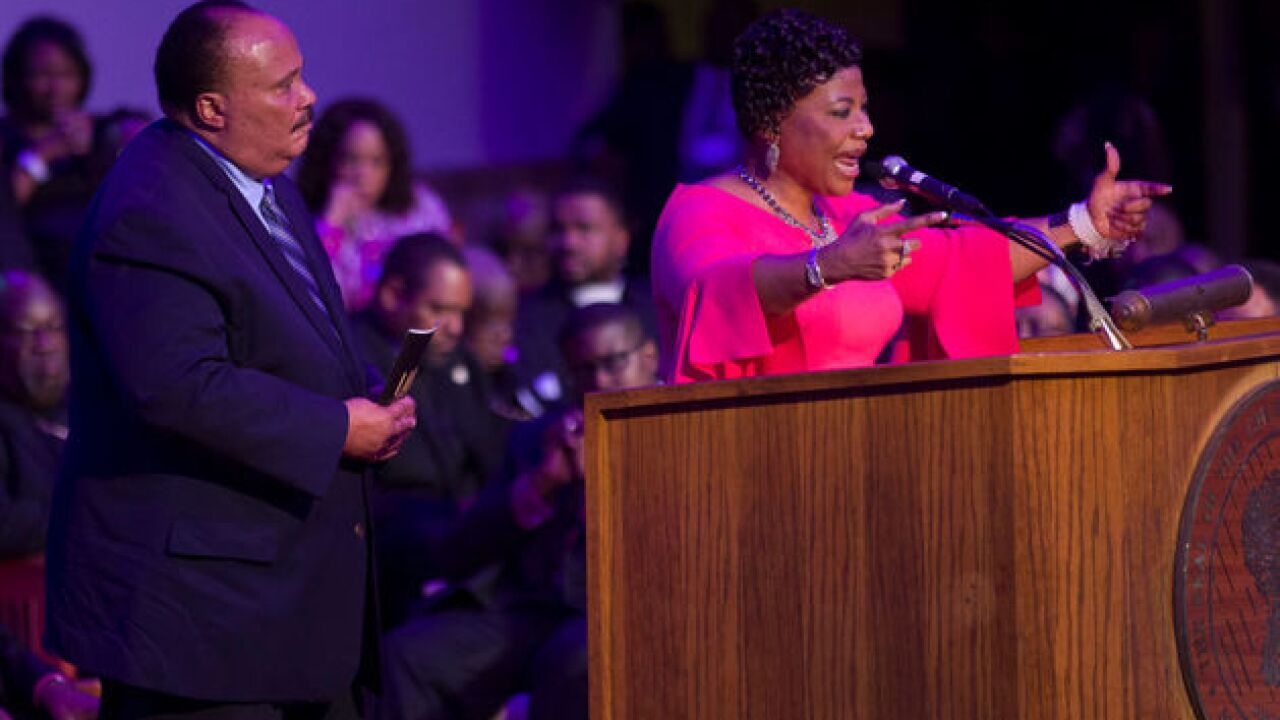 2018 Getty Images
Joe Raedle
<p>MEMPHIS, TN - APRIL 03: Martin Luther King III (L) and his sister Bernice King address the I AM 2018 "Mountaintop Speech" Commemoration at the Mason Temple Church of God in Christ, the same place their father, Martin Luther King, Jr., delivered his "Mountaintop" speech on the eve of his assassination, April 3, 2018 in Memphis, Tennessee. The city is commemorating the 50th anniversary of King's assassination on April 4, 1968. (Photo by Joe Raedle/Getty Images)</p>

MEMPHIS, Tenn. (AP) — Fifty years after the Rev. Martin Luther King Jr. was assassinated, the civil rights leader's family and admirers will mark the anniversary of his death with marches, speeches and quiet reflection on Wednesday.

The commemorations stretch from his hometown of Atlanta to Memphis, where he died, and points beyond. Among the first events is a march led by the same sanitation workers union whose low pay King had come to protest when he was shot. Another event will kick off about the same time in Atlanta, where King's daughter the Rev. Bernice A. King is moderating an awards ceremony in his honor.

The Memphis events are scheduled to feature King's contemporaries, including the Rev. Jesse Jackson, the Rev. Al Sharpton and U.S. Rep. John Lewis, along with celebrities such as the rapper Common. In the evening, the Atlanta events culminate with a bell-ringing and wreath-laying at his crypt to mark the moment when he was gunned down on the balcony of the old Lorraine Motel on April 4, 1968. He was 39.

Wednesday's events followed a rousing celebration the night before of King's "I've Been To the Mountaintop" speech at Memphis' Mason Temple Church of God in Christ. He delivered this speech the night before he was assassinated.

Inside the church, Bernice King called her older brother, Martin Luther King III, to join her in the pulpit, and she discussed the difficulty of publicly mourning their father — a man hated during his lifetime, now beloved around the world.

"It's important to see two of the children who lost their daddy 50 years ago to an assassin's bullet," said Bernice King, now 55. "But we kept going. Keep all of us in prayer as we continue the grieving process for a parent that we've had yet to bury."

The anniversary coincides with a resurgence of white supremacy, the continued shootings of unarmed black men and a parade of discouraging statistics on the lack of progress among black Americans on issues from housing to education to wealth. But rather than despair, the resounding message repeated at the church was one of resilience, resolve, and a renewed commitment to King's legacy and unfinished work.

A gospel singer led a rousing rendition of "Lift Every Voice and Sing," and the gathering took on the air of a mass meeting.

Lee Saunders, a national labor leader, recounted how on that night in 1968, King made an unplanned appearance to deliver the famous speech without notes after his aides saw how passionate the crowd was: "There was one man they wanted to hear from."

But Saunders stressed that the purpose of the week's commemorations was not just to look to the past.

"Dr. King's work — our work — isn't done. We must still struggle; we must still sacrifice. We must still educate and organize and mobilize. That's why we're here in Memphis. Not just to honor our history, but to seize our future," he said.

Some of the sanitation workers who participated with King in a 1968 strike sat in the front row and were treated like celebrities, with audience members stopping to take photos with them before the event started.

The commemoration of the "Mountaintop" speech followed an announcement earlier in the day by civil rights leaders who are reviving an economic justice campaign first planned by King. The organizers of a new Poor People's Campaign are planning 40 days of marches, sit-ins and other peaceful protests.

Starting May 14, clergy, union members and other activists will take part in the events in about 30 states, targeting Congress and state legislatures. Then, on June 23, organizers plan a large rally in Washington — similar to what King had envisioned. The original Poor People's Campaign was carried out in 1968 after King's death by other civil rights leaders.

Errin Haines Whack is The Associated Press' national writer for race and ethnicity. Follow her work on Twitter at http://www.twitter.com/emarvelous