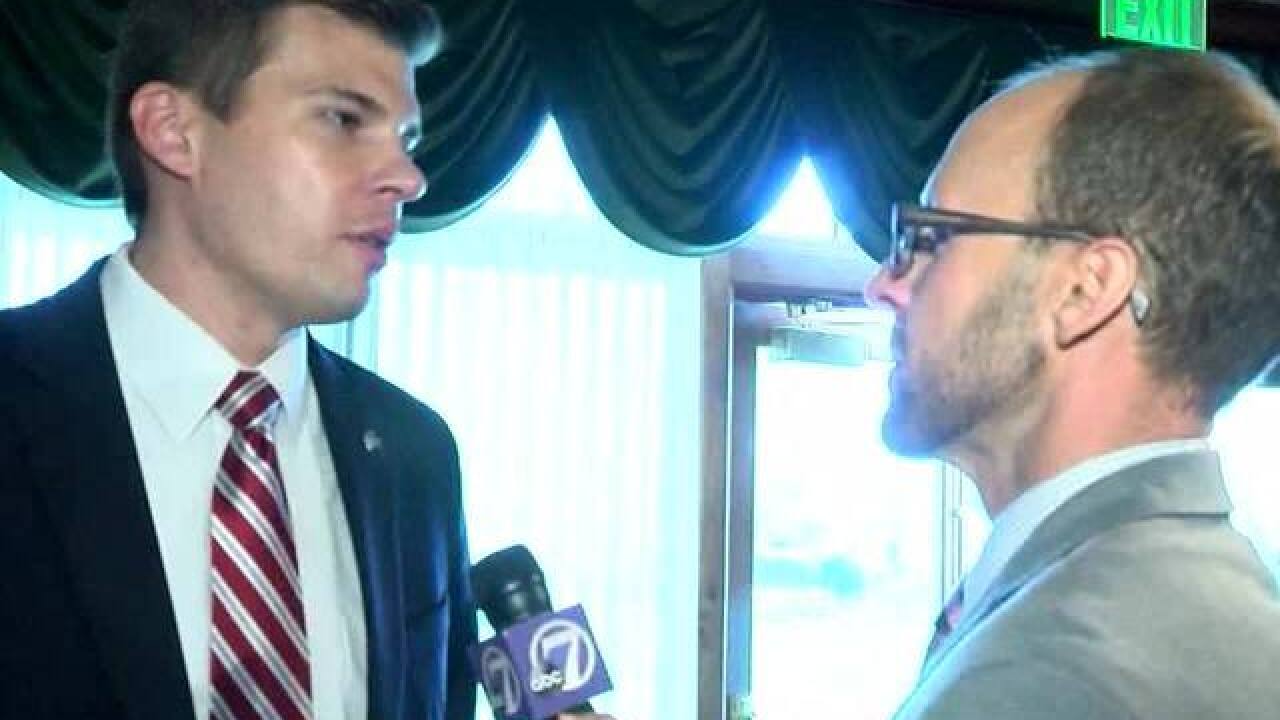 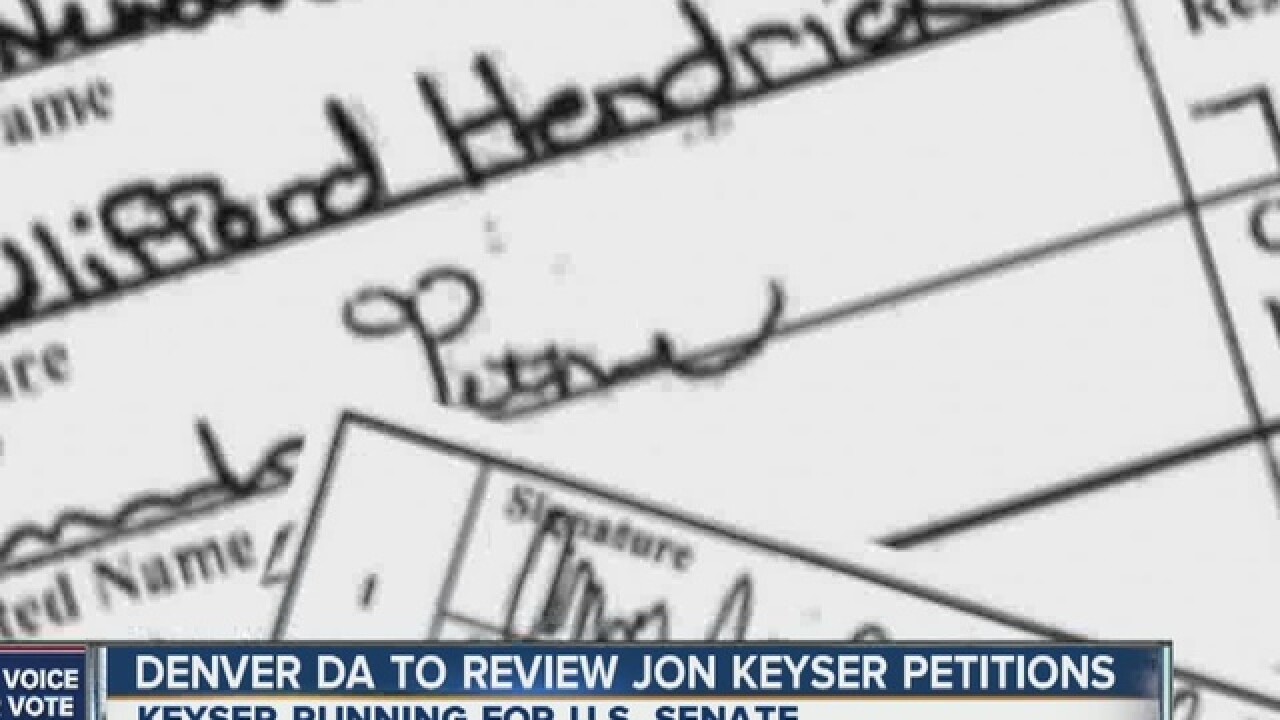 The woman who collected signatures for Jon Keyser's campaign, which have come under scrutiny from a Denver7 investigation, has been fired. We are only identifying the woman as "Maureen."

"She is fired as a result of your investigation," said Steve Adams, partner of Black Diamond Outreach. "And our internal investigation."

"It showed us that there were very suspect signatures. Coupled with the report that you did, [it] gave us reason to believe that they were forged," said Adams.

On Monday, investigators with multiple District Attorneys offices met to discuss one complaint from liberal group ProgressNow Colorado and complaints from two voters who said they did not sign petitions for Keyser.

Those two voters are from Arapahoe County and contacted the 18th Judicial District Attorney's Office to complain about their signatures being forged.

MORE | Multiple voters confirm for Denver7 their signatures were forged on Keyser petitions for U.S. Senate

Keyser qualified for the U.S. Senate primary ballot by petitioning onto the ballot. He had to go to court after the Secretary of State originally rejected some signatures. A judge allowed those signatures to be counted.