Renewed AUMF sought by some 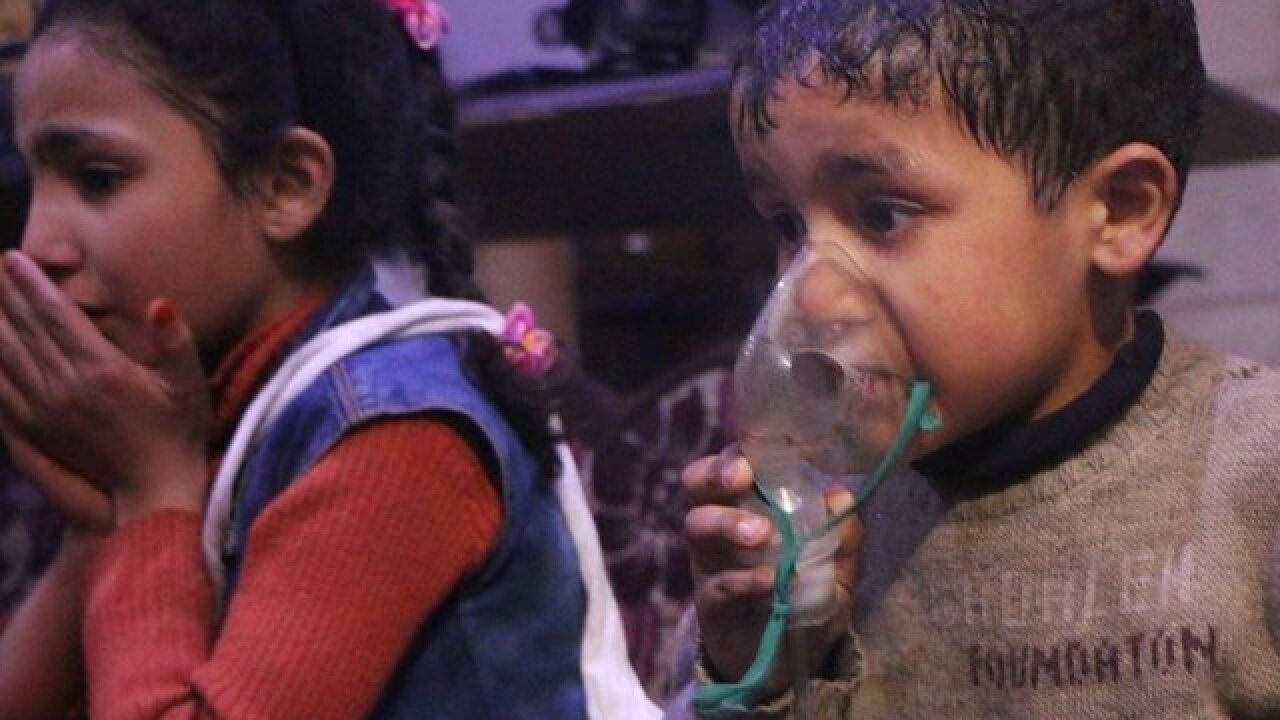 DENVER – Several of Colorado’s members of Congress cautiously said Monday they would support U.S. military action in Syria after the latest alleged chemical weapon attack, but most emphasized that President Donald Trump will need to follow through with Congress with a full plan for further intervention.

Trump promised Monday to make a decision on a possible American response to the weekend attacks within the next 24 to 48 hours, and added: “If it’s Russia, if it’s Syria, if it’s Iran, if it’s all of them together, we’ll figure it out.”

He added later in the day that the U.S. would “forcefully” respond to the attacks.

Rep. Mike Coffman, R-Colo., was the first member of Congress from Colorado to speak about the alleged chemical attack.

“A red-line has likely been crossed again by Assad. If observers are not allowed into Syria to verify if chemical weapons were used, then we must assume they were, and the U.S. must respond with a proportionate attack to send a clear message – that such atrocities,” he tweeted Sunday.

In 2013, the Obama administration was part of a deal signed off on by Russia in which Syria was supposed to remove and destroy all of its chemical weapons. That came after President Barack Obama said in August 2012 that there was a “red line” for the U.S. in Syria that Assad would cross by using chemical weapons – something Coffman referred to in his tweet.

When a similar attack occurred last year, some of the state's Republicans changed their tune as to presidential actions over a possible strike in Syria.

When asked to clarify his comments Monday, Coffman said President Trump would be allowed to order a military strike on Syria under the War Powers Resolution of 1973, and would be required to notify Congress within 48 hours.

Assad’s military is not listed under the current Authorization for Use of Military Force (AUMF), so Congress would then have 60 days to authorize a possible action in Syria. If Congress didn’t approve within that time period, Trump would have to withdraw U.S. forces within 30 days of that deadline.

Rep. Ed Perlmutter, D-Colo., said he was working to further understand the details of the latest alleged chemical attack, and also pointed out that Assad is not supposed to have chemical weapons under the 2013 deal. Further, he noted that Trump would need to come to congress for a new AUMF.

“These atrocities must stop. I support targeted military action against the Syrian regime, as I have in the past,” Perlmutter told Denver7, “but that does not negate the need for President Trump to come before Congress to fully debate a new Authorization for the Use of Military Force to combat the threat in Syria.”

Sen. Cory Gardner, R-Colo., who is a member of the Senate Foreign Relations Committee, condemned Assad and the attacks, and said he would work with the president and Congress for proper short and long-term plans in Syria.

“The horrific chemical weapons attacks in Syria are further proof that there cannot be a future for Syria under Bashar al-Assad.  Al-Assad and his allies in Russia and Iran must know that the United States will not stand for such heinous and disturbing attacks on innocent civilians,” Gardner told Denver7.

“I call for the President to launch a coordinated and proportional response to this attack and to work with Congress to devise a comprehensive strategy that secures lasting peace in Syria and protects U.S. national security interests, especially from Russia and Iran’s malign influence and activities in the region,” he added.

Sen. Michael Bennet, D-Colo., couldn’t immediately be reached for comment Monday, but said after last year’s chemical weapons attack that “Assad has no place in the future of Syria.”

“As long as he is in power, the Syrian people will remain trapped in a horrific and dangerous situation,” he said at the time. “Moving forward, any military action must be conducted in consultation with Congress and considered only as part of an articulated strategy to address the ongoing crisis.”

U.S. Ambassador to the United Nations Nikki Haley said Monday that the U.S. was “determined to see that the monster who dropped chemical weapons on the Syrian people held to account.”