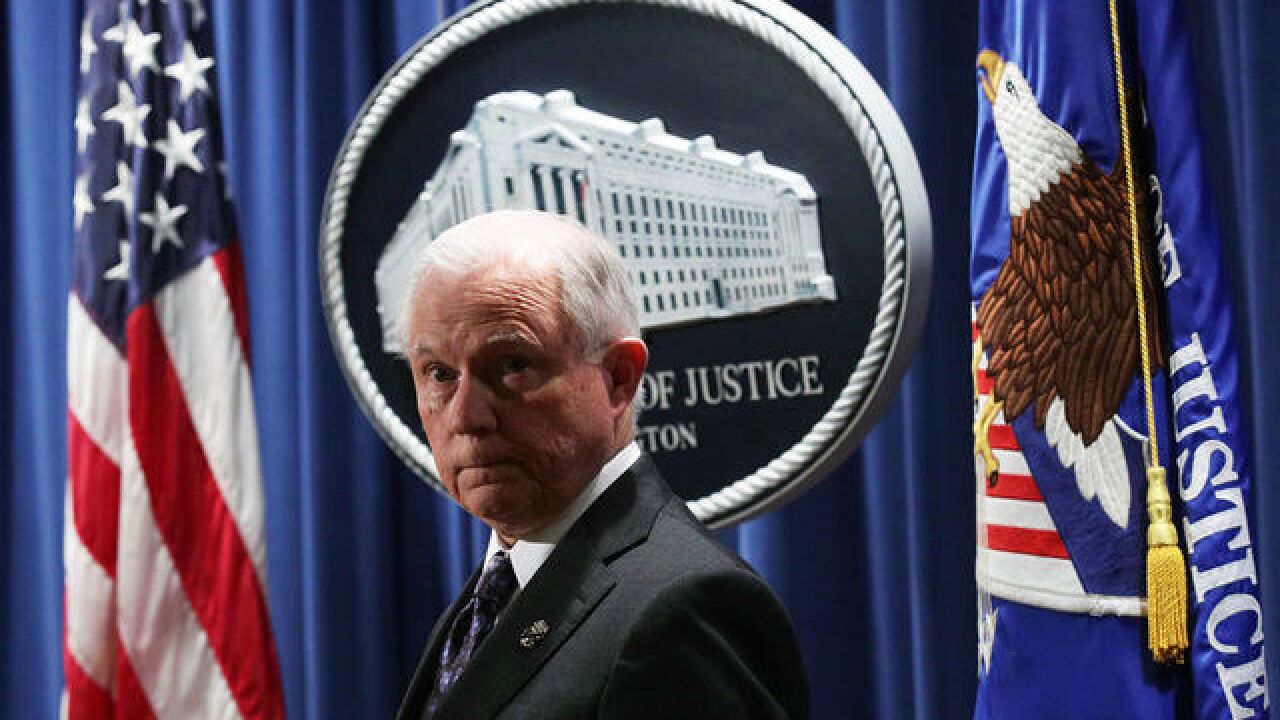 DENVER – There are ongoing discussions within the Justice Department about making changes to marijuana enforcement at the federal level, Attorney General Jeff Sessions said Wednesday.

At a press conference announcing new efforts to fight the opioid abuse crisis across the country, Sessions said he still has large concerns about the legitimacy of legal marijuana programs, and that his Justice Department met Tuesday to review possible changes.

“It’s my view that the use of marijuana is detrimental and we should not give encouragement in any way to it,” Sessions said, saying the DOJ was looking at marijuana policy “very hard.”

“It represents a federal violation, which is in the law and is subject to being enforced, and our priorities will have to be focused on all the things and challenges that we face.”

He went on to note that there were several other controlled substances—like fentanyl, heroin, meth and other prescription drugs—that were issues, but put marijuana in with those substances.

“We’ll be working our way through to a rational policy,” Sessions said. “But I don’t want to suggest in any way that this department believes that marijuana is harmless and people should not avoid it.”

Sessions’ latest comments come after months of back-and-forth between he and Colorado lawmakers, who have concerns that the Justice Department could go after the state’s legal marijuana programs.

Sessions has said the idea that marijuana could be used to remedy heroin and opioid addiction is “stupid” and “hyped.”

“I’ve heard people say we could solve our heroin problem with marijuana. How stupid is that? Give me a break,” he said during his March speech, which again lumped together drug use and an uptick last year in violent crime.

Sessions also in June sent a letter to lawmakers asking them to include language in the new budget that says marijuana can lead to “significant negative health effects,” to which the Scientific American responded with a strong retort.

In May, he and a group of senators sent the Justice Department and DEA a letter suggesting they target deadly drugs, like opioids, rather than marijuana, which has never on its own caused a deadly overdose.

Gov. John Hickenlooper, a Democrat, and Attorney General Cynthia Coffman, a Republican, have both stood up to the administration’s push against legal marijuana programs in recent months.

"We believe the objectives underlying our regulatory and enforcement system are aligned with the federal government's desire to control the production and sale of marijuana and to protect public safety and public health," the letter read. "We are committed to working with you to strengthen our system and are prepared to continue engaging in collaborative enforcement efforts."