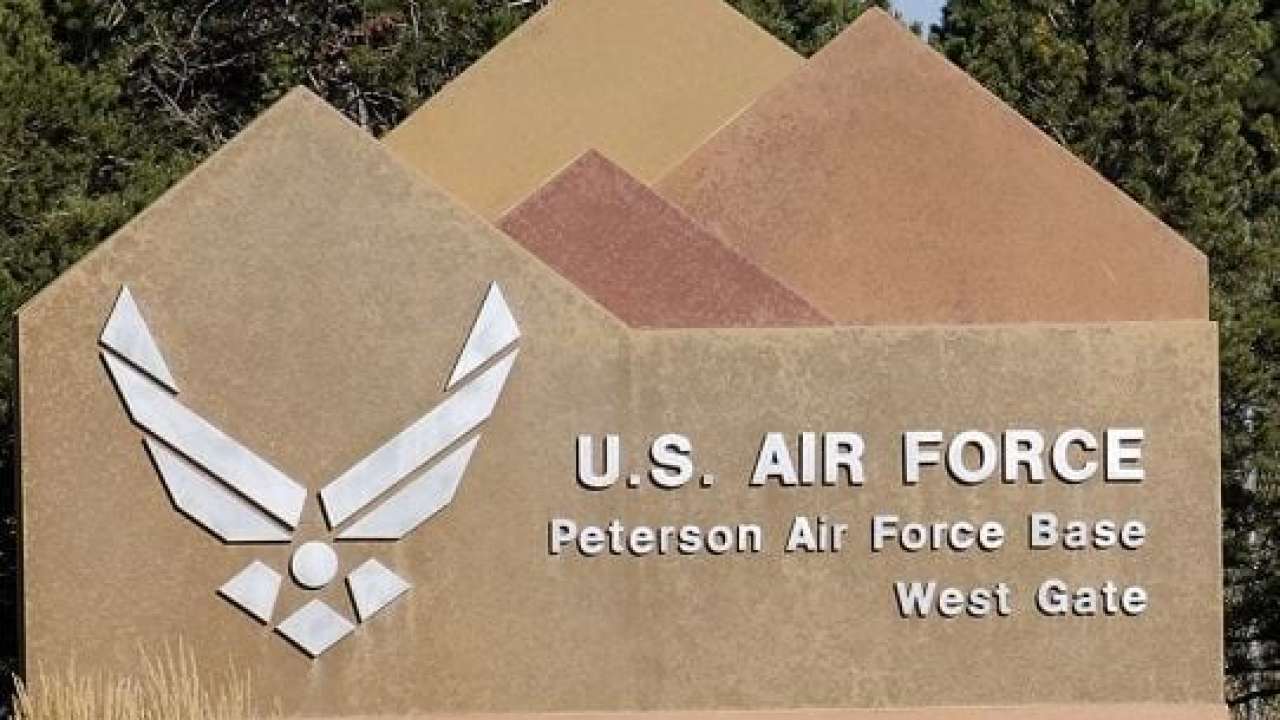 Copyright 2019 Scripps Media, Inc. All rights reserved. This material may not be published, broadcast, rewritten, or redistributed.
KOAA
Peterson Air Force Base in Colorado Springs, Colo.

DENVER – The U.S. Senate on Wednesday voted to rebuke President Trump in his latest attempt to use military construction funds for the border wall under an emergency declaration – with Colorado’s senators voting on party lines.

The 54-41 vote included 11 Republicans who voted to block Trump from using the military construction funds – $8 million of which would come from a Peterson Air Force Base project ­– for the border wall.

Bennet first told Denver7 earlier this month that the $8 million Space Control Facility at Peterson Air Force Base in Colorado Springs was one of the projects that would see its funds diverted, and a government list later confirmed that would be the case.

According to the Air Force’s description of the Space Control Facility, it is to house 88 personnel from a Space Control Squadron that was yet to be created when the project submission was made in 2017.

In February, Denver7 obtained a list of more than $130 million in military construction projects in Colorado that were thought to be at risk the last time the administration made such an emergency declaration, including an $8 million Space Control Facility at Peterson Air Force Base in Colorado Springs and projects at Buckley Air Force Base and Fort Carson.

But in March, the Pentagon told lawmakers that only projects awarded after Sept. 30, 2019 could be affected under that order.

Gardner voted against overturning the president’s emergency declaration at the time and Trump later vetoed the measure.

His spokesperson, Annalyse Keller, told Denver7 at the time that Gardner had received assurances from the Trump administration that no FY2019 money would be repurposed from Colorado’s military installations under the emergency declaration.

Since the Space Control Facility was originally budgeted in FY2018, it falls outside of what Keller and the Pentagon said at the time would be affected.

“In a week filled with historic Democrat-led partisanship, once again the minority is refusing to provide funding for border security. Even though Senate Democrats have finally admitted the humanitarian crisis at our border is real, they still refuse to do anything about it,” Gardner said in a statement.

“Senate Democrats will have a chance today to vote for military construction funding for our service members, and I encourage my colleagues to support our men and women in uniform and prove we can defend the border and the country at the same time,” he added.

Gardner’s office said there would be a vote Wednesday afternoon to replenish the $8 million for the Peterson AFB project but the vote will be on a motion to instruct conferees from both parties to include the reimbursement money in the 2020 National Defense Authorization Act, which is still in a conference committee.

The Senate included the replenished funding in its version of the NDAA, which passed 86-8 but on which Bennet did not vote. Gardner supported the measure. The amended House version did not contain the replenishment funding, and the two chambers are now hashing out their differences.

Bennet, meanwhile, slammed those who voted against the rebuke of Trump.

“Today, a majority of the Senate stood up for the Constitution and against the president’s sham national emergency declaration. Those who endorsed his declaration effectively condoned raiding money from our military – including from a critical mission at Peterson Air Force Base in Colorado – to take land from our farmers and ranchers to build a wall that President Trump claimed Mexico would pay for,” Bennet said.

“You can vote to uphold that declaration, or you can call yourself a conservative, but you cannot do both,” he added.

Should the House also pass the resolution, Trump is expected to veto it, as he did last time. Democrats who voted in favor of the rebuke on Wednesday are expected to vote against the motion to instruct to replenish the military construction projects, a Senate aide said.