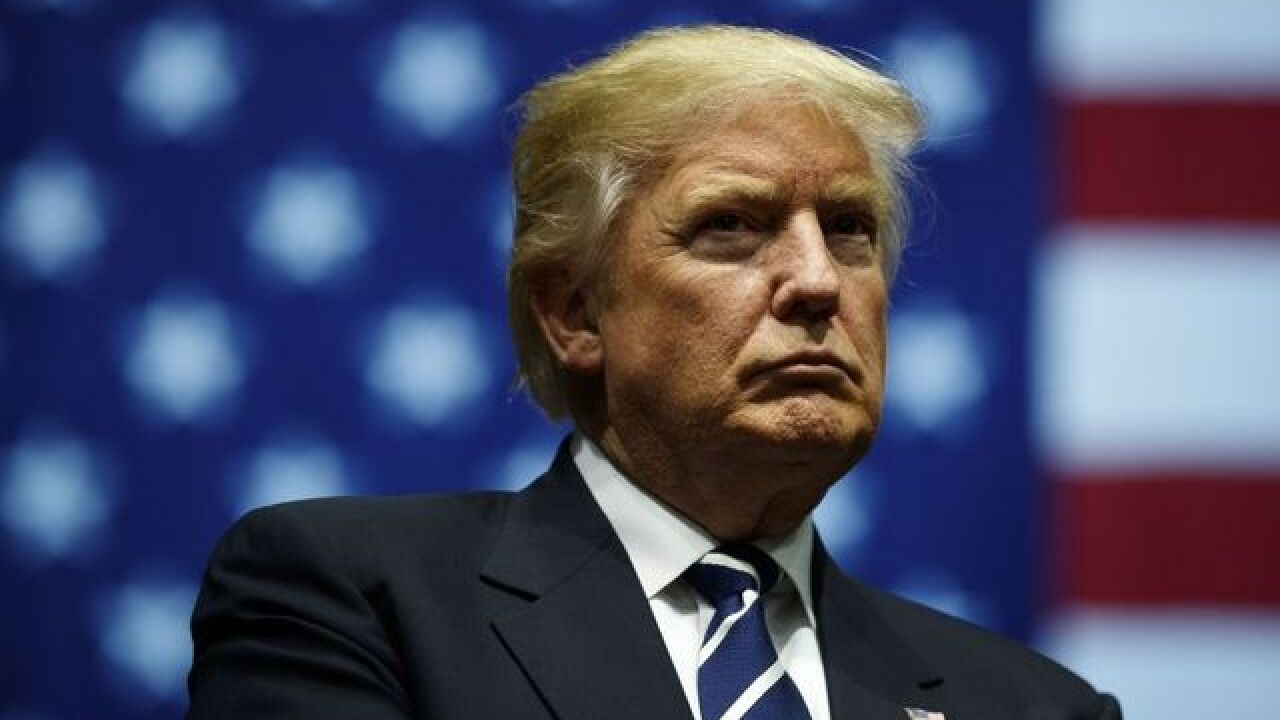 Senate Republican leader Mitch McConnell has strongly condemned any foreign meddling to influence the U.S. election. McConnell spoke to reporters Monday, a day after President-elect Donald Trump said the recent CIA assertion that Russian hacking had sought to help his candidacy was "ridiculous."

McConnell says that the "Russians are not our friends" and condemned Russian hacking of the Democratic National Committee and other "U.S. political organizations."

The Kentucky Republican says the Senate Intelligence Committee will investigate. He made his remarks as Trump continues to downplay the CIA's confidential assessment that the Russian government hacked into the DNC and Hillary Clinton's campaign chairman John Podesta's email account.

The president-elect tweeted Monday that the "F-35 program and cost is out of control. Billions of dollars can and will be saved on military (and other) purchases after January 20th."

The F-35 program has an estimated cost of nearly $400 billion. Israel is among a small number of allies to get the plane.

President-elect Donald Trump is trying to cast new doubt on the CIA's conclusion that Russia tried to interfere in the U.S. presidential election.

He's tweeting Monday that "it's very hard to determine who was doing the hacking." He adds that if his campaign had lost the election and "we tried to play the Russia/CIA card. It would be called conspiracy theory!"

That there was hacking in 2016 and previous elections is not in dispute, nor is it a newly-discussed revelation. There's broad agreement from President Barack Obama and lawmakers of both parties on investigations into which countries were responsible, including, but not limited to, Russia.

Senate Armed Services Committee Chairman John McCain, who joined Senate Democrats Sunday to call for an immediate bipartisan investigation, said Monday on "CBS This Morning" that probes are essential because hacking could be a new form of warfare.

A top adviser to Donald Trump says the CEO of Exxon Mobil is an attractive candidate for secretary of state in part because he's done business deals with Russia.

Kellyanne Conway told two television network morning shows Monday that Rex Tillerson has long and appropriate ties with top Russian officials. She says, "It's not like Vladimir Putin and Rex Tillerson are pounding down vodka at the local bar. They're not intimate friends, but they deal with each other through business interests."

Trump has said that Tillerson's relationships in Russia are part of his appeal as a finalist for secretary of state. Democrats and some Republicans in the Senate have said those ties are a concern. Those comments have raised questions about whether Tillerson can be confirmed.

Trump has said he expects to make public his choice for the high-profile Cabinet post later this week.

President-elect Donald Trump is facing an early test with fellow Republicans over U.S. relations with Russia. Lawmakers are seeking to investigate purported Russian interference in the November election and question the incoming president's potential pick for secretary of state.

Trump said Sunday that a recent CIA assessment that Russian hacking had sought to help his candidacy was "ridiculous." And he praised ExxonMobil CEO Rex Tillerson, who has emerged as the leading contender to lead the State Department.

But two key Senate Republicans — John McCain of Arizona and Lindsey Graham of South Carolina, a leading Trump critic — joined with two Democrats in seeking a bipartisan investigation into the Kremlin's activities during the election. And McCain questions the possible choice of Tillerson because of close ties with Moscow.