Sen. Michael Bennet's cancer surgery termed a success as he looks to 2020 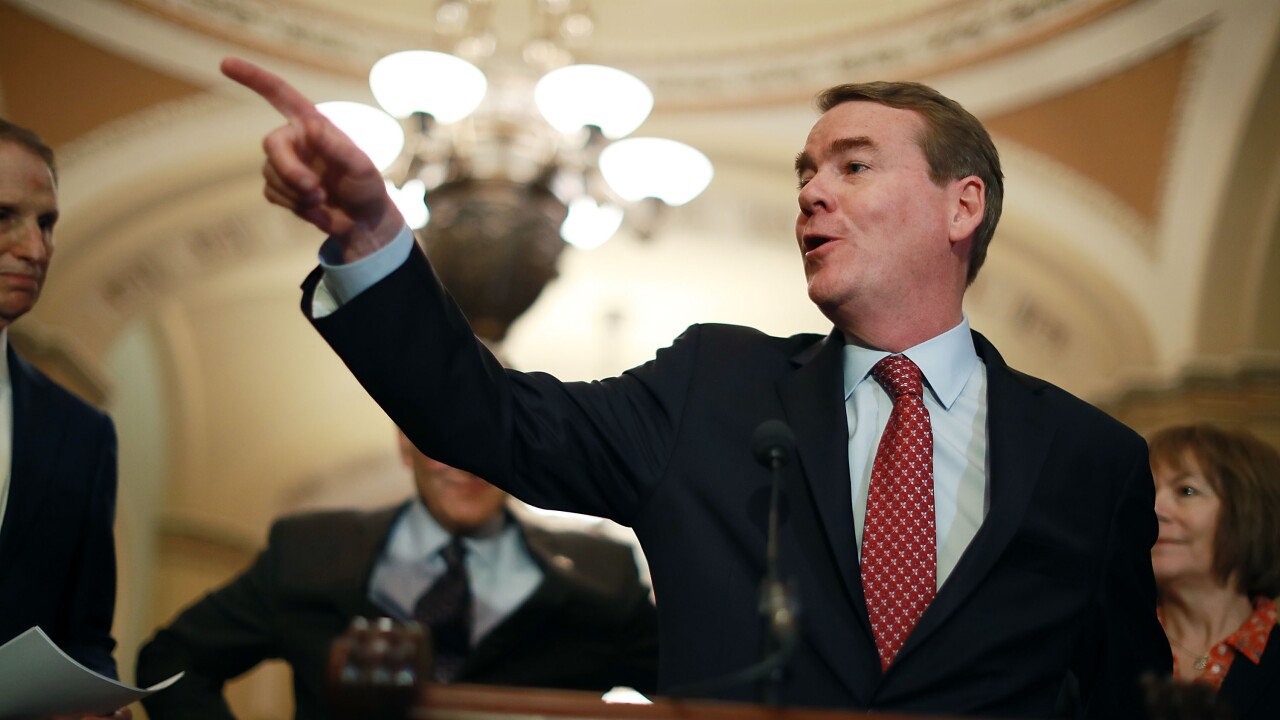 DENVER (AP) — Sen. Michael Bennet has been successfully treated for prostate cancer, clearing the way for a possible 2020 presidential campaign, his office says.

The Colorado Democrat's office said Friday that Bennet underwent surgery last weekend and is recovering at home. He will require no further treatment, his office said.

The three-term senator, 54, has said he'd run for the White House if he was cancer-free after treatment.

Bennet is the former head of Denver Public Schools who has carved out a reputation as a policy-oriented centrist in the Senate.