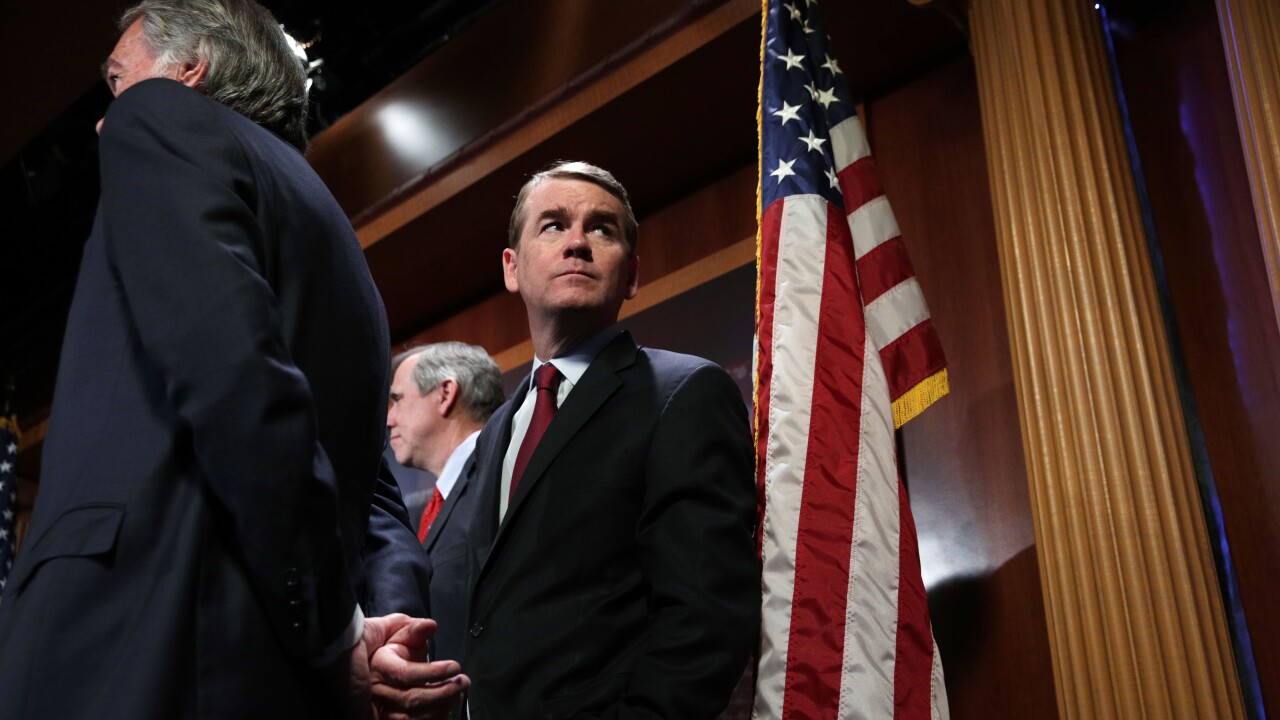 Bennet, 54, told The Independent’s Michael Littwin he’s also thinking of running for the presidency in 2020 – but only if he’s cancer-free. A surgery to remove his prostate gland is scheduled sometime after April 11, when Congress goes on spring recess, the Colorado Democrat told Littwin over the phone.

The Independent reports Bennet was planning to announce his presidential bid sometime in April and had already hired some staff. The Senator said people had already been interviewed for positions in New Hampshire and Iowa when he was diagnosed with prostate cancer while in San Francisco about a month ago.

“And then I went for the physical. In my last physical, my PSA was high. They did a biopsy, and it was clear. But this time, it was not clear,” the Democratic senator told the news outlet.

The PSA test is a blood test that is done to screen for prostate cancer by measuring the amount of PSA (prostate-specific antigen) in a person’s blood.

Prostate cancer is the most common cancer in American men, with 1 in 9 men at risk of getting diagnosed with the disease during their lifetime, according to statistics from the American Cancer Society. If caught early on, the cancer is easier to treat.

“I’m 54,” Bennet told Littwin. “That’s relatively young. It seemed to make sense to have the prostate removed … I’d be recuperating for 7-10 days and would need some rest after that. The hope is then I’ll be cancer-free and able to move on. If I’m not cancer free, then I’d have to make another decision,” he said, regarding his plans to launch a presidential campaign in 2020.

The news of his diagnosis surprised political figures in Colorado.

Republican Cory Gardner, Bennet’s fellow senator, said in a tweet, “Jaime and I are holding @SenatorBennet and his family in our prayers and know he won’t let this stop his continued work for Colorado and our country. Here is to a full and speedy recovery.”

Denver Mayor Michael Hancock also tweeted, saying he joins "all of Denver in praying for him and looking forward to his full recovery. #BeatCancer"

Former Colorado governor and 2020 presidential candidate John Hickenlooper praised Bennet for being "a fighter - a true Coloradan at heart" in a tweet, adding "We are here for him and Susan and their wonderful daughters."

The Colorado GOP also sent prayers to Bennet, adding, “We hope he makes a full and speedy recovery.”

In a news release sent Wednesday evening, Bennet publicly acknowledged he had been diagnosed with prostate cancer, and said he would return to work following a brief recovery.

“The work we have in front of us to restore a politics that is worthy of our kids and grandkids has never been more important. This unanticipated hurdle only reinforces how strongly I feel about contributing to the larger conversation about the future of our country, and I am even more committed to drive that conversation in a positive direction.”

On Thursday, he tweeted : "Thanks to everyone for the well wishes. Susan, the girls, and I are grateful for your support."