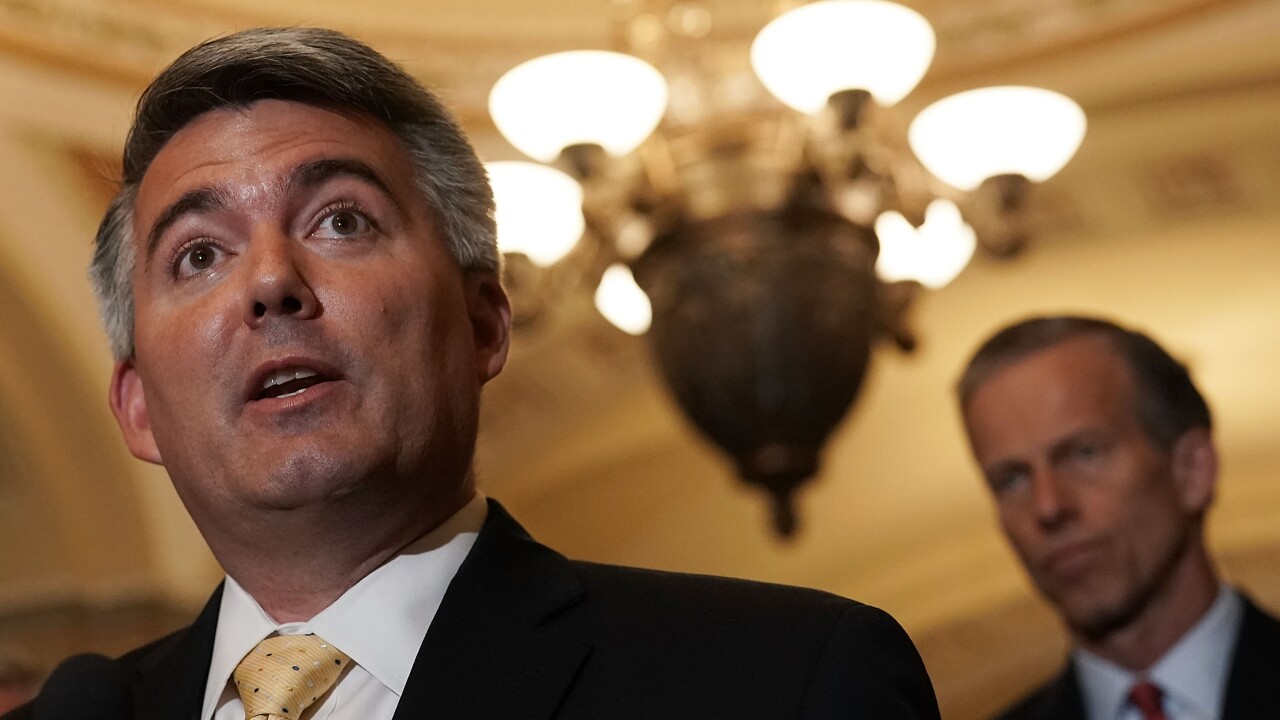 DENVER – U.S. Sen. Cory Gardner, R-Colo., vowed Tuesday to continue to push for the passage of his states’ rights marijuana measure after his proposed amendment to the criminal justice reform measure the Senate passed later in the day was rejected.

Gardner on Monday introduced a states’ rights amendment to the First Step Act that mirrored language from the STATES Act marijuana bill he introduced with Sen. Elizabeth Warren, D-Mass., earlier this year.

The amendment would have, among other things, amended the federal Controlled Substances Act so U.S. states, Washington D.C., territories and tribes are protected from federal law enforcement if their marijuana rules and enforcement are in line with respective state or tribal laws. It would have also legalized legal-marijuana-related financial transactions.

“Being from Colorado, it is hard to think about federal criminal justice reform without thinking about the biggest problem the federal criminal law creates for Colorado: the refusal to respect the will of Coloradans when it comes to marijuana,” Gardner said in a Senate floor speech Tuesday before the amendment was rejected. “Every day, Coloradans of good faith follow Colorado law to a T, yet they are still criminals in the eyes of the federal government. Cancer patients using medical marijuana to control their pain and veterans who are using marijuana to alleviate the PTSD they suffer because they served their country – federal law says they are criminals. The People do not think that. So the federal law should change.”

He argued that the amendment should be added to the criminal justice reform measure because of the number of people in federal prison serving time for lesser marijuana charges.

“This amendment at this time recognizes that you shouldn’t go to federal prison for following a state law. That in its essence is sentencing reform,” Gardner said. “If we had a chance to vote on this amendment today the amendment would be germane, it would be a 50 vote threshold, simple majority up or down, and I know this bill – this amendment – has the support from this body on both sides of the aisle to fix this conflict ad allow the states to make their own decisions without the heavy hand of Washington telling them what to do.”

Gardner’s request for a unanimous consent vote to add the amendment to the criminal justice reform measure was rejected by Sen. Chuck Grassley, R-Iowa, according to the Senate Press Gallery.

Despite the rejection of his amendment, Gardner voted in favor the criminal justice bill in a Tuesday night vote as it overwhelmingly passed the Senate on to the president’s desk. And he pledged to keep fighting for his marijuana measure.

"Although I thought my amendment that would have ensured each state has the right to determine for itself the best approach to marijuana within its borders should have been included in this criminal justice reform package, I still supported the final measure because it will have a real impact on how we help people reenter society after they have served their sentence,” Gardner said in a statement. “The Senate proved Tuesday night that we can accomplish big goals if we work together on behalf of the American people, and I hope we can continue this bipartisan spirit of cooperation. I will continue to push for my bipartisan STATES Act to receive a vote in the Senate, but I'm proud of what we were able to accomplish on Tuesday."