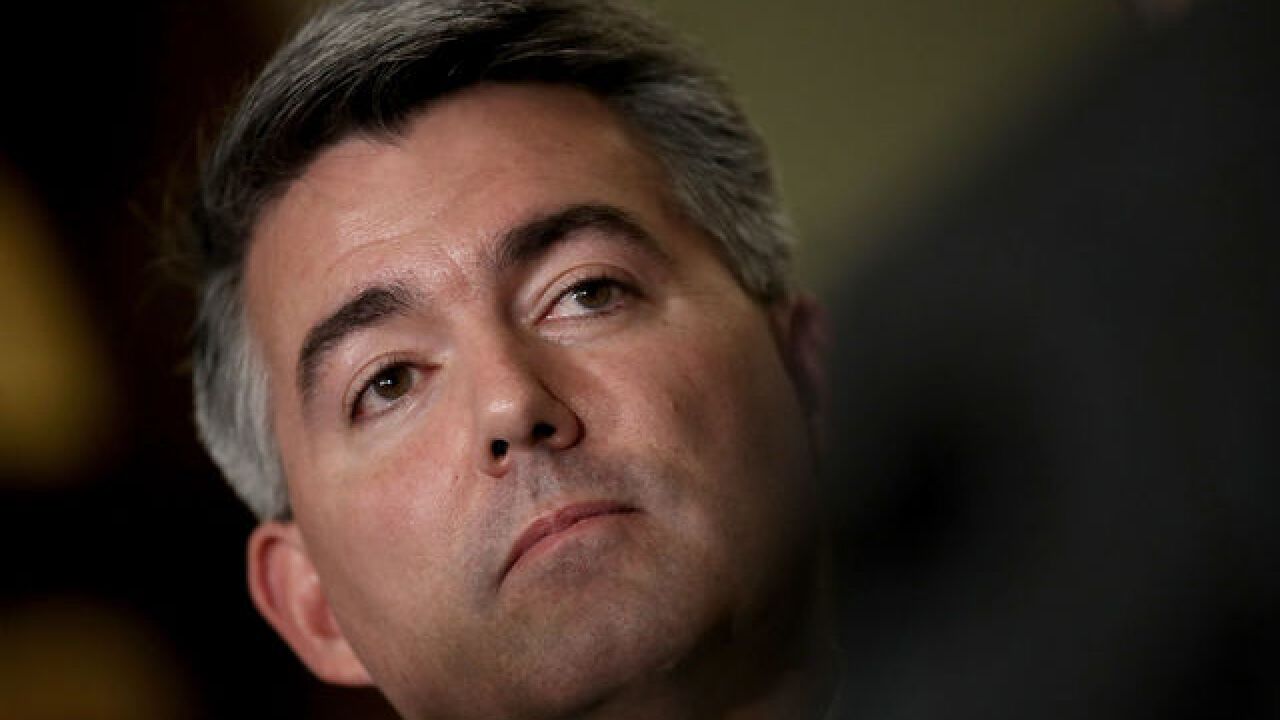 DENVER – U.S. Sen. Cory Gardner is dropping his holds on certain Justice Department nominees “as an act of good faith” amid ongoing conversations with the deputy U.S. attorney general and the acting U.S. attorney for Colorado.

Gardner said he would lift his holds on the assistant attorney general for national security, U.S. attorneys and U.S. marshals, but said his holds “on all other DOJ nominees will remain in place as discussions continue.”

He said that his “positive conversations” with Rosenstein and Troyer led him to Thursday’s decision. But he said that people shouldn’t construe the decision as backing off his thoughts that there should be solutions put in place to protect Colorado’s marijuana programs.

“Let me be crystal clear: so long as the federal enforcement priorities detailed in the 2013 Cole Memorandum are adequately protected, the DOJ should respect the will of the states who have spoken overwhelmingly on this issue,” Gardner said in a statement.

“I will view the DOJ’s failure to do so as a direct contradiction of our positive conversations and will take action accordingly,” he continued. “While I have decided to lift my holds on these specific nominations, I will continue to lead a bipartisan group of colleagues to find a solution.”

Gardner added that he was “optimistic” an agreement with the Justice Department could be reached “soon.”

Hours after the decision, nominees of Senate Majority Leader Mitch McConnell, R-Ky., and Sen. Chuck Grassley, R-Iowa, that had previously been held up by Gardner were approved by the Senate, according to The Denver Post.

The holds have had an effect on Sessions. He singled out Gardner – without naming Gardner directly – for holding up nominations within the department.

“It’s getting frustrating,” he told the National Sheriff’s Association earlier this week. “These are critically important components…and we can’t even get a vote.”

Sessions’ comments came on the heels of the resignation of Associate Attorney General Rachel Brand, the No. 3 official within the DOJ.

The National Fraternal Order of Police had also been unhappy with Gardner’s holds, saying he “does a real disservice to the nation” with the holds, which they called “rash and ill-advised obstructionism.”

But he has gotten support from others within Colorado for his holds.

“I applaud Sen. Gardner for fighting for states’ rights, and support his decision to lift a number of DOJ holds on certain nominees while negotiations continue,” said Neal Levine, the chairman of the New Federalism Fund.

But Colorado Democratic Party spokesman Eric Walker said Gardner was reneging on his promise to Colorado.

"This is exactly what Colorado voters have come to expect from Senator Cory Gardner: all hat, no cattle," Walker said in a statement. "The fact that Gardner surrendered his leverage to protect Colorado's legal marijuana industry in exchange for vague promises from a proven liar shows that he's not just a pushover, but a fool as well."

All of Colorado’s congressional delegation—except for Rep. Doug Lamborn, a Republican—has been working together and separately on shoring up protections for states with legal marijuana programs, like Colorado.

And Colorado Attorney General Cynthia Coffman, a Republican, joined 18 other attorneys general in sending a letter to congressional leadership asking them to pass measures to safeguard marijuana businesses and their dealings with the banking industry.

The attorneys general urged Congress to pass the SAFE Banking Act, which Rep. Ed Perlmutter, D-Colo., is sponsoring in the House, and which Gardner and Bennet are cosponsoring in the Senate.

The SAFE Banking Act would allow banks and financial institutions to work with marijuana businesses without fear of being punished.