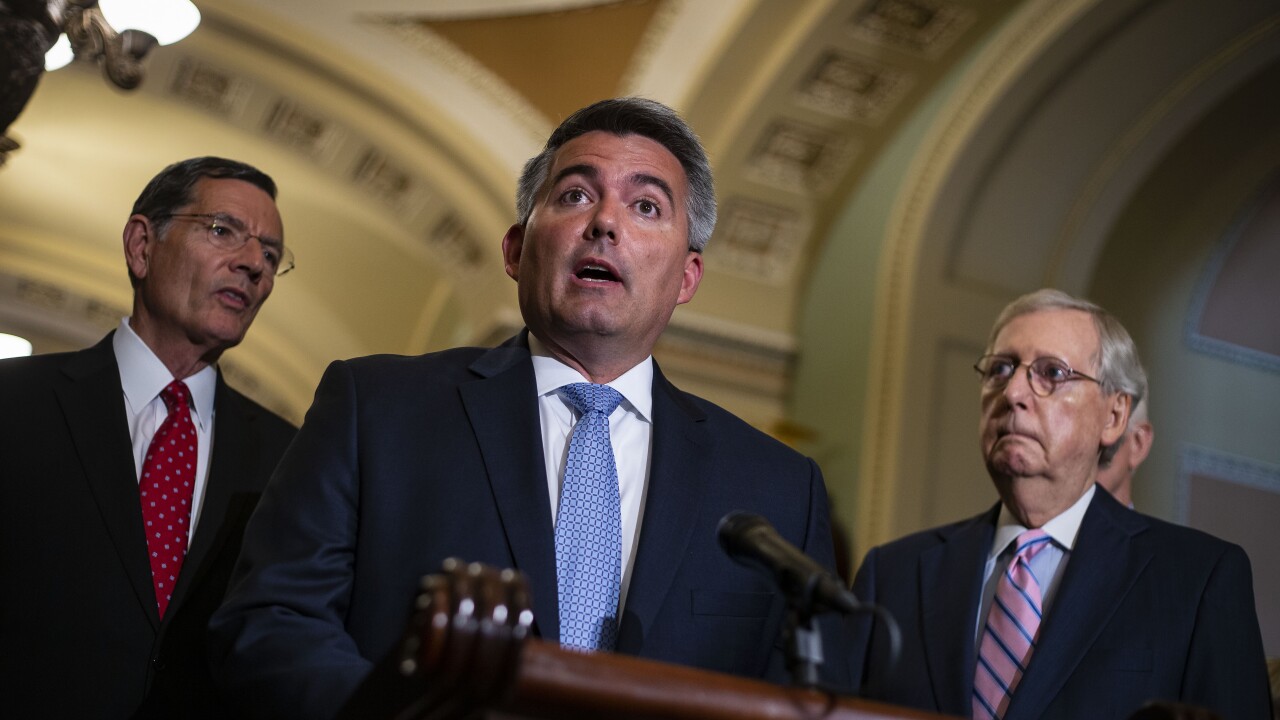 WASHINGTON (AP) — A Senate Republican who is likely to face a competitive reelection race next year says he disagrees with President Donald Trump's racist tweets that suggested four House women of color "go back" to where they came from.

Colorado Sen. Cory Gardner was asked Denver-area KOA NewsRadio early Tuesday about Trump's tweets and replied: "I disagree with the president. I wouldn't have sent these tweets."

Gardner has a complicated history with Trump but has endorsed the president's reelection bid. Hillary Clinton won Colorado by 5 percentage points in the 2016 presidential election.

Trump's tweets and remarks have put Republicans on the defensive as they defend their Senate majority. All four of the Democratic women are American citizens elected to Congress last year.