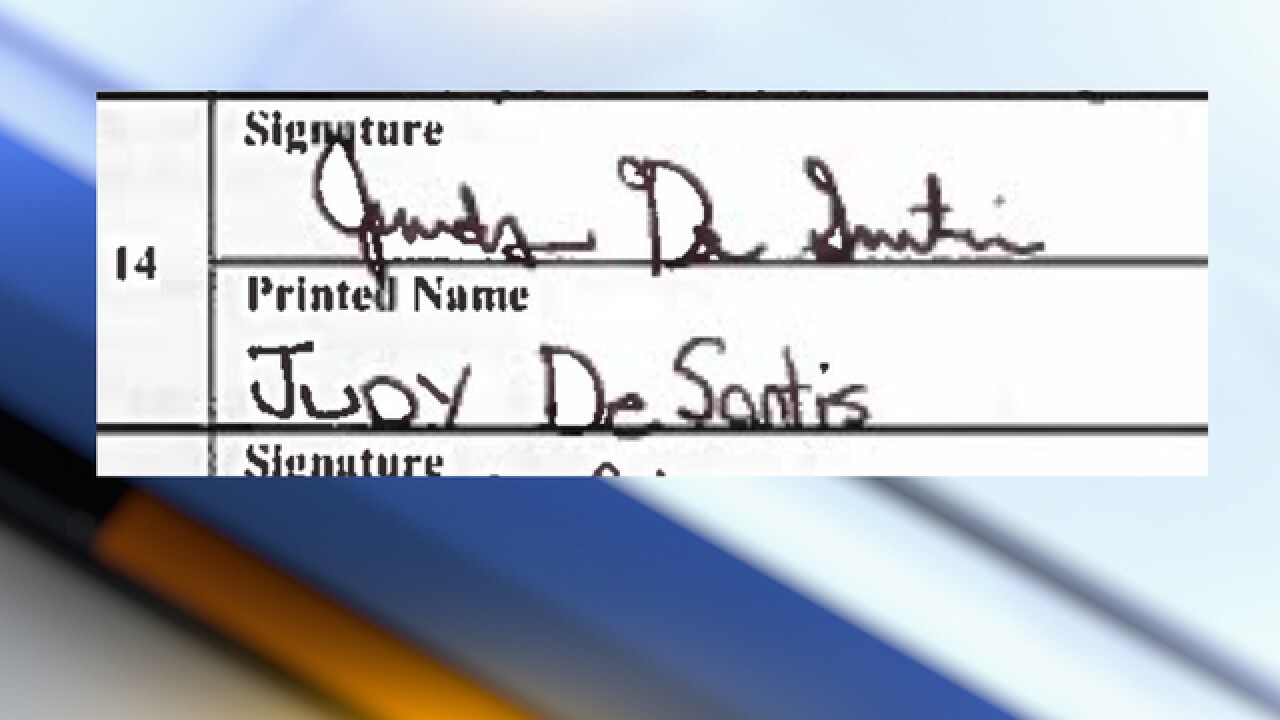 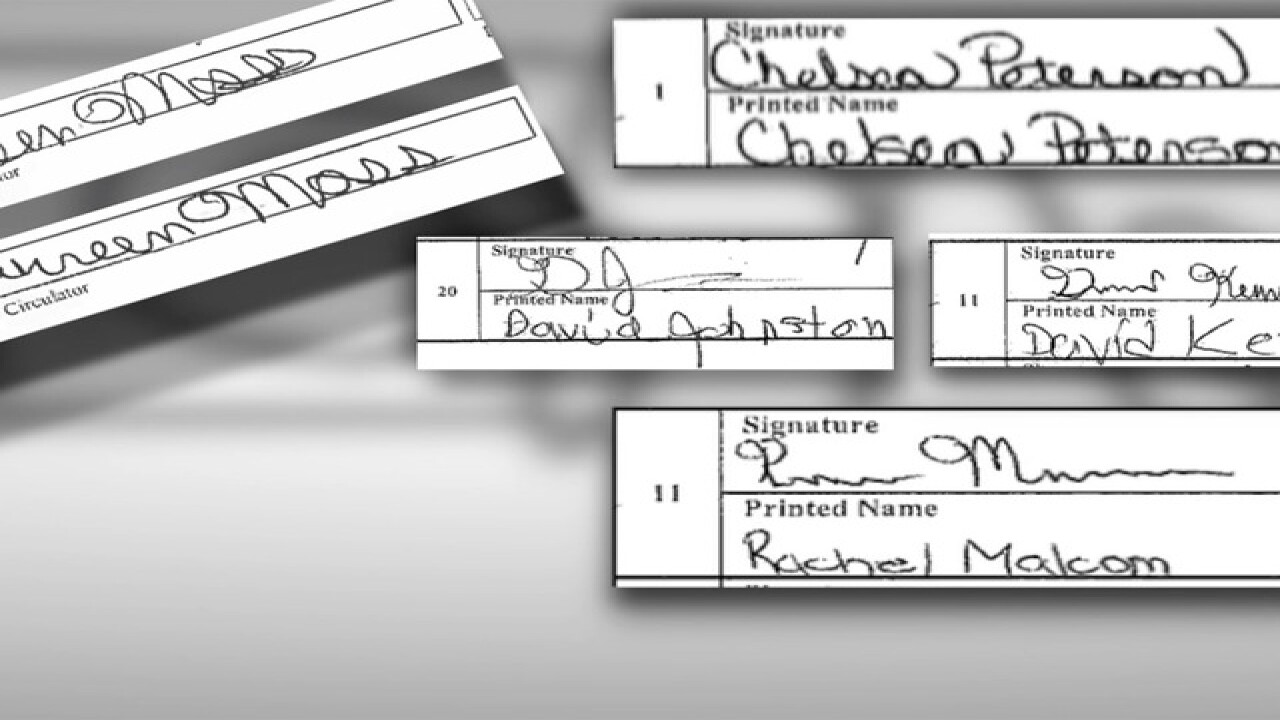 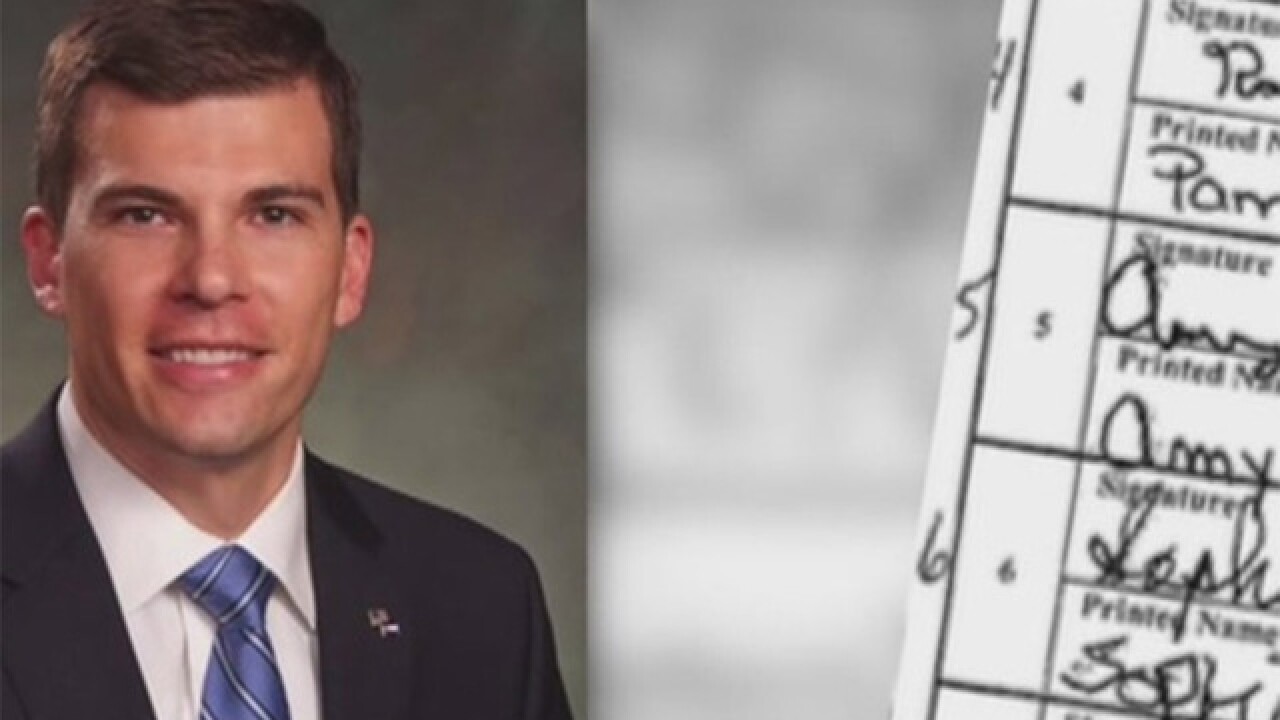 Forged petition signatures uncovered by Denver7 has led three voters to sue the Secretary of State.

The lawsuit filed in Denver District Court today asks for a finding that Republican Senate candidate Jon Keyser did not have enough valid signatures to qualify for the June 28 mail-in primary election.

"This lawsuit exists because, frankly, the media and Channel 7 and you have brought to the floor, a practice that probably has existed before, but never really been documented," attorney Mark Grueskin told Denver7 Political Reporter Marshall Zelinger.

The first hearing for this lawsuit will be heard in Denver District Court on Tuesday at 2 p.m.

"In the implementation of a democracy, there may be no more patently offensive concept than fraud in the election process," the lawsuit states. "Where election officials are not empowered to detect fraud or are simply overwhelmed and cannot do so, it becomes incumbent upon the courts to provide a forum to address such fraud and protect the electoral process."

Ultimately the lawsuit asks the court to declare:

The three voters suing the Secretary of State are Republicans Marcy Cochran and Jonathan Royce and Democrat Michael Cerbo. Denver7 checked and Cochran has been a Republican since 1978 and Royce since 1994. None of the three had their signatures forged on the petitions.

"Where do they get off suing the Secretary of State over something they didn't have a part in?" asked Zelinger.

"You don't have to be a petition signer in order to be offended by the thought that there is fraud in the election process," said Grueskin.

A spokesperson for the Keyser campaign sent the following response to Denver7 Reporter Marshall Zelinger:

“It’s no shock that liberals are deploying the Democratic super lawyer who represents all their pet liberal causes in an attempt to save Michael Bennet from losing to Jon Keyser in November. As we’ve stated previously, we are confident that if it becomes necessary, we'll be able to add hundreds of additional valid signatures to our petitions that were incorrectly excluded,” Matt Connelly stated.

"Would this have been better off by a very conservative attorney to bring to the courts?" asked Zelinger.

"I only know that this is an issue of petition fraud that is what it is on it's face," said Grueskin. "When people sign affidavits and say, 'that's not my signature,' what does my party affiliation have to do with their affidavit or their testimony?"

On May 10,  Denver7 broke the story that 10 voters confirmed with us that their names and signatures were forged  on petitions for Keyser. Since then, Denver7 has confirmed a total of 13 forged signatures.

The lawsuit asks the court to "find and declare that Keyser did not qualify for the 2016 primary ballot because he lacked the required number of signatures on his candidate petition for the First Congressional District, due to the petition forgeries that invalidated 60 signatures."

The lawsuit also asks "the Secretary not to count any votes cast for him in the Republican primary."

The lawsuit questions the validity of 178 signatures turned in by signature collector, Maureen Moss.

Moss did not answer Denver7's questions on Monday about how she turned in petitions with forged signatures on them.

According to the Secretary of State's Office, Moss turned in 566 signatures, with 488 accepted as valid.

The 178 referenced in the lawsuit include signatures that may be valid, but were turned in on a petition that contained forged signatures. According the lawsuit, since Moss signed the affidavit affirming those voters signed those signatures, none of the signatures should count as valid.

"Not every name has been forged on the petitions that are the subject matter of this litigation, and not every affidavit attached to them is false. But so many forged signatures and false affidavits were filed with and accepted by the Secretary of State to result in an unwarranted placement of Jon Keyser on the primary ballot for the Republican nomination for U.S. Senate. Additionally, the Secretary’s failure to issue a Statement of Sufficiency as to the Keyser petitions frustrates the ability of any eligible elector to challenge Keyser’s petitions," the lawsuit states.

Denver7's reports on the forged signatures were referenced as proof within the lawsuit:

On May 11,  Denver7 published the list of all names that appeared on petitions for all candidates who collected signatures to qualify for the ballot . The other candidates do to so were Colorado Springs businessman Robert Blaha and former Aurora City Councilman Ryan Frazier. Frazier did not have enough signatures validated to officially make the ballot, but remains on the ballot while the Colorado Supreme Court hears his appeal.

On May 12,  Denver7 political reporter Marshall Zelinger interviewed Keyser, in a now-viral video  that took place during a lunch break at a debate in Littleton.

Also on May 17, Keyser took part in a Denver Post debate with the other Republican Senate candidates. After the debate,  he spoke with Zelinger and provided more detailed answers than the week before.

Any changes to the signature verification process would have to be legislated at the State Capitol next year.