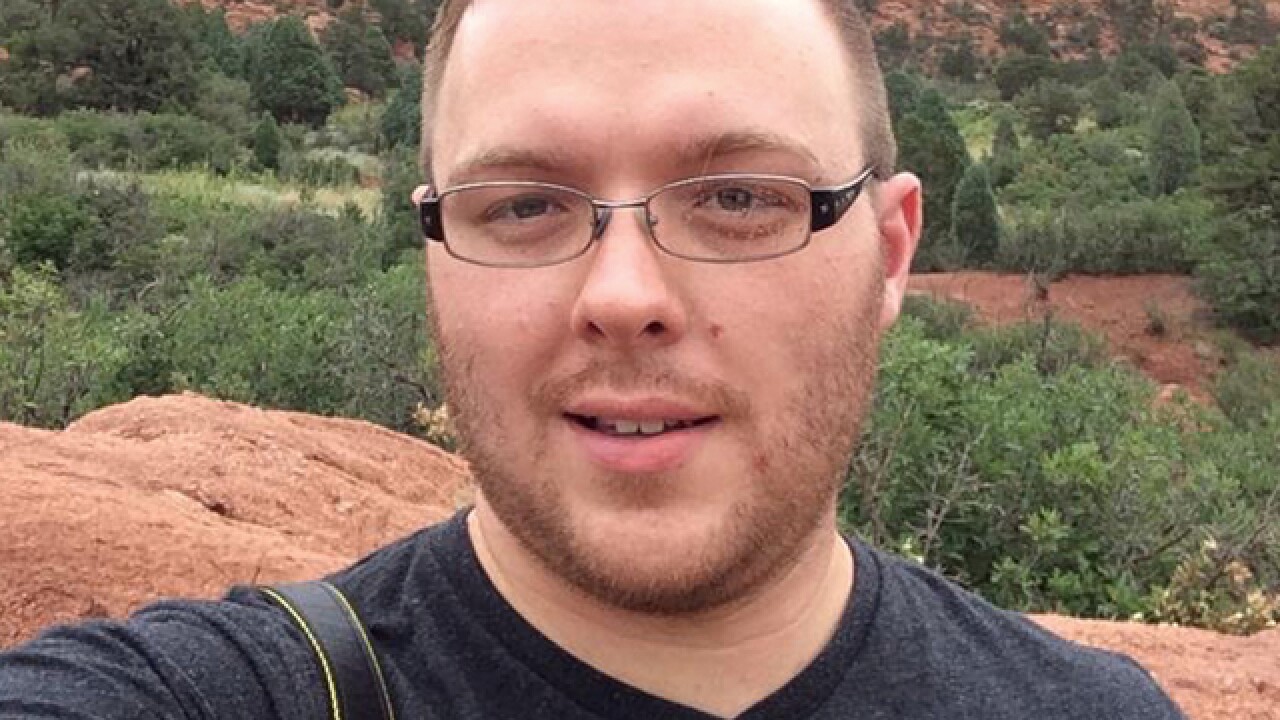 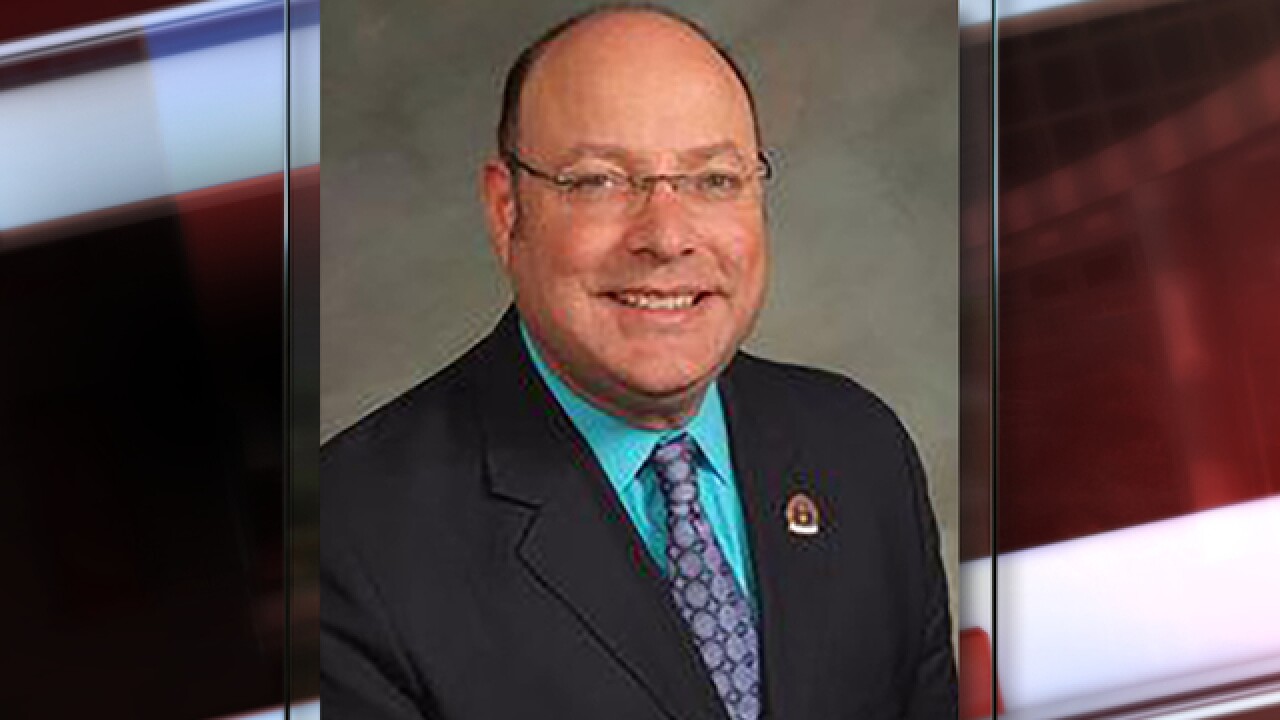 DENVER – Another Colorado lawmaker has been accused of unwanted sexual advances and had a formal complaint filed against him—the second in a week.

The latest allegation comes against Rep. Paul Rosenthal, D-Denver, and was first reported by The Denver Post.

Thomas Cavaness filed a formal complaint against Rosenthal on Tuesday with House Speaker Crisanta Duran, according to the document, which was obtained by Denver7 Wednesday.

In the complaint, Cavaness alleges that while at a LGBT fundraising event for a candidate in Denver in 2012, Rosenthal rubbed his shoulders, then moved his hand to the small of Cavaness’s back.

Rosenthal was not yet a state lawmaker at the time.

The two knew each other already, Cavaness said in the complaint. But Rosenthal continued sliding his hand down Cavaness’s back to his bottom, and at one point that night, grabbed his inner thigh, according to the complaint.

Cavaness said in the complaint that he didn’t do anything that made it seem like he was accepting over Rosenthal’s advances. But he says when the two went to say goodbye to one another, Rosenthal tried to kiss him, though he turned his head and received the kiss on his cheek instead.

In the complaint, Cavaness says it was not the only time such a thing had happened, but was the one he remembered best.

“I was completely creeped out by this,” Cavaness, 29, wrote in the complaint, but he said he thought at the time “it was normal” for older gay men to act in a such a manner. Both Cavaness and Rosenthal are openly gay.

But Cavaness wrote in his complaint that he realized after “dating good gay men” that “this behavior was not only not normal, but inappropriate.”

The complaint says the #MeToo campaign brought the memories back afresh, and that a co-worker had told Cavaness about a similar experience with a Washington lawmaker.

And when Rep. Faith Winter came forward with allegations of sexual advances allegedly made by Rep. Steve Lebsock last week, Cavaness said in the complaint he felt it was time to act.

“I have no doubt that there are other victims, as most politically-active young gay men I know say they are not surprised and several have had similar experiences, to different degrees,” he wrote in the complaint. “Some are willing to come forward, many are not.”

Cavaness also alleges in the complaint that Rosenthal had sent him Facebook messages about hoping to see him in his National Guard uniform, and asked if there were “hot boys” in his unit.

“I believe that the actions of Paul Rosenthal are inappropriate and need to be investigated,” Cavaness wrote. “I have no doubt that he has harassed and assaulted others.”

The Office of Legislative Legal Services was notified of the complaint Wednesday.

When contacted for comment on the allegations Wednesday afternoon, Rosenthal referred Denver7 to his attorney, Harvey A. Steinberg.

Steinberg issued a statement saying that Rosenthal “emphasizes that this claim is categorically false and slanderous and that the conduct did not happen.”

The remainder of the statement reads as follows:

“Mr. Cavaness met Rep. Rosenthal in 2012, at a political fundraiser. Following that first meeting, the two men have corresponded regularly via Facebook Messenger. At no time during those conversations has Mr. Cavaness ever indicated any discomfort, anger, or other negative feelings towards Rep. Rosenthal. To the contrary, these conversations were lighthearted, friendly, and focused on political news of the day. In fact, a recent in-person meeting at the beginning of November was similarly warm and cordial.

“It is unfortunate that Rep. Rosenthal could possibly get swept up in recent efforts to hold sexual harassers accountable for their deplorable conduct. As important as movements like the #metoo campaign are in bringing help and healing to an insidious problem, they are horribly diminished when they ensnare innocent people. Rep. Rosenthal has nothing to hide and would gladly submit to a polygraph test to clear his name. Once this concludes, Rep. Rosenthal hopes to obtain an apology for the defamation he has experienced, which has unfairly distracted from his important work representing his Colorado constituents.”

The formal complaint against Rosenthal comes on the heels of the complaint against Lebsock, in which Winter alleges that Lebsock made inappropriate advances toward her at a party that followed the 2016 legislative session.

Duran also issued a statement saying the new allegations show that her and Senate President Kevin Grantham's new efforts to reform sexual harassment reporting processes at the Capitol are needed, but said she wouldn't comment further because she will be investigating.

Duran stopped short of calling for Rosenthal's resignation, however, as she did when the allegations against Lebsock came to light. But she did temporarily remove Rosenthal from his position as vice chair of the House Local Government Committee.

“I am withholding comment on these specific circumstances due to my role in investigating any formal complaints. Any formal complaints would be taken very seriously and receive a thorough review, and as I previously indicated, I would work with our nonpartisan Office of Legislative Legal Services and an independent outside party to conduct any investigations.

“Given the allegations that have come to light over the past week, it is clear that there is work to do to address concerns about harassment. I am renewing my call for a comprehensive review of the legislature’s harassment policies and procedures, to ensure a safe and respectful environment for all.”