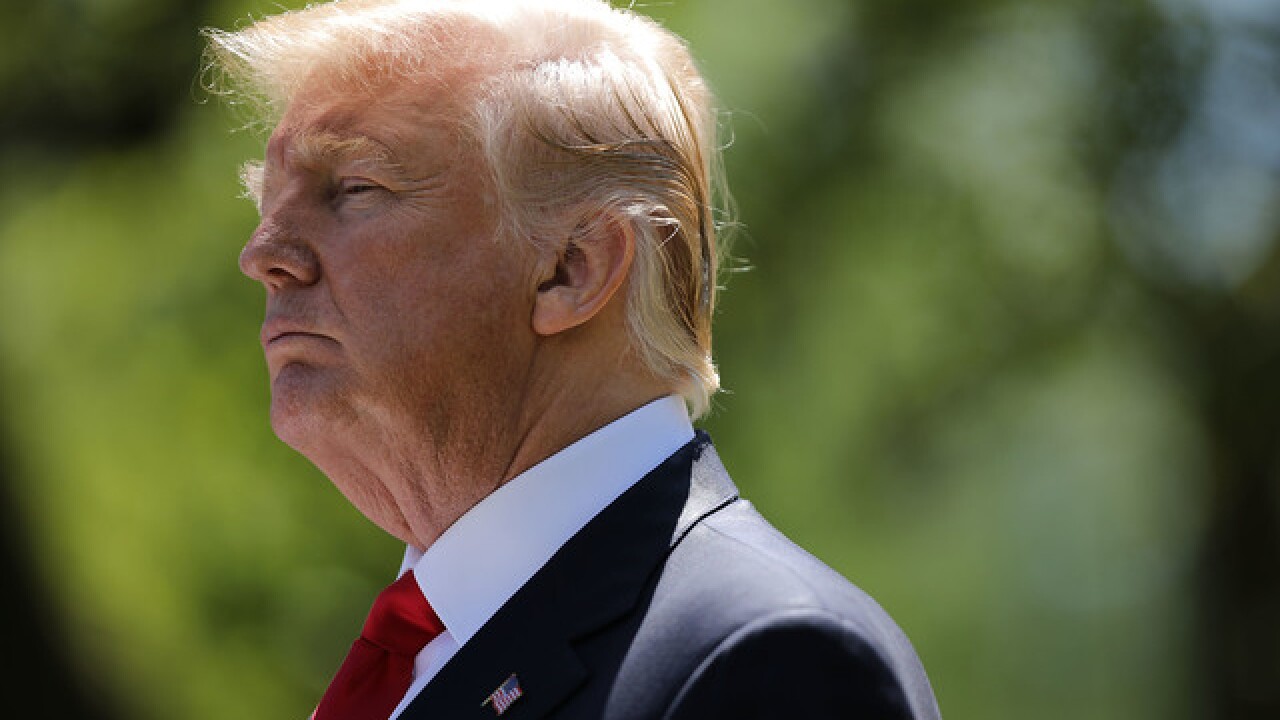 Copyright 2018 Scripps Media, Inc. All rights reserved. This material may not be published, broadcast, rewritten, or redistributed.
Chip Somodevilla
<p>WASHINGTON, DC - APRIL 30: U.S. President Donald Trump listens to reporters' questions during a joint news conference with Nigerian President Muhammadu Buhari in the Rose Garden of the White House April 30, 2018 in Washington, DC. The two leaders also met in the Oval Office to discuss a range of bilateral issues earlier in the day. (Photo by Chip Somodevilla/Getty Images)</p>

WASHINGTON (AP) — Special counsel Robert Mueller has given a list of almost four dozen questions to lawyers for President Donald Trump as part of the investigation into Russian meddling in the 2016 election and whether Trump obstructed justice, according to a report published in The New York Times.

The Times obtained a list of the questions, which range from Trump's motivations for firing FBI Director James Comey a year ago to contacts Trump's campaign had with Russians.

Although Mueller's team has indicated to Trump's lawyers that he's not considered a target, investigators remain interested in whether the president's actions constitute obstruction of justice and want to interview him about several episodes in office. The lawyers want to resolve the investigation as quickly as possible, but there's no agreement on how to do that.

Many of the questions obtained by the Times center on the obstruction issue, including his reaction to Attorney General Jeff Sessions' recusal from the Russia investigation, a decision Trump has angrily criticized. The queries also touch on Trump's businesses and his discussions with his personal lawyer, Michael Cohen, about a possible Moscow real estate deal. Cohen's business dealings are part of a separate FBI investigation.

The questions also touch on the Russian meddling and whether the Trump campaign coordinated with the Kremlin in any way. In one question obtained by the Times, Mueller asks what Trump knew about campaign staff, including his former campaign chairman Paul Manafort, reaching out to Moscow.

Manafort has not been charged with any crimes related to Russian election interference during the 2016 campaign. And he has denied having anything to do with such an effort.

One question asks what discussions Trump may have had regarding "any meeting with Mr. Putin," referring to Russian President Vladimir Putin. Another question asks what the president may have known about a possible attempt by his son-in-law, Jared Kushner, to set up a back channel with Russia before Trump's inauguration.