Rep. Mike Coffman says Hillary Clinton 'breaks the law.' But she hasn't been charged or convicted 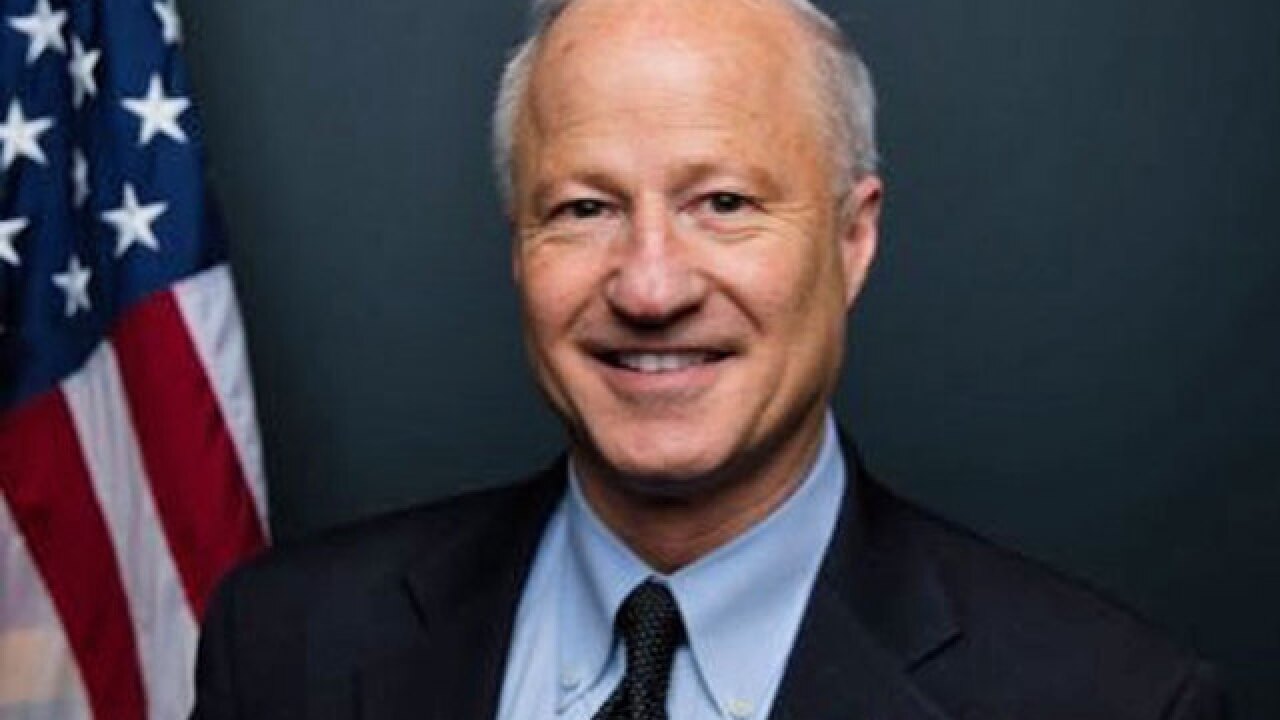 The email asserts that Coffman’s Democratic opponent, state Sen. Morgan Carroll, is in such lockstep with Clinton she "might as well be running for Clinton’s vice president."

The email then states: "When Hillary Clinton breaks the law, Carroll is happy to line up behind her."

The Coffman campaign’s claim focuses on how Clinton, as secretary of state, used a private email server that was unauthorized to handle classified information from 2009-13.

PolitiFact can’t fact-check the claim, because it’s unknowable at this point whether Clinton broke the law. She has not been charged and convicted of a crime, and the vague, opinionated phrase is beyond our ability to research.

However, It’s worth examining the debate about whether the Clinton email scandal warrants prosecution, because it shows no signs of abating.

Clinton, who has since apologized, clearly made serious mistakes by using the private email system and has not always been truthful throughout the FBI investigation.

About 2,000 emails have been retroactively classified, or up-classified, meaning the information was not classified when it was emailed, but it is now.

Yet FBI director James Comey announced in July that the FBI recommended that no charges be filed in the case. The Justice Department accepted this recommendation and did not pursue charges against anyone involved.

Republican presidential nominee Donald Trump, GOP lawmakers and others have questioned and criticized the decision to not prosecute Clinton.

In support of his claim, the Coffman campaign gave PolitiFact a 14-second YouTube video clip from Comey's July 7 testimony before the House Oversight Committee. In it, Rep. Ken Buck, a Colorado Republican, quizzed Comey about violations of laws protecting classified information.

"What this statute does say is ‘knowingly removes such materials without authority.’ Is it fair that (Clinton) knew that she didn’t have authority to have this server in her basement?" Buck asked.

That wasn’t the end of the exchange, however. We watched Buck’s entire five-minute exchange with Comey, who later explained: "There's not evidence beyond a reasonable doubt that she knew she was receiving classified information or that she intended to retain it on her server. There's evidence of that, but when I said there's not clear evidence of intent, that's what I meant. I could not, even if the Department of Justice would bring that case, I could not prove beyond a reasonable doubt those two elements."

So when he elaborated, Comey said he could not prove that Clinton intended to receive classified information on her server.

"In connection with her use of the email server, my judgment is that she did not," Comey said.

"Are you just not able to prosecute it, or did Hillary Clinton break the law?" Chaffetz asked.

"Both. I don't want to give an overly lawyerly answer. The question I always look at is, is there evidence that would establish beyond a reasonable doubt that somebody engaged in conduct that violated a criminal statute. And my judgment here there is not," said Comey, a former deputy attorney general and U.S. attorney who prosecuted terrorism and organized crime cases.

Republican lawmakers questioned why Comey, after calling Clinton’s handling of classified information "extremely careless," didn’t support charging her with a rarely used provision of the Espionage Act, which makes it a crime to disclose classified information or remove it from a secure place through "gross negligence."

The FBI director said prosecutors have long had "grave concerns about whether it's appropriate to prosecute somebody for gross negligence." He knew of only one person who’d been charged with the offense in the nearly 100 years since the law was passed.

"We don't want to put people in jail unless we prove that they knew they were doing something they shouldn't do," Comey said.

The fact remains that Clinton has not been charged in the email case — let alone convicted.

"Many of us were taught that in our system of government a person is innocent until proven guilty. It looks like Rep. Coffman believes that the opposite is true when it comes to Hillary Clinton," said Steven Aftergood, director of the Project on Government Secrecy at the Federation of American Scientists.

Other experts in national security classification policies echoed this view that she did not break the law, even while acknowledging Clinton’s actions were wrong.

"Secretary Clinton’s actions were pretty stupid, and perhaps even reckless," Stephen Vladeck, a law professor at the University of Texas, told PolitiFact. "But I don’t believe she broke the law, and neither do most of the other academic experts on the statute in question, the Espionage Act of 1917.

Vladeck continued, "Congressman Coffman is certainly entitled to his opinion, and the fact that Secretary Clinton is not being prosecuted does not prove that she didn’t break the law, but he ought to be much clearer that he’s just stating his opinion — and that, until and unless she is indicted, tried, and convicted, it’s not legally accurate to assert, as a matter of fact, that she broke the law."

"I believe it to be fair comment for one citizen to observe that another citizen has violated the law," Norton said. "Whether or not that fair comment leads to the filing of criminal charges and/or a civil complaint is another story. And in the criminal justice process, each and every charged individual is presumed to be innocent unless or until proven guilty beyond a reasonable doubt."

However, Norton added that he thinks Comey erred in his analysis of the law and the evidence against Clinton and she should have been charged with gross negligence.

The battle over whether Clinton should be prosecuted continues. Chaffetz and Rep. Bob Goodlatte, R-Virginia, sent a letter on Aug. 15 asking the Justice Department to investigate whether Clinton committed perjury when she denied sending or receiving email marked classified during sworn testimony to the House committee on Benghazi last October. The next day, the FBI turned over to Congress documents related to its investigation of Clinton’s use of the private email system, news organizations reported.

In response to a civil lawsuit by the conservative advocacy group, Judicial Watch, a federal judge on Friday ordered Clinton to provide written testimony under oath about why she set up the private computer server to send and receive emails while secretary of state, the New York Times reported.

The legal skirmishes appear to ensure the email case will hang over the Clinton campaign right up to the election.