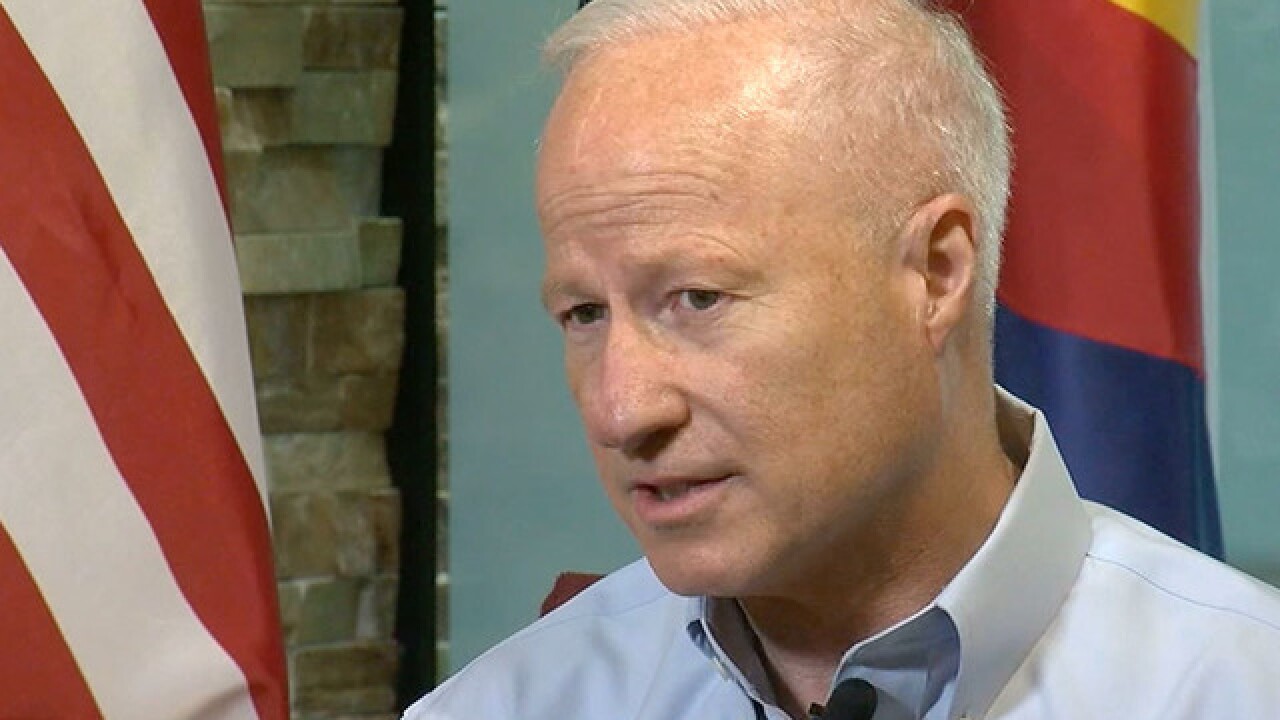 Trump made the announcement on Twitter that Shulkin was out and that he’d nominated White House physician Rear Admiral Ronny Jackson to succeed Shulkin at the VA.

"Dr. Shulkin came from within the VA and did nothing to clean up the culture of the bureaucratic incompetence that has defined the leadership at the VA," Coffman said in a statement. "I'm absolutely convinced that only someone from outside the VA can clean up the VA, and I hope that Admiral Jackson will be Marine Corp tough in getting that mission accomplished. Our veterans deserve better."

Shulkin’s ouster had been anticipated , and sought by Coffman , for weeks after an inspector general report found Shulkin improperly accepted Wimbledon tickets on a trip to Europe, that he lied about the trip, and that one of his aides doctored emails so his wife could travel along with him. But Coffman had said he intended to stay.

Coffman initially called for Shulkin to resign after the report was made public, then wrote to Trump on Feb. 28 asking him to fire Shulkin.

The over-budget and behind-schedule Aurora VA hospital also came into play in Coffman’s stance. He said Shulkin made Americans trust the department even less than it already did because of his actions and said it was time to “clean house” at the VA earlier this year.

The VA inspector general referred the report on Shulkin and his staffers to the Department of Justice, which declined to prosecute the case.

The Associated Press  additionally reported  that there will be another inspector general report coming out this summer detailing Shulkin’s alleged use of his security detail for personal errands.

In addition to nominating Jackson, Trump said he’d picked Robert Wilkie, the Under Secretary of Defense for Personnel and Readiness, to serve as the acting head of the VA.