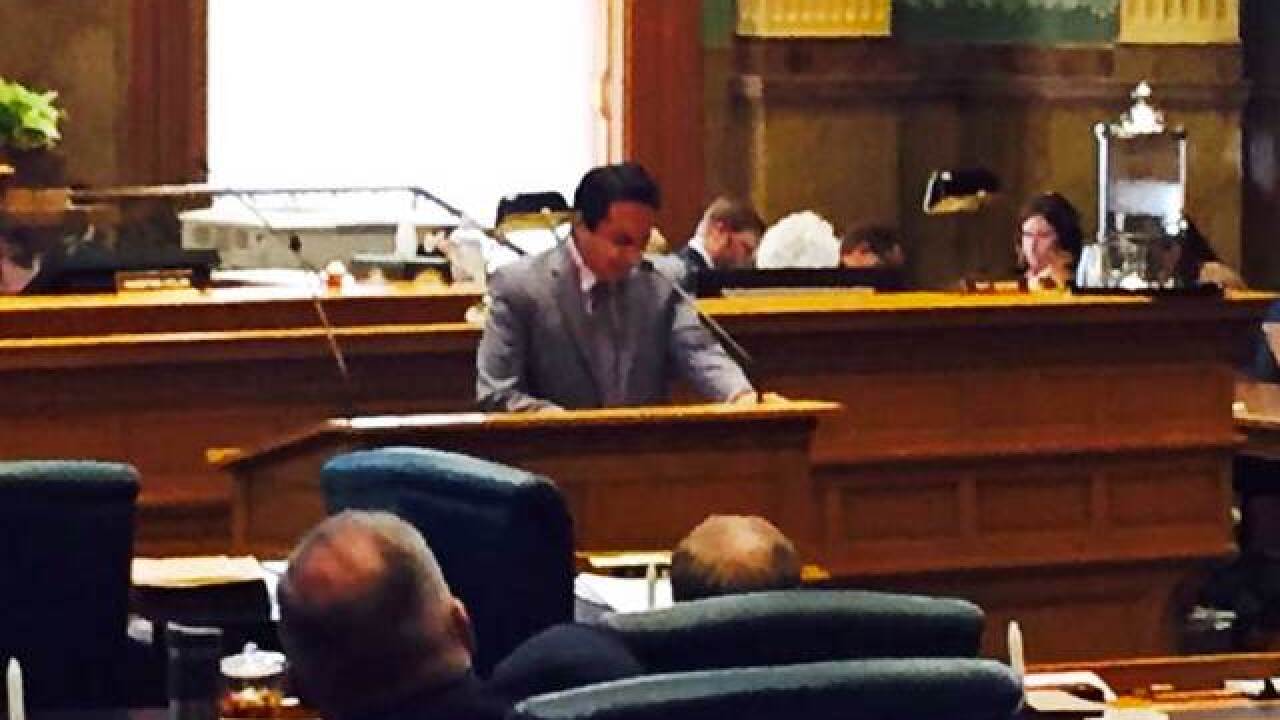 "I will never repeat this mistake."

That's what a tearful Dan Pabon told fellow lawmakers at the state Capitol on Monday.

According to the probable cause statement, Pabon’s speech was slurred and he was mumbling. His breath had a “strong odor of an unknown alcoholic beverage” and he was swaying and staggering.

"I will work tirelessly to restore your confidence in me," Pabon told the legislature.

"Representative, what did you have to drink that night?" asked Denver7 Political Reporter Marshall Zelinger.

"I had a few beers over the course of several hours, and clearly, it was one beer too many and I made a mistake in getting behind the wheel," said Pabon.

He later clarified that he had four or five beers over the course of the night.

His first beer was after 6:45 p.m. at a craft beer event at the Governor's Mansion. He said he then went to dinner with friends at Sam's No. 3 on 15th and Curtis, where he consumed the other drinks.

He failed field sobriety tests and was transported to Denver Health Medical Center for a blood test.

On Tuesday afternoon, one of his bills dealing with DUI drivers is supposed to be signed into law by the Governor. The bill would allow DUI drivers to be charged up to $50 to attend and speak at a DUI victim impact panel.

"It's not lost on me that I have worked to pass laws with stiffer penalties for driving under the influence," said Pabon. "There's a law right now on the Governor's desk that will empower prosecutors and judges to use victim impact panels to bring those, now like me, who choose to drink and drive, face-to-dace with real life victims of those bad choices. Today, needless to say, I believe in this legislation more than I did five days ago."

"The bill signing should still take place because Mothers Against Drunk Driving worked really hard on this bill. I understand that the organization has a non-intervention policy, where if there's a pending case, they will not be involved in that case. And they're treating this, me, as one of those cases," said Pabon. "It's my understanding that they may not come to the bill signing and if that's the case, then my response is that I will not be there if it precludes them from being there because they're the ones that deserve the credit for all the hard work that they've done on this bill."

He said that he will not voluntarily give up his leadership post as Speaker Pro Tempore, which is the third highest in the House. His current term is up this year and Pabon said he would still run for re-election.

While he awaits the results of that blood test, his license is still active. He told Denver7 that he drove to work on Monday morning.

"I did not have my license suspended because I fully volunteered with the investigation. Because I had my blood drawn, that takes some time to get those results, and until those results are returned, I'm fully able to drive," said Pabon.

He also told reporters that he would be willing to plead guilty if his blood test shows that he was beyond the legal limit.

"I plan on wholeheartedly accepting the penalties that come from my actions," said Pabon. "As a legislator, I've worked to contain the damage that poor decisions, like the ones I made last week, have on our communities."